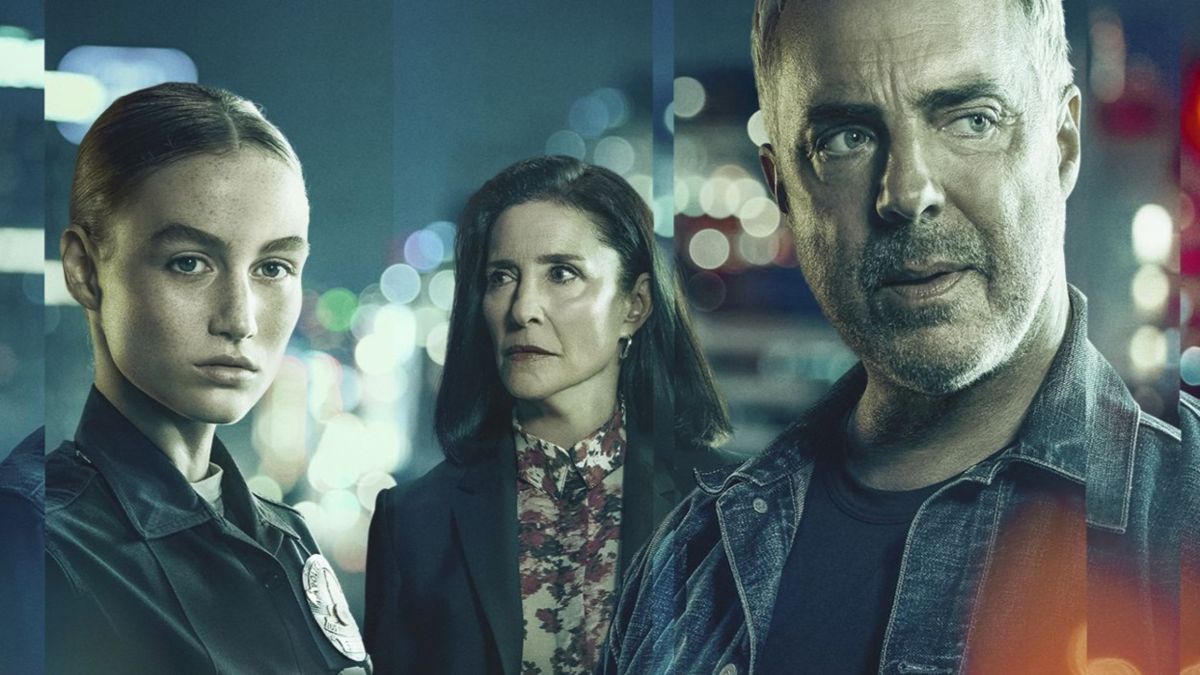 7 new movies and TV shows on Netflix, Prime Video, HBO Max and more this weekend (May 6)

It’s been a while since the last great whodunnit. Sure, Sir Kenneth Branagh has treated us to a couple of starry Agatha Christie adaptations in recent years (the latest being Death on the Nile) and Rian Johnson’s Knives Out took us all by surprise in 2019, but genuinely thrilling small screen mysteries have been few and far between.

Below, we’ve rounded up our pick of the seven biggest new movies and TV shows available to watch on Netflix, Prime Video, HBO Max and more this weekend.

If you’re keen to sink your teeth into a healthy helping of true crime drama over the next few days, The Staircase may be the answer to your prayers.

A starry adaptation of the 2004 French-produced docuseries of the same name (which made its way onto Netflix in 2018 along with three new episodes), HBO’s latest follows the trial of crime novelist Michael Peterson (Colin Firth), a family man accused of murdering his wife (Toni Collette) by supposedly pushing her down a flight of stairs. To say more risks spoiling the intrigue of the show’s hard-to-believe story, but critics have lauded this latest adaptation as a “fascinating look at guilt, innocence and image.”

The first three episodes of The Staircase are available to watch today on HBO Max, with the remaining five arriving weekly every Thursday. UK viewers can catch the series streaming at the same time on Sky Atlantic and Now TV.

Now available to stream on HBO Max in the US and Sky Atlantic and Now TV in the UK.

Amazon’s successful Bosch series gets the spin-off treatment with Bosch: Legacy, which begins streaming on Freevee (as opposed to Prime Video) this weekend.

Formerly known as IMDb TV (which itself was rebranded from IMDb Freedive in 2019), Freevee is Amazon’s free, ad-supported video channel, available to Amazon account holders in the US and UK through the Prime Video website or app. Bosch: Legacy sees Titus Welliver reprise his role as the titular detective, who now finds himself working for former foe Honey Chandler.

The series is Freevee’s highest-profile property to date (though it’s soon to be joined by several new shows) so is definitely one to catch for fans of Michael Connelly’s best-selling novels. Legacy’s first four episodes are available to stream now, with the remaining eight arriving in pairs every Friday until May 27.

Paramount is doubling down on franchise content of late. Arriving hot on the heels of its Halo TV show and much maligned Godfather series is Star Trek: Strange New Worlds, the latest sci-fi series available to stream on Paramount Plus.

A prequel story (and Discovery spin-off) set aboard the USS Enterprise, Strange New Worlds charts the adventures of the iconic ship a decade prior to the arrival of Captain Kirk. According to the show’s creators, it’s much closer in tone and format to the original Star Trek series, which bodes well for long-time Trekkies troubled by Paramount’s recent spin-offs.

Strange New Worlds’ first episode is available to stream now, with the remaining nine entries scheduled to hit Paramount Plus every Thursday. UK viewers will have to wait until June 22 to catch this one, when the service launches across the pond.

Now available to stream on Paramount Plus in the US.

It’s no secret that Netflix needs to mix up its content offering if it hopes to regain the attention of lost subscribers in 2022, but the downright oddity of its latest comedy series, The Pentaverate, does at least prove that the streamer remains willing to take risks.

Written, produced and fronted by legendary funny man Mike Myers, this six-episode show follows the misadventures of a journalist (played by Myers) who believes he’s uncovered a secret society of world-controlling men. The Austin Powers actor also stars as seven other characters in the series, which features turns from fellow comedians Keegan-Michael Key, Ken Jeong and Jennifer Saunders.

Myers hasn’t appeared in any new screen projects for some time, so The Pentaverate seems worth a watch for that reason alone.

Now available to stream on Netflix.

Disney Gallery: The Book of Boba Fett (Disney Plus)

Continuing Disney’s tradition of releasing documentaries that go behind the scenes of its newest shows, Disney Gallery: The Book of Boba Fett puts the streamer’s latest Star Wars series under the microscope.

As you’d expect, this feature-length special features various interviews with the filmmakers, cast and crew responsible for creating The Book of Boba Fett, as well as never-before-seen footage and insight into the technology used to bring the show to life.

We’d usually be inclined to skip making-of documentaries of this type, though any deep dive into showrunner Jon Favreau’s use of giant LED displays is worth a look, in our view.

Now available to stream Disney Plus.

Yellowjackets fans, listen up. The second season of Amazon’s equally brutal (but much less popular) take on Lord of the Flies, The Wilds, has finally washed up on Prime Video.

The survival drama’s first outing followed a group of teenage girls who, after being left stranded on a desert island following a plane crash, discover that their ordeal is the subject of a sadistic social experiment. Season 2, however, ups the ante by adding a whole new threat into the mix – a rival island full of teenage boys.

Think of The Wilds as Robinson Crusoe meets The Hunger Games. The show’s debut season earned near universal acclaim, so we’ve got high hopes for its new episodes, which are all available to stream in one hit right now.

This week’s second documentary pick is a Netflix series that quite literally spends eight hours following the world’s cutest baby animals. It’s also narrated by none other than Helena Bonham Carter, which we think is enough of a description to get you watching (seriously, just look at those baby elephants…).

Now available to stream on Netflix.

Denial of responsibility! TechNewsBoy.com is an automatic aggregator around the global media. All the content are available free on Internet. We have just arranged it in one platform for educational purpose only. In each content, the hyperlink to the primary source is specified. All trademarks belong to their rightful owners, all materials to their authors. If you are the owner of the content and do not want us to publish your materials on our website, please contact us by email – [email protected]. The content will be deleted within 24 hours.
gadget updateHBOMaxmoviesnetflixPrimeshowstech boy
Share FacebookTwitterGoogle+ReddItWhatsAppPinterestEmail

Upgrade your photography with hundreds of Photoshop actions, brushes

Time to ditch your BT, Sky or Virgin router? New broadband tech could boost your…