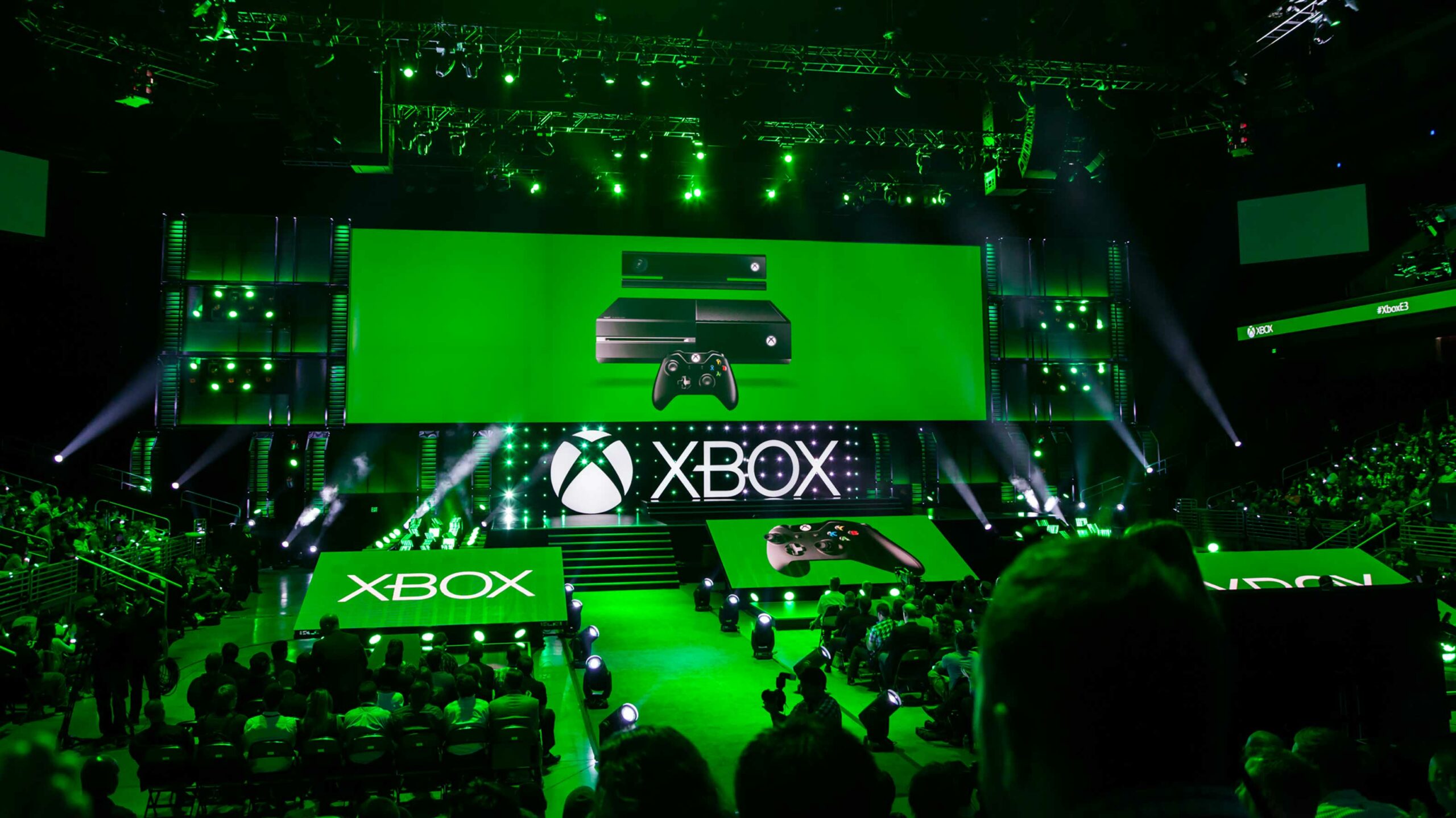 A personal eulogy for the Xbox One following its discontinuation

Earlier this week, Microsoft confirmed that it had quietly stopped producing the Xbox One at the end of 2020 to focus on the Xbox Series X/S.

It was surprising to see since everyone seemed to assume it was still in production. The timing was also interesting, as it came a day after it was revealed that Sony is ramping up PS4 production to compensate for ongoing PS5 shortages.

Now, to be clear, the Xbox One’s discontinuation doesn’t mean that Microsoft is suddenly ending support for the console. First and foremost, many games, such as last month’s Halo Infinite, will still release on Xbox One and Xbox Series X/S. Even games that aren’t natively playable on Xbox One, like Microsoft Flight Simulator, are also being made available on the last-gen hardware via Xbox Cloud Gaming. Finally, of course, all Xbox One games remain accessible on the Xbox Series X/S via backward compatibility.

Still, hearing that the “Xbone” has been discontinued filled me with mixed feelings. On the one hand, it was undeniably a conflicted console. We all know how it started; Canadian-born executive Don Mattrick led the console in a disastrous direction that swiftly gave PlayStation a pivotal lead. An emphasis on general entertainment, like NFL games? A higher cost thanks to the mandatory Kinect pack-in? An “always-on” internet requirement? All bad (something Xbox itself has frequently owned up to), and the console has never quite rebounded since.

But the Xbox One is also an important system in my life — not just as a consumer, but professionally, as well.

I’ve only told this story a few times publicly, but the whole reason I got into journalism was because of Xbox. My high school, Lorne Park Secondary, had a public library right next door with a far bigger selection that was also much quieter. Therefore, I found myself chilling there often on spares, and, while there, poring over Official Xbox Magazine (OXM). As a broke teenager, it was the perfect cost-efficient way to engross me into the world of gaming coverage.

For reference, this would have happened between 2010 and 2012, the final few years of the Xbox 360 era leading into the Xbox One’s launch the following year. I also had only owned a 360 for a couple of years — enough time to play the seminal Mass Effect trilogy — before giving it to my younger cousin in the summer of 2012. Otherwise, I was primarily a PS3 gamer during that console generation and, therefore, had missed out on a lot of 360 games. I would also eventually come across an OXM feature wherein a bunch of games media and game writers talked about how their backgrounds in journalism got them where they were. It was then that I realized that I could use my love of writing to pursue a similar career.

All of this is important context for the next few years. In 2013, I was enrolled at Ryerson University and working part-time at Future Shop (RIP). With some extra money in my pocket and deeper knowledge of Xbox thanks to OXM, I found myself really excited at the prospect of the new console. Again, the launch itself was completely bungled, but the hype surrounding the new generation — which I got to share with coworkers and customers — was palpable.

“…perhaps the biggest thing the Xbox One had going for it for me was Halo: The Master Chief Collection.”

I also got to work the midnight launch for the console, which saw us donning green and black Xbox One shirts and selling all kinds of Ryse: Son of Rome and Dead Rising 3 (the latter developed by the now-defunct Capcom Vancouver) bundles to excited fans. As someone who was painfully introverted in high school, these kinds of communal experiences at work were a critical first step in helping me come out of my shell.

All of that pre-release buildup gives me a uniquely personal tie to the console, but I’d be lying if I said I didn’t have a lot of good experiences with it in the years since. Yes, all of its post-launch shortcomings remain valid, especially a relative lack of major first-party titles amid PlayStation and Nintendo’s consistently strong exclusive output (the latter more so on the Switch than the Wii U).

But there were still some standouts, including Insomniac’s criminally underplayed Sunset Overdrive (arguably the best exclusive on the platform), Remedy’s Quantum Break (which introduced me to the fan-favourite Finnish developer) and Canadian-made Cuphead (the smash hit indie game that really opened up my previously narrow-minded self into indie games). And, incidentally, the first console I ever got early to review was also the mid-generation Xbox One X, which was a pretty surreal experience in its own right.

I credit Cuphead with getting me fully into indie games, which was a major development in my gaming history.

But perhaps the biggest thing the Xbox One had going for it for me was Halo: The Master Chief Collection. I played a lot of Halo 3 online with my cousins whenever I went to Florida, but beyond that, the series was foreign to me. While the widespread online multiplayer issues at and post-launch remain inexcusable, the collection was an essential way for me to experience such a key franchise in gaming history, especially Halo 2. The same could be said for the Gears series, which I had never played prior to Xbox One. I’ve since been able to interview some of the people who make the games for a feature I’m particularly proud of.

In fact, that’s the big reason really why I came to use the Xbox One a lot: preservation. Again, is it ideal that you’re using a console more for previous generations of games than new titles? No, but it’s still an important and oft-overlooked facet of gaming. 2015 saw the support of backwards compatibility for 360 games, and in 2017, we got original Xbox titles. Unlike PlayStation, which has only offered a few select PS2 titles on PS4, or Nintendo, which locks select emulated retro behind its pricey Switch Online membership, Xbox offers low-cost access to a wide variety of classic games, like Star Wars: Knights of the Old Republic and Splinter Cell: Chaos Theory. To truly appreciate an art form, you need to branch out and expand your horizons, and the breadth of backward compatible titles certainly helped me achieve that.

“Like a bumpy relationship one has with an ex, I may not have always liked where the Xbox One went, but it undeniably played a big role in getting me to where I am today.”

And, of course, the Xbox One’s stumbles were essential to steering the brand to where it is now. Beyond backwards compatibility, Xbox also launched a lot of other great initiatives during the Xbox One era, including its Xbox Game Pass service (by far the best value in gaming), really neat custom ‘Design Lab’ and ‘Elite’ controller options and dual console-PC releases. The PC support is especially important since it helped inform Microsoft’s current commitment to bringing games to multiple platforms, including mobile, through Xbox Cloud Gaming. Developers, of course, understandably want their games made playable to as many people as possible, and we’ve since seen even PlayStation bring some key titles to PC.

These are all efforts that Xbox likely wouldn’t have made if it was in first place. As we’ve seen before, market leader roles tend to make companies get complacent, like with Sony going from the PS2 to the PS3 or Xbox itself transitioning from the 360 to Xbox One. And if it weren’t for the championing of Xbox boss Phil Spencer and his team, who have done a far better job than Don Mattrick, Microsoft could have walked away from Xbox entirely.

Instead, Microsoft CEO Satya Nadella is so on board that the company’s been investing so much more into first-party, especially through its $7.5 billion acquisition of Bethesda parent company ZeniMax. Those efforts are looking to start to alleviate the Xbox One era drought of exclusives through Halo Infinite in December and upcoming titles like Redfall (summer 2022) and Starfield (November 2022), plus undated titles like Senua’s Saga: Hellblade II, The Outer Worlds 2, Avowed and Everwild.

In the end, the journey of the Xbox One has been quite the wild ride. It had a lot of significant issues out of the gate, and some key ones that persisted even until its final years. But it also signalled a change not only for Microsoft, but for me personally. Like a bumpy relationship one has with an ex, I may not have always liked where the Xbox One went, but it undeniably played a big role in getting me to where I am today.

Here’s to you, Xbox One, and to where Xbox goes next.

Denial of responsibility! TechNewsBoy.com is an automatic aggregator around the global media. All the content are available free on Internet. We have just arranged it in one platform for educational purpose only. In each content, the hyperlink to the primary source is specified. All trademarks belong to their rightful owners, all materials to their authors. If you are the owner of the content and do not want us to publish your materials on our website, please contact us by email – [email protected]. The content will be deleted within 24 hours.
discontinuationeulogygadget updatepersonaltech boytech newstech news boytech update
0
Share FacebookTwitterGoogle+ReddItWhatsAppPinterestEmail

Call of Duty: Mobile Season 1: Heist – All you need to know | Digit