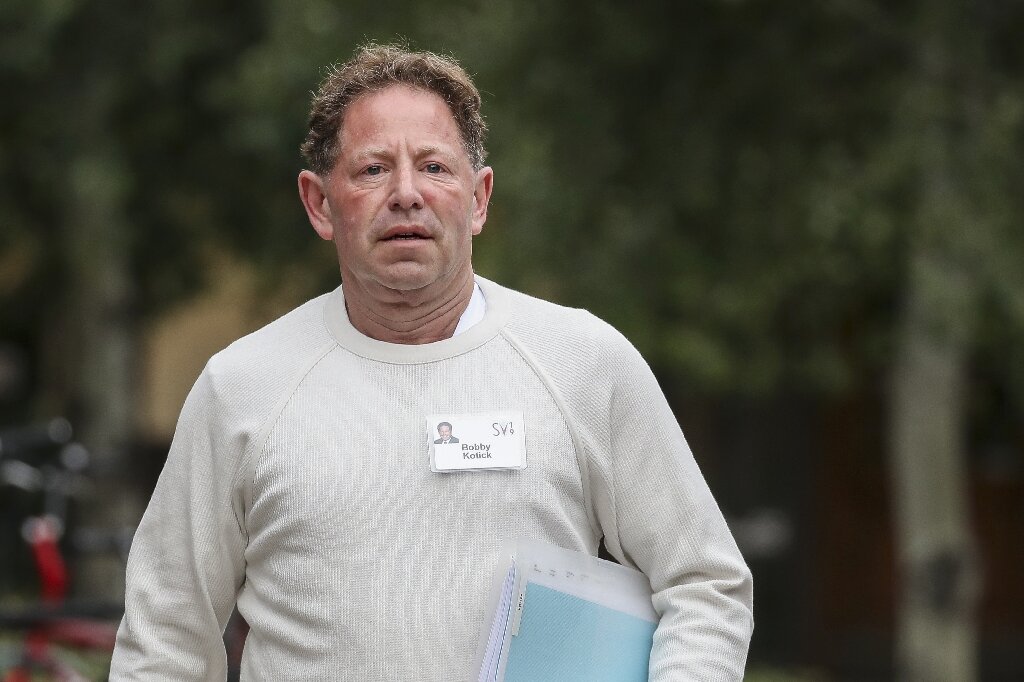 The video game giant Activision Blizzard has fired nearly 40 employees and disciplined about 40 others since July as it deals with allegations of sexual harassment and other misconduct, The Wall Street Journal said Monday.

The newspaper, which quoted people familiar with the situation, said that over the past seven months the company has also received about 700 reports of employee concerns over sexual assault or harassment or other misconduct, in some cases separate reports about the same incident.

A summary of the personnel action that the maker of “Call of Duty,” “World of Warcraft” and other blockbuster games has taken was scheduled to be released before the winter holidays, the Journal said.

But CEO Bobby Kotick delayed the release, arguing that it would make the company’s workplace problems look even bigger than they were known to be, the paper added.

Activision Blizzard did not immediately respond to an AFP request for comment.

In July, California state regulators accused the company of condoning a culture of harassment, a toxic work environment, and inequality.

In September the Securities and Exchange Commission launched a probe into the company over “disclosures regarding employment matters and related issues.”

And two months later the Journal reported that Kotick, accused of mishandling the harassment complaints, has signaled he would consider stepping down if he failed to quicky fix the company culture. He has led the company for more than three decades.

Nearly 20 percent of Activision Blizzard’s 9,500 employees have signed a petition calling for Kotick to resign.

The Journal said the company is under pressure from shareholders and business partners for more accountability over its handling of misconduct issues.

Late last year chief operating officer Daniel Alegre pledged a 50 percent increase in female and non-binary staff over the next five years so that they will account for more than a third of Activision’s workers.

Activision Blizzard chief may step down if misconduct not fixed: media

Denial of responsibility! TechNewsBoy.com is an automatic aggregator around the global media. All the content are available free on Internet. We have just arranged it in one platform for educational purpose only. In each content, the hyperlink to the primary source is specified. All trademarks belong to their rightful owners, all materials to their authors. If you are the owner of the content and do not want us to publish your materials on our website, please contact us by email – [email protected]. The content will be deleted within 24 hours.
activisionallegationsDozensFiredgadget updateharassmenttech boytech news
Share FacebookTwitterGoogle+ReddItWhatsAppPinterestEmail

US airlines warn C-Band 5G could cause ‘catastrophic disruption’

Wondershare DemoCreator does screen capture and editing, all at 30%…

Amazfit GTS 2 Mini review: a VFM tracker that gets most…