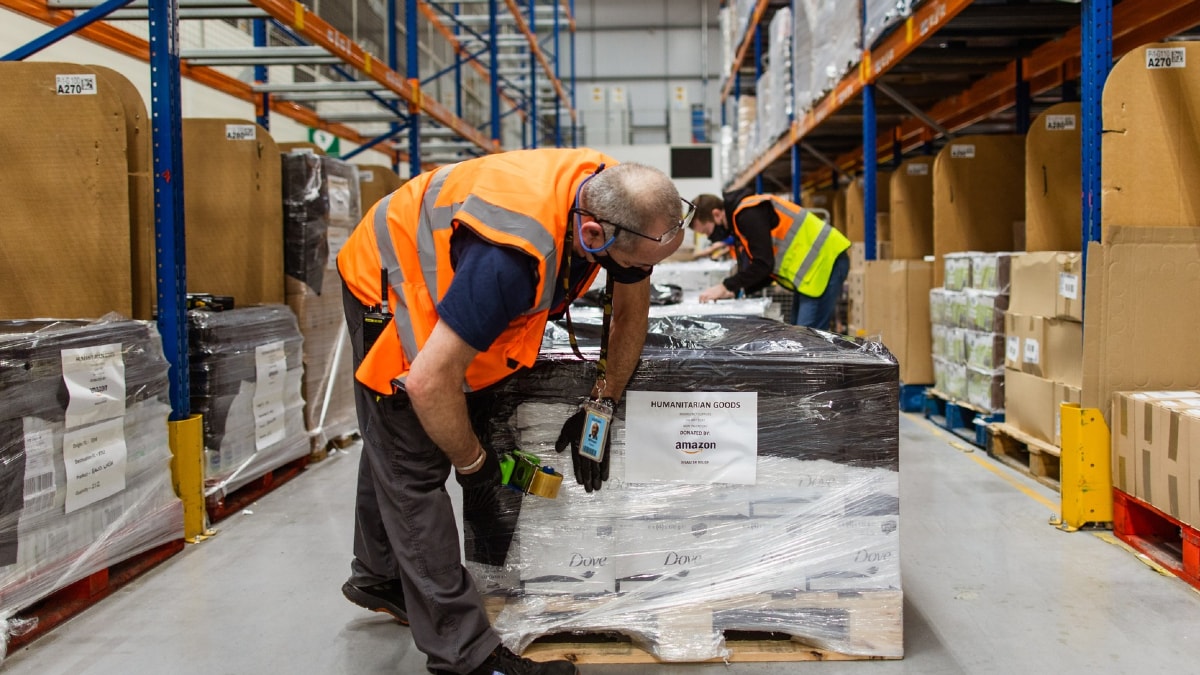 Amazon Workers Sustained Half of US Warehouse Injuries in 2021

Nearly half of all recorded injuries in US warehouses last year occurred at Amazon, according to a report released Tuesday by a coalition of unions. The e-commerce giant has boomed during the pandemic with soaring home delivery demand, but has also faced criticism over workers’ conditions and its labour practices.

“Amazon employed one-third of all warehouse workers in the US, but it was responsible for nearly one-half (49 percent) of all injuries in the warehouse industry,” according to the report by the Strategic Organizing Center (SOC).

The SOC report said US Amazon workers sustained more than 34,000 “serious injuries” on the job last year, a rate more than twice as high as that at warehouses not owned by the company.

Amazon acknowledged an increase in the number of injuries as tens of thousands of employees joined its workforce, but argued the rate at which its people got hurt had declined.

“Like other companies in the industry, we saw an increase in recordable injuries during this time from 2020 to 2021 as we trained so many new people,” the company said.

“However, when you compare 2021 to 2019, our recordable injury rate declined more than 13 percent year over year,” it added.

The coalition said it relies on data provided by Amazon to the US Occupational Safety and Health Administration — the federal agency responsible for preventing workplace injuries.

“After relaxing some of its discipline systems in the first months of the COVID-19 pandemic, Amazon reimplemented its monitoring systems and production pressures in late 2020, and its injury rates rose substantially,” the SOC said.

Hiring at Amazon has spiked during the pandemic.

In June 2021, Amazon changed working conditions, including longer breaks for its workers who prepare, ship and deliver packages.

That decision came after a previous damning SOC report, and an attempt to unionise at an Amazon warehouse in Alabama. That failed, but the campaign exposed what many employees described as the company’s intense pace.

“We need a better vision for our employees’ success,” wrote Amazon founder Jeff Bezos in an annual letter to shareholders in 2020.

“We are going to be Earth’s Best Employer and Earth’s Safest Place to Work,” he promised.

But “in stark contrast to Jeff Bezos’ recent pledge… the injury rate at Amazon facilities increased by 20 percent between 2020 and 2021,” the SOC said.

Amazon workers in New York have voted to launch the first US union at the e-commerce giant, an underdog upset against a company that has steadfastly opposed organised labour in its massive workforce.

Denial of responsibility! TechNewsBoy.com is an automatic aggregator around the global media. All the content are available free on Internet. We have just arranged it in one platform for educational purpose only. In each content, the hyperlink to the primary source is specified. All trademarks belong to their rightful owners, all materials to their authors. If you are the owner of the content and do not want us to publish your materials on our website, please contact us by email – [email protected]. The content will be deleted within 24 hours.
Amazonamazon us warehouse injuries report union 2021 amazongadget updateinjuriesJeff Bezosstrategic organizing centerSustainedtech boy
Share FacebookTwitterGoogle+ReddItWhatsAppPinterestEmail

Clubhouse gets dark mode support on iOS and Android (finally!)