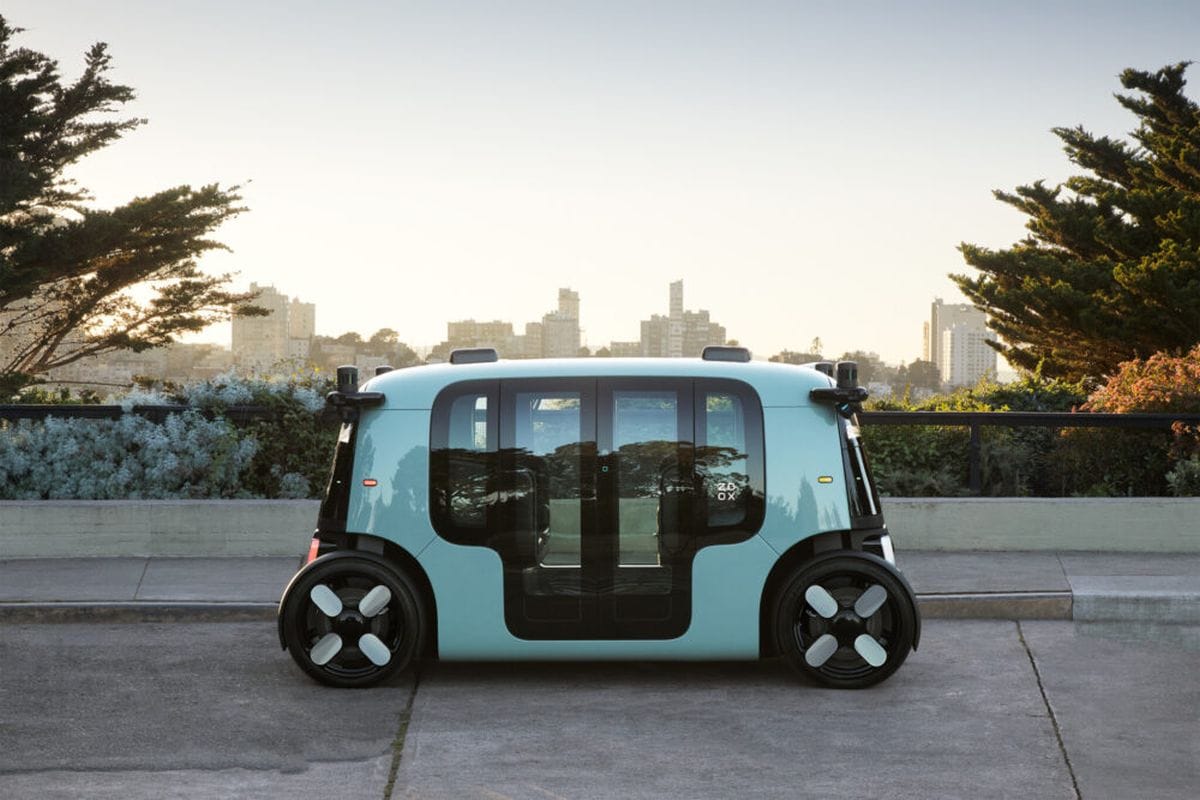 Amazon’s Zoox Seeks to Test Robotaxi in California: All Details

Zoox, a self-driving technology firm owned by Amazon.com Inc, said on Tuesday it was gearing up to launch its robotaxi business, self-certifying that its vehicle with no pedals or steering wheel meets U.S. federal regulations and applying for a permit in California to test-drive it. “We really invested the extra time and resources to build a vehicle that doesn’t require exemptions and then that basically lets us control our own destiny and also deploy our vehicles at scale,” Jesse Levison, Zoox’s co-founder and chief technology officer told Reuters.

Zoox’s vehicle, called VH6, has room for four passengers, with two facing each other – a layout that looks like startup Cruise’s Origin vehicle unveiled in January, 2020. Cruise is controlled by General Motors.

The VH6 is produced in Zoox’s “Kato” factory in Fremont, California, a city where Tesla also builds its cars.

Levinson said the factory has produced dozens of VH6s and the current location can produce tens of thousands of vehicles.

He said that the current economic slowdown has not affected the company and Zoox will increase its employee number to 2,000 this year from 1,400 at the start of the year. Levison also said for now the company is focused on moving people, rather than packages, which is much more lucrative.

“We can compete with, for example, Uber and Lyft and make money and be very cost competitive even in the early days of this technology,” he said.

Generally self-driving tech companies with vehicles without a steering wheel or pedals have applied to the U.S. National Highway Traffic Safety Administration (NHTSA) for an “exemption.” Levinson said Zoox chose instead to self-certify according to Federal Motor Vehicle Safety Standards, acknowledging this was a higher bar that makes Zoox liable for the safety of the vehicle.

The NHTSA exemption usually limits the number of vehicles that can be manufactured as well as the period of production.

Cruise applied this year for a NHTSA exemption. A source close to the company said Cruise viewed that method as more responsible and gives regulators a clearer view into the technology.

Meanwhile Nuro, a self-driving startup backed by SoftBank, said it anticipates its next generation vehicle to “comply with all applicable federal standards at the time that it is deployed”. Its current R2 vehicle with no pedals, steering wheel and room inside only for packages, were manufactured with an exemption from NHTSA.

Denial of responsibility! TechNewsBoy.com is an automatic aggregator around the global media. All the content are available free on Internet. We have just arranged it in one platform for educational purpose only. In each content, the hyperlink to the primary source is specified. All trademarks belong to their rightful owners, all materials to their authors. If you are the owner of the content and do not want us to publish your materials on our website, please contact us by email – [email protected]. The content will be deleted within 24 hours.
AmazonAmazonsautonomous vehiclecaliforniaDetailsevgadget updaterobotaxi
Share FacebookTwitterGoogle+ReddItWhatsAppPinterestEmail

Google Docs is halting one of its most annoying habits