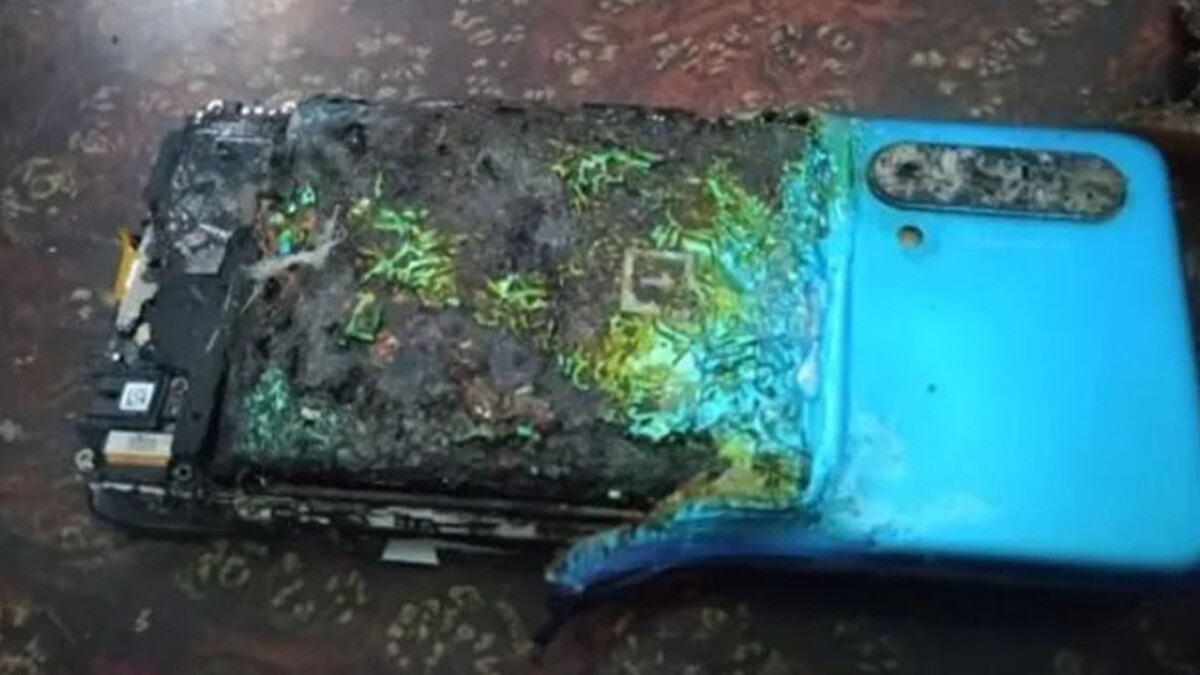 The strange case of OnePlus phones exploding out of the blue has a new development. Another device blasted to pieces in India – this time it’s the OnePlus Nord CE model and thankfully nobody was hurt in the accident.

The unlucky OnePlus user Dushyant Goswami posted images of his toasted One Plus Nord CE on Twitter, and they look pretty nasty. Goswami says that he was just pulling his phone out of his pocket when the device exploded.

The post was subsequently deleted but 91mobiles managed to get a hold of the text: “I own phone from very popular brand ONEPLUS, which promises the best quality. My phone is only 6 months old & it literally blasted yesterday, while I just pulled it out from my pocket. It’s not only bad but fatal. Is brand gonna answerable 4 the accident?”

Goswami was lucky enough not to get injured during the explosion, and he also claims that OnePlus contacted him (maybe that’s the reason the tweet got deleted), and offered to replace the defective handset with a new one.“Thank You Everyone for the support. Yesterday at 8 pm Oneplus team called me and promised me that they will send a new unit by Tuesday,” reads another deleted tweet. This is also the first time OnePlus allegedly replaces an exploded model.

This isn’t the first time a OnePlus device meets its doom in a flamboyant way. Back in August last year, a OnePlus Nord 2 5G got cooked well done after its battery exploded, injuring a woman and knocking her off the bike she was riding during the accident.

OnePlus posted an official statement after the accident, reading: “Our top priority is the health and safety of our customers. We reached out to the concerned user immediately after hearing about this incident and initiated a thorough internal investigation. The results indicate that the damage to this device was caused by an isolated incident involving external factors and not due to any manufacturing or product issue. However, we remain in close touch with this user and have offered our support to address their concerns and ensure their wellbeing.”

The images that were posted on Twitter quickly disappeared, suggesting that a deal had been struck. The internet keeps all its secrets alive, though – so you can check out the toasted Nord 2 below.

Then, just a month later, yet another OnePlus phone exploded, this time inside the pocket of Gaurav Gulati, a lawyer, and social activist. He was at work when he felt his pocket getting warmer. When the heat became unbearable, he managed to take off his coat but suffered serious burns.“I feel like I’ve had my death certificate (the Nord 2) in my pocket. I am very happy that I am still alive,” wrote Gulati to LetsGoDigital, the site that first picked up the story. Again, images from the accident still exist and some of them are somewhat disturbing, so scroll down only if you can stomach it (it’s a picture of a bandaged wound, nothing too gross).

It’s the third (known) accident involving an exploding OnePlus phone. Judging by the photos, the culprit is the battery (also the only potentially explosive part of a smartphone). It’s hard to tell whether we’re seeing a trend or these are just isolated cases of defective units.

Furthermore, this could be a quality control issue – there haven’t been any reported cases of exploding OnePlus phones outside India.

Denial of responsibility! TechNewsBoy.com is an automatic aggregator around the global media. All the content are available free on Internet. We have just arranged it in one platform for educational purpose only. In each content, the hyperlink to the primary source is specified. All trademarks belong to their rightful owners, all materials to their authors. If you are the owner of the content and do not want us to publish your materials on our website, please contact us by email – [email protected]. The content will be deleted within 24 hours.
explodesgadget updateNordOnePlusphonetech boytech newstech news boy
Share FacebookTwitterGoogle+ReddItWhatsAppPinterestEmail

Google takes yet another run at e-commerce—and Amazon

The best monitor for PS5: What are your options?

Save half off a set of wireless JBL earbuds

India Joins Big Tech Companies As They Announce Expansion of…

Google takes yet another run at e-commerce—and Amazon