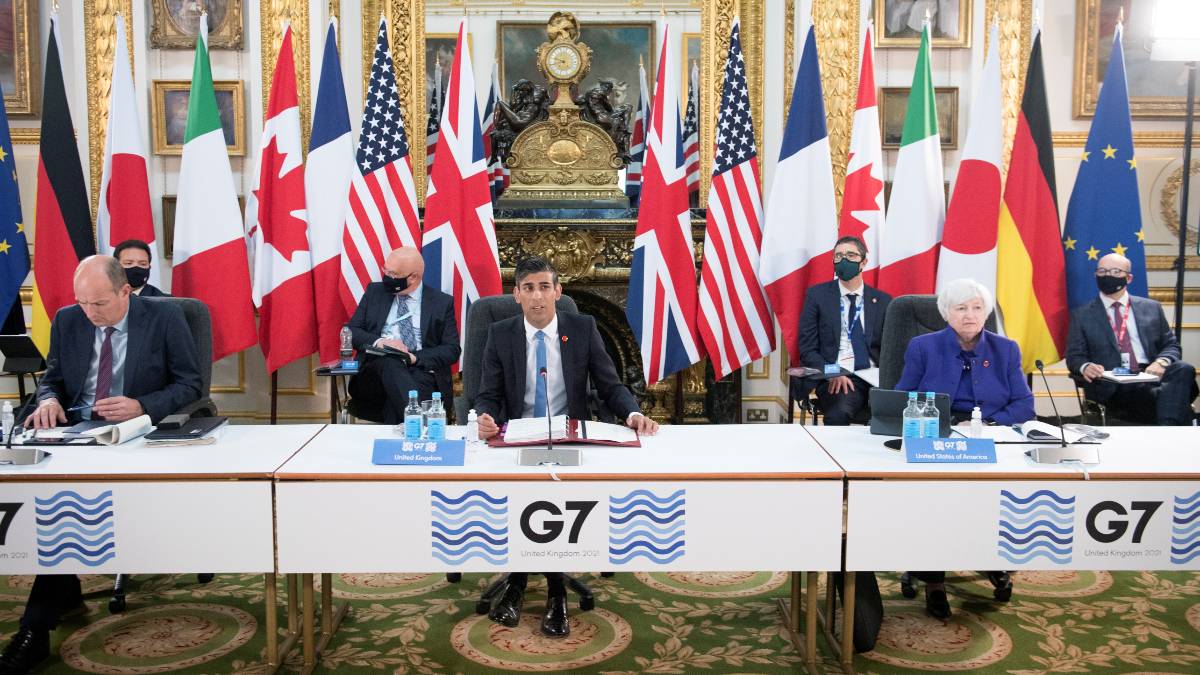 The United States, Britain, and other leading nations reached a landmark deal on Saturday to pursue higher global taxation on multinational businesses such as Google, Apple, and Amazon. In a move that could raise hundreds of billions of dollars to help them cope with the aftermath of COVID-19, the Group of Seven large advanced economies agreed to back a minimum global corporate rate of at least 15 percent and for companies to pay more tax in the markets where they sell goods and services.

US Treasury Secretary Janet Yellen said the “significant, unprecedented commitment” would end what she called a race to the bottom on global taxation.

The deal, which was years in the making, also promises to end national digital services taxes levied by Britain and other European countries which the United States said unfairly targeted U.S. technology giants.

However, the measures will first need to find broader agreement at a meeting of the G20 – which includes a number of emerging economies – due to take place next month in Venice.

“It’s complicated and this is a first step,” Sunak said.

The ministers also agreed to move towards making companies declare their environmental impact in a more standard way so investors can decided more easily whether to fund them, a key goal for Britain.

Rich nations have struggled for years to agree a way to raise more revenue from large multinationals such as Google, Amazon, and Facebook, which often book profits in jurisdictions where they pay little or no tax.

US President Joe Biden’s administration gave the stalled talks fresh impetus by proposing a minimum global corporation tax rate of 15 percent, above the level in countries such as Ireland but below the lowest level in the G7.

Germany and France also welcomed the agreement, although French Finance Minister Bruno Le Maire said he would fight for a higher global minimum corporate tax rate than 15 percent, which he described as a “starting point”.

“Companies will no longer be in a position to dodge their tax obligations by booking their profits in the lowest-tax countries,” he added.

Sunak said the deal was a “huge prize” for taxpayers, but it was too soon to know how much money it would raise for Britain.

The agreement does not make clear exactly which businesses will be covered by the rules, referring only to “the largest and most profitable multinational enterprises”.

European countries have feared that a business such as Amazon could slip through the net as it reports lower profit margins than most other well-known technology companies.

Denial of responsibility! TechNewsBoy.com is an automatic aggregator around the global media. All the content are available free on Internet. We have just arranged it in one platform for educational purpose only. In each content, the hyperlink to the primary source is specified. All trademarks belong to their rightful owners, all materials to their authors. If you are the owner of the content and do not want us to publish your materials on our website, please contact us by email – [email protected]. The content will be deleted within 24 hours.
Amazonappleapple google amazon g7 nations deal tax higher global taxation g7 2021Facebookg7gadget updateglobal taxGoogle
Share FacebookTwitterGoogle+ReddItWhatsAppPinterestEmail

Researchers create robot that smiles back