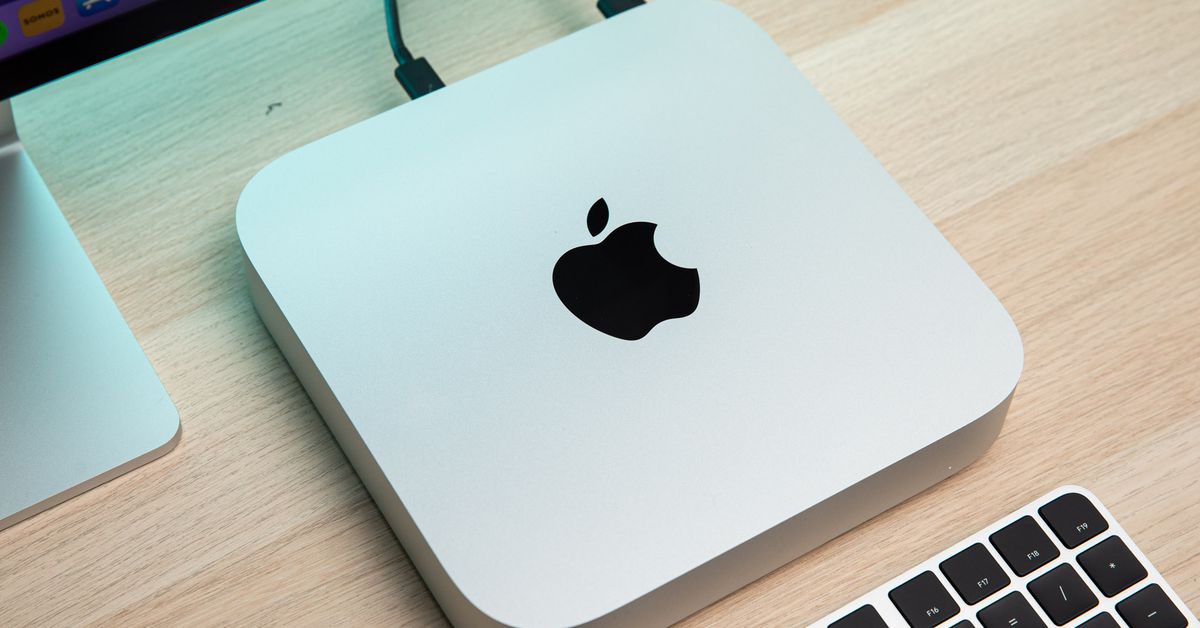 Well, this is convenient timing. Our review of the new M2 Pro Mac Mini just went up, and you can save up to $100 on a preorder of it. The new Mac Mini in both its base M2 configuration and its more powerful M2 Pro version can be preordered at Adorama for $549 ($50 off) and $1,199 ($100 off), respectively, when you use code APINSIDER at checkout (hat tip to Slickdeals). These preorders are set to start shipping tomorrow, January 24th, which is launch day for the new M2-ified MacBook Pros as well. But you might want to jump on this deal quickly, as we’re not sure how long it may stick around.

It’s rare to save anything on Apple stuff the moment it comes out (it’s even less common for preorders), but this is a great opportunity to get the latest Mac Mini for the same price as Apple’s educational discount. The base M2 model of the Mac Mini comes with 8GB of RAM and a 256GB SSD, while the M2 Pro model obviously has the superior processor plus 16GB of RAM and 512GB of storage. It also has an expanded port selection, from two USB-C ports to four. With this preorder discount, use that money you saved toward a monitor, mouse, and keyboard. (The Mac Mini doesn’t include them.)

Over in the world of gaming, the Xbox Elite Series 2 Core controller is on sale for $99.95 ($30 off) at Woot. This is Microsoft’s latest version of the customizable premium controller, though it essentially matches the same specs and design as the regular Elite Series 2 with some extras stripped out for a cheaper price and a slick white and black color scheme. While the Elite controllers have not been without their issues, they remain one of the best controllers you can get for Xbox and PC — offering a much more premium build over the standard Xbox controller and a built-in rechargeable battery that charges via USB-C (as opposed to swappable AA batteries).

Now, there are some things to keep in mind with the Elite Series 2 Core. First off, if you want the four customizable rear paddle buttons, you have to buy a separate accessories pack that runs $59.99 (which, combined with this deal, will run you a total of $159.94 — still cheaper than a $179.99 Elite Series 2). Also, the Elite Series 2 Core normally comes with a 90-day warranty instead of the extended one-year warranty of the regular Elite Series 2. Woot indicates on its sale page that the warranty for the Core is one year, but it’s possible that’s not accurate.

The Xbox Elite Wireless Controller Series 2 Core is functionally identical to the more expensive Elite Series 2 but doesn’t come with the extra D-pad, back paddles, thumbsticks, or charging case. Those can be purchased separately for $59.99.

Back in Apple land, Verizon’s $50 discount on the second-gen AirPods Pro is still running, which knocks the price of the premium wireless earbuds down to $199.99. This remains the best price on Apple’s priciest Bluetooth buds to date, which look a whole lot like the originals but feature much improved noise cancellation, overall better sound quality, a handy new volume up / down gesture control, and a built-in speaker in the case for chirping it through the Find My app if you misplace it.

There’s a lot to like about the latest AirPods Pro if you’re an iPhone, iPad, or Mac user and don’t mind further locking yourself into Apple’s ecosystem. Read our review.

Apple’s latest AirPods Pro take after the last-gen model but include swipe controls and a new H2 chip that allows for improved noise cancellation. They also come with a water-resistant charging case that offers support for Apple’s robust Find My network.

If you’re looking to get into podcasting, streaming, or just sounding much better on Zoom calls, then a good mic is a must. The Blue Yeti USB microphone is on sale for $64.99 at GameStop. That’s a savings of $65, so you’re getting this slick black version of the Yeti (the coolest-looking one, in my opinion) at its best price ever. Plus, if you add a three-month prepaid membership to PC Game Pass to your cart with the mic, you’ll get $10 off of that (regularly $29.99).

Now, choosing a microphone can be a personal decision for a lot of folks. There is no perfect mic, but many people are fans of how the Blue Yeti looks and sounds. The truth is that many people accidentally misuse this mic (you’re supposed to talk into the side of it, not the top) and use it in spaces that are far from ideal. The Yeti is a condenser mic, so it performs best in a room free of hard surfaces that create reflections. However, even if your space is not perfectly treated, you can make good use of a mic like this as long as you get it close to your mouth (leaving it on your desk is bound to pick up your keyboard more than your voice). So if you’re taking advantage of this stellar deal, do yourself a favor and look into a boom arm.

The Blue Yeti is a tried-and-true USB mic. The well-built device is incredibly easy to use and features onboard controls for simple operation, ensuring you can capture studio-quality sound in your bedroom or home office with ease.

More deals for your Monday:

Denial of responsibility! TechNewsBoy.com is an automatic aggregator around the global media. All the content are available free on Internet. We have just arranged it in one platform for educational purpose only. In each content, the hyperlink to the primary source is specified. All trademarks belong to their rightful owners, all materials to their authors. If you are the owner of the content and do not want us to publish your materials on our website, please contact us by email – [email protected]. The content will be deleted within 24 hours.
AdoramaApplesgadget updateMacminitech boytech newstech news boy
Share FacebookTwitterGoogle+ReddItWhatsAppPinterestEmail