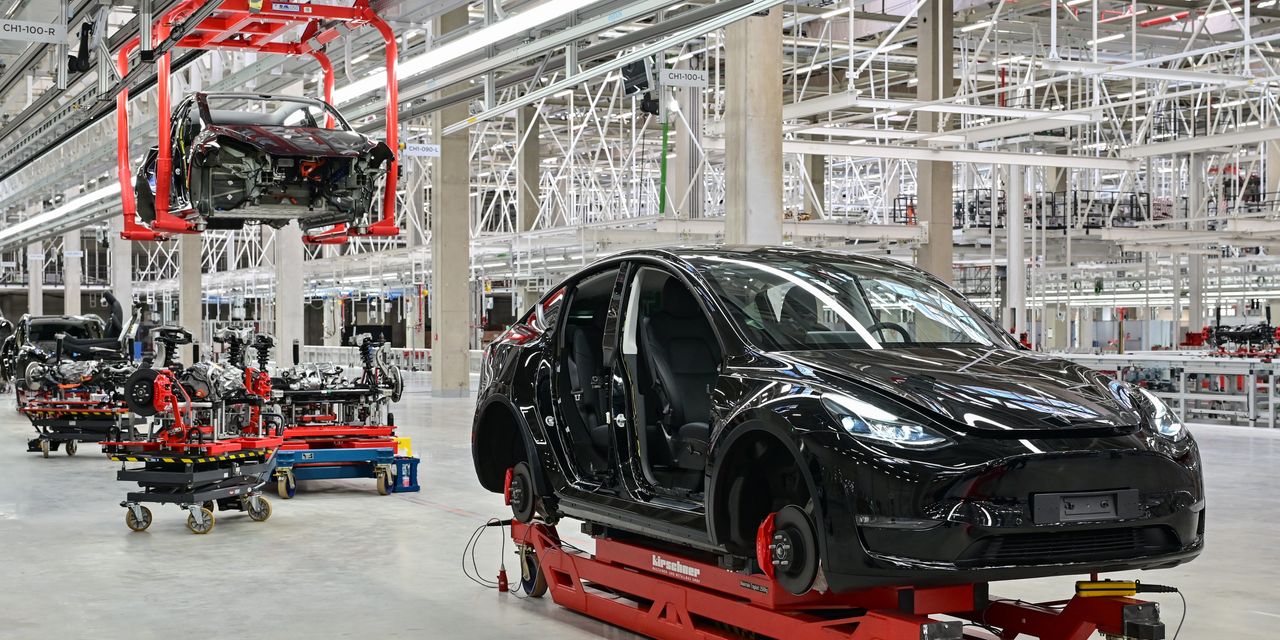 The U.S. auto-safety regulator is stepping up scrutiny of

voicing concern that a lack of transparency related to the company’s advanced driver-assistance features could undermine safety oversight.

The National Highway Traffic Safety Administration, in a letter made public Wednesday, asked the electric-car maker why it didn’t issue a formal recall in connection with a recent update to its advanced driver-assistance system known as Autopilot.

Tesla’s update, released to at least some vehicles in late September, was intended to improve the ability of vehicles operating on Autopilot to detect flashing emergency lights, the agency said. Tesla made the change roughly a month after the NHTSA opened an investigation into Autopilot following a series of crashes involving Teslas and one or more parked emergency vehicles. Autopilot is designed to help with highway steering and adjusting a car’s speed to that of other vehicles on the road.

Any manufacturer that releases a software update designed to mitigate a defect that “poses an unreasonable risk to motor vehicle safety” is required to file a recall notice with the agency, the NHTSA said. That paperwork is due within five business days of when a company knew or should have known about the defect.

Tesla didn’t immediately respond to a request for comment. The company has said driving with Autopilot engaged is safer than doing so without it.

In a separate letter also made public Wednesday, the auto-safety regulator criticized Tesla’s efforts to limit public discussion about a driver-assistance tool that is aimed at helping drivers navigate cities. Tesla had been testing the feature with a small group of employees and customers and recently began expanding access to people who had purchased a package that Tesla calls “Full Self-Driving Capability.” Full Self-Driving doesn’t make cars autonomous.

“Given that NHTSA relies on reports from consumers as an important source of information in evaluating potential safety defects, any agreement that may prevent or dissuade participants in the early access beta release program from reporting safety concerns to NHTSA is unacceptable,” the agency said.

said at a conference last month that the nondisclosure agreements might not be necessary.

NHTSA requested copies of any nondisclosure agreements signed by people who received early access to Tesla’s city driving feature. Those documents, as well as Tesla’s response to questions related to its emergency-light-detection update, are due Nov. 1, the NHTSA said.

Tesla has faced criticism from other safety officials.

who leads the National Transportation Safety Board, told The Wall Street Journal last month that Tesla shouldn’t roll out its city-driving tool before addressing what the agency views as safety deficiencies in the company’s technology. The NTSB investigates crashes but doesn’t have regulatory authority.

Denial of responsibility! TechNewsBoy.com is an automatic aggregator around the global media. All the content are available free on Internet. We have just arranged it in one platform for educational purpose only. In each content, the hyperlink to the primary source is specified. All trademarks belong to their rightful owners, all materials to their authors. If you are the owner of the content and do not want us to publish your materials on our website, please contact us by email – [email protected]. The content will be deleted within 24 hours.
accidentsAccidents/Man-made DisastersAlternative Fuel VehiclesAutomotiveAutoSafetyC&E Exclusion FilterC&E Industry News Filtercapacity
0
Share FacebookTwitterGoogle+ReddItWhatsAppPinterestEmail