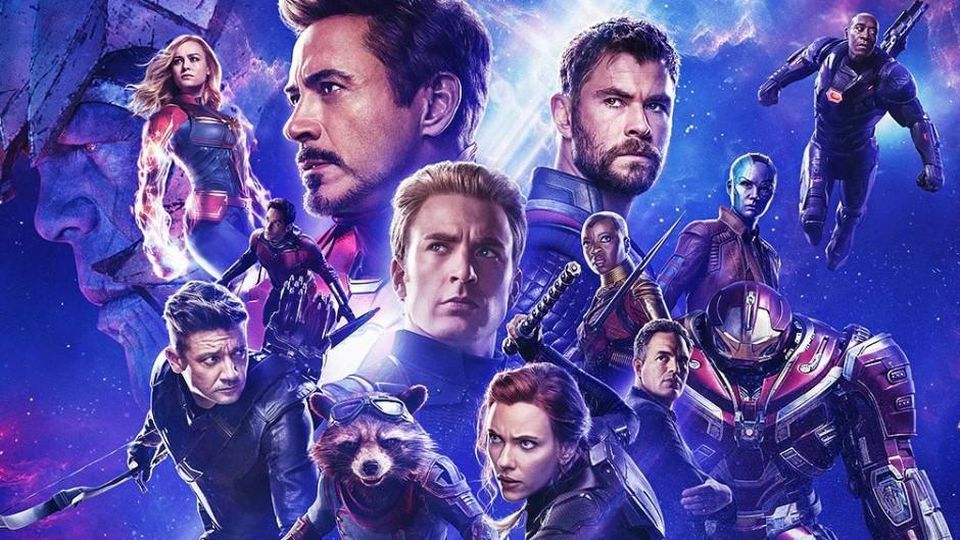 According to The Hollywood Reporter (opens in new tab), Cretton – who directed 2021 Marvel movie Shang-Chi and the Legend of the Ten Rings – has signed on to lead production on Avengers: The Kang Dynasty.

Cretton’s continued involvement in the Marvel Cinematic Universe (MCU) will come as no surprise to diehard Marvel fans. Following his superb work on arguably the best Marvel Phase 4 film, the US filmmaker penned a multi-project deal with Marvel Studios in December 2021. Those plans reportedly include Cretton returning to direct a Shang-Chi sequel.

With Marvel handing the reins to Avengers 5 to Cretton, too, the studio clearly has confidence in the Just Mercy director delivering another suitably epic superhero flick. Avengers: The Kang Dynasty won’t arrive in theaters until May 2025, though – it’s part of Marvel’s Phase 6 plans, which were tentatively revealed during the studio’s main presentation at Comic-Con 2022. There’s plenty of time, then, for Cretton to create a blueprint befitting an Avengers movie.

Shang-Chi is arguably the best Marvel Phase 4 movie – so you can bet your ass I’m delighted with this news (if it’s true, of course) https://t.co/HYcFqHWciCJuly 26, 2022

It’s unclear if Cretton will have dual responsibilities on Avengers 5. Cretton co-wrote Shang-Chi alongside Dave Callaham (Ant-Man, Wonder Woman 1984) but, according to MCU insider Charles Murphy (opens in new tab), there’s no word on whether Cretton will write and direct the upcoming Avengers film.

It’s equally uncertain if Cretton will direct Avengers 6, aka Secret Wars. The Russo brothers, who have helmed four MCU movies including Avengers: Infinity War and Avengers: Endgame, have repeatedly spoken of their desire to adapt that comic series for the MCU. However, with the duo busy on other projects including a sequel to The Gray Man, the latest hit Netflix movie, the duo’s schedule is packed enough as it is.

If The Hollywood Reporter’s claim is correct, it’ll be a busy few years for Cretton. As well as Shang-Chi 2, the 44-year-old is believed to be developing a Disney Plus series based on another underrated Marvel superhero in Wonder Man. Meanwhile, a Shang-Chi spin-off show starring Meng’er Zhang’s Xu Xialing – aka Shang-Chi’s sister – is also in the works for Disney Plus. Cretton is thought to be involved in its development, too, which is said to follow Xu’s revamp of the Ten Rings organization. However, Marvel didn’t provide any details (or confirmation, for that matter) on either TV show during its primary Comic-Con 2022 panel.

In fact, it’s going to be a busy period overall for Marvel. At Comic-Con, the studio announced that its current Phase 4 slate would end with Black Panther: Wakanda Forever, which arrives in theaters in November. Marvel also announced its full line-up of movies and shows for MCU Phase 5, starting with Ant-Man and the Wasp: Quantumania in February 2023. In total, Phase 5 will comprise six movies and seven TV series.

Finally, Marvel teased its plans for Phase 6, which will begin in November 2024 with its Fantastic Four reboot. The next two Avengers movies – The Kang Dynasty and Secret Wars – will follow May and November 2025 respectively.

Analysis: a stellar director for a massive MCU movie

On the surface, Cretton may not have appeared as the most likely candidate to helm Marvel’s next Avengers movie. Until he directed Shang-Chi, Cretton had largely been involved in the indie film scene, with credits on films such as I Am Not a Hipster and Short Term 12.

However, considering how well Shang-Chi was received, it’s only right that Cretton is given the opportunity to make a more grandiose MCU movie involving multiple superheroes. Okay, Shang-Chi only made $432.2 million at the worldwide box office – making it the fifth lowest grossing Marvel movie ever – but that was during a time when the pandemic still loomed large over the theatre going experience. For context, it did beat another Phase 4 movie in Black Widow ($379.8 million) and the first Captain America film ($370.6 million) monetarily. Given the immense popularity of that duo and Shang-Chi’s relative obscurity before he made his MCU debut, his box office takings shouldn’t be sniffed at.

Meanwhile, Shang-Chi is one of the highest-rated Marvel movies of all-time. The film currently sits ninth on Rotten Tomatoes’ best Marvel movies list (opens in new tab) with a 91% certified fresh rating. Spider-Man: No Way Home is the only MCU Phase 4 movie with a better score (93%) – again, though, given how popular the webslinger is, the fact that Shang-Chi holds its own against Spider-Man’s third MCU outing is something to be admired.

No Way Home aside, Shang-Chi and the Legend of the Ten Rings is my favorite Marvel Phase 4 film. Okay, it may sit 18th out of 29 movies in TechRadar’s best Marvel movies ranked guide, but it’s a rip-roaring, funny, and emotional film that contains some of the best action sequences in the MCU. A lot of that is down to Cretton’s involvement and, if he can deliver a similarly well-balanced, thrilling and shocking movie with Avengers: The Kang Dynasty, we’re all in for a wild ride.

For more Marvel-based content, check out our Marvel movies in order guide.

Denial of responsibility! TechNewsBoy.com is an automatic aggregator around the global media. All the content are available free on Internet. We have just arranged it in one platform for educational purpose only. In each content, the hyperlink to the primary source is specified. All trademarks belong to their rightful owners, all materials to their authors. If you are the owner of the content and do not want us to publish your materials on our website, please contact us by email – [email protected]. The content will be deleted within 24 hours.
AvengersDirectorgadget updatelandedMarvelPhasetech boytech news
Share FacebookTwitterGoogle+ReddItWhatsAppPinterestEmail