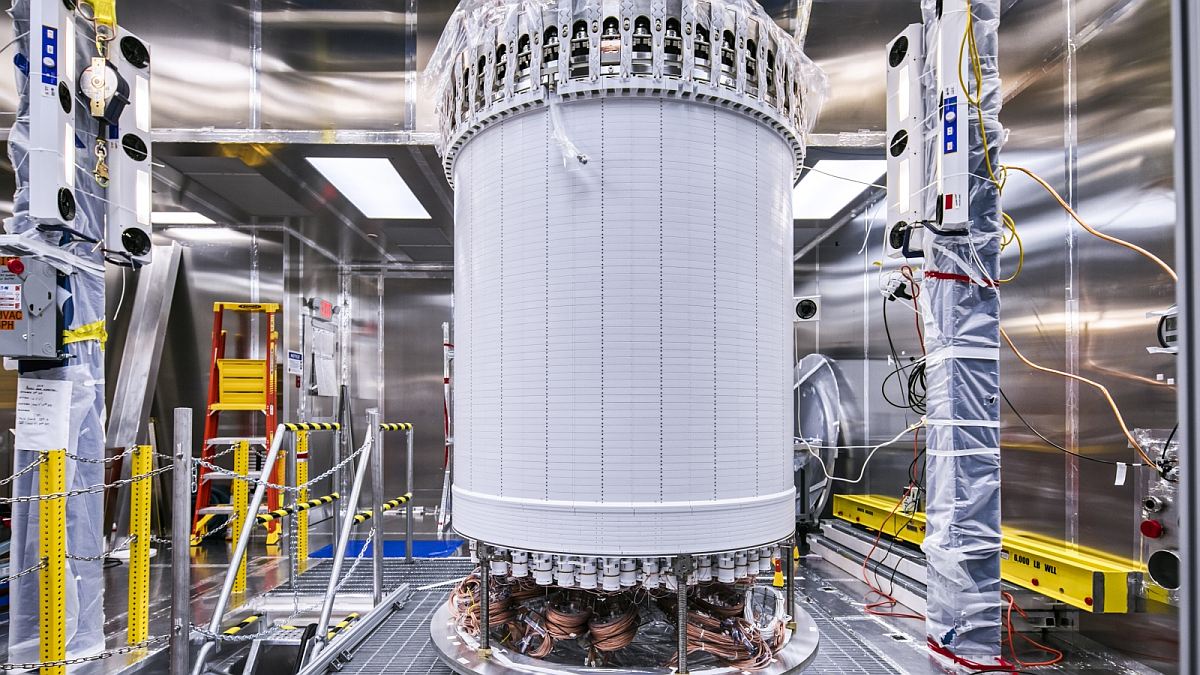 The LUX-ZEPLIN — a next-generation dark matter detector — has successfully successfully recorded its first startup, according to Berkeley Lab researchers. The dark matter detector is located below the Black Hills in South Dakota at the Sanford Underground Research Facility (SURF) in the US. It is one of the three ‘Generation 2’ dark matter experiments selected by the US Department of Energy (DOE) and utilises a two-phase time projection chamber (TPC) that contain seven active tonnes of liquid xenon to look for dark matter particles.

LUX (Large Underground Xenon) and ZEPLIN (ZonEd Proportional scintillation in LIquid Noble gases) — also known as LUX-ZEPLIN — detector completed its first search for Weakly Interacting Massive Particles (WIMP) with an exposure of 60 live days. The data from the LUX-ZEPLIN detector was collected over a period of three-and-half-months, after the initial operations began in December.

The detector functions by using two nested titanium tanks filled with ten tonnes of pure liquid xenon. These are also equipped with two arrays of photomultiplier tubes (PMTs) that are capable of detecting faint sources of light that emerge at the heart of the LZ detector. The titanium tanks are housed in a large detector system that can catch particles indicating the presence of dark matter.

“I’m thrilled to see this complex detector ready to address the long-standing issue of what dark matter is made of. The LZ team, now, has, in hand, the most ambitious instrument to do so,” said Berkeley Lab Physics Division Director Nathalie Palanque-Delabrouille.

On completion of the first search, LZ detection operations manager, Berkeley Lab’s Tomasz Biesiadzinski said that the LZ team deserves praise for contributing to the success of the experiment and supporting the commissioning, and operations of the detector.

“Lots of subsystems started to come together as we started taking data for detector commissioning, calibrations and science running,” said David Woodward from Pennsylvania State University, who coordinates the detector run plan. He added that while conducting a new experiment is challenging, the LZ team was efficient in completing the early stages of the experiment and understanding the detector.

Denial of responsibility! TechNewsBoy.com is an automatic aggregator around the global media. All the content are available free on Internet. We have just arranged it in one platform for educational purpose only. In each content, the hyperlink to the primary source is specified. All trademarks belong to their rightful owners, all materials to their authors. If you are the owner of the content and do not want us to publish your materials on our website, please contact us by email – [email protected]. The content will be deleted within 24 hours.
BerkeleyDarkdark matter lux zeplin detector startup research results berkeley lab dark matterdetectorgadget updatelabLUXZEPLINMatter
Share FacebookTwitterGoogle+ReddItWhatsAppPinterestEmail