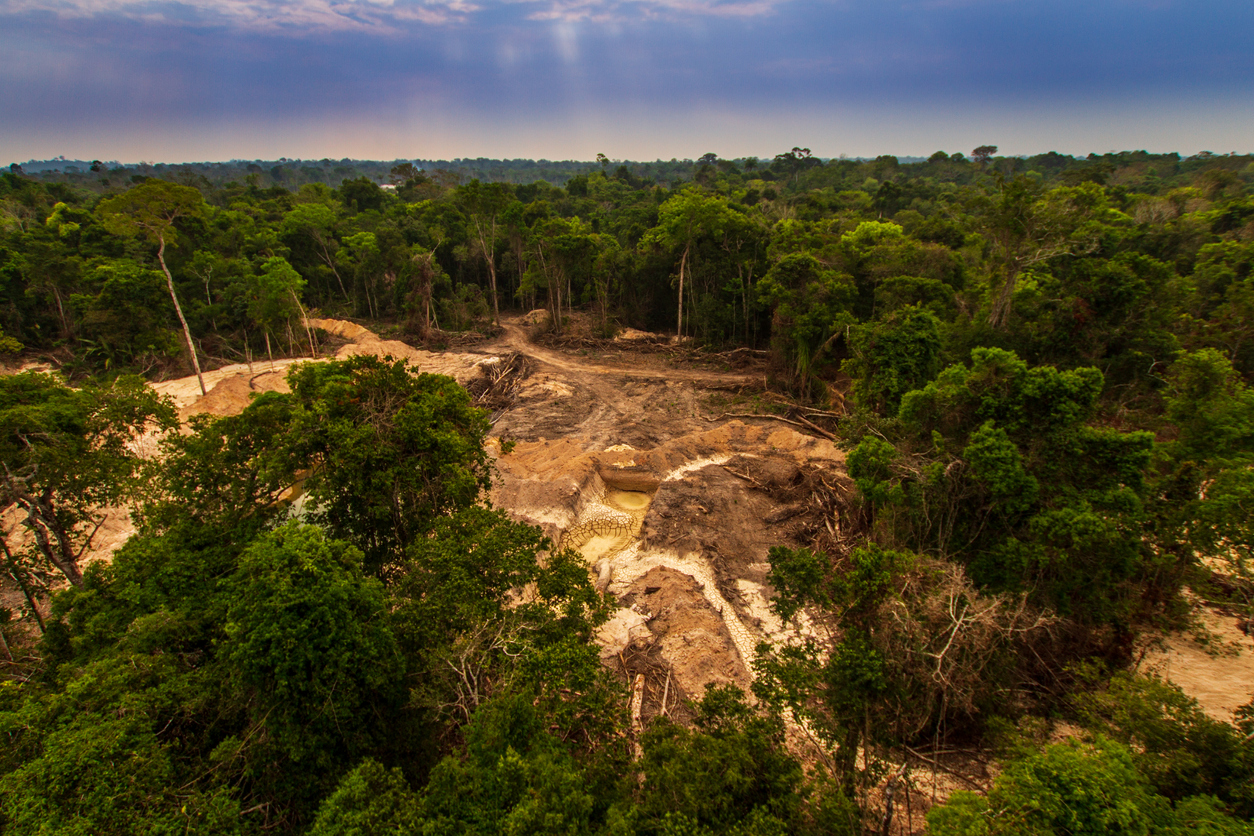 In the first 29 days of April, deforestation in the region totaled 1,012.5 sq km (390 sq miles), according to data from national space research agency Inpe. The agency, which has compiled the monthly DETER-B data series since 2015/2016, will report data for the final day of April next week.

April is the third monthly record this year, after new highs were also observed in January and February.

Destruction of the Brazilian Amazon in the first four months of the year also hit a record for the period of 1,954 sq km (754 sq miles), an increase of 69% compared to the same period of 2021 – clearing an area more than double the size of New York City.

Deforestation in the Amazon has soared since right-wing President Jair Bolsonaro took office in 2019 and weakened environmental protection. Bolsonaro argues that more farming and mining in the Amazon will reduce poverty in the region.

“The cause of this record has a first and last name: Jair Messias Bolsonaro,” said Marcio Astrini, head of Brazilian advocacy group Climate Observatory, in a statement.

Bolsonaro’s office and the Environment Ministry did not immediately respond to request for comment.

Even with deforestation already on the rise, Climate Observatory said its analysts were astounded by such a high reading in April, which is part of the rainy season when the muddy forest is harder for loggers to access.

Preservation of the Amazon is vital to stopping catastrophic climate change because of the vast amount of climate-warming carbon dioxide it absorbs.

Ane Alencar, science director of the Amazon Environmental Research Institute (IPAM), said she had expected deforestation to keep rising ahead of the October presidential election, like it has in Brazil’s past three election years, as officials wary of angering voters generally do less to enforce the law. Still, she called the surge in deforestation last month “absurd.” “It seems that the clearing of forests has become institutionalized in the country as something common, with record after record,” Alencar said.

Denial of responsibility! TechNewsBoy.com is an automatic aggregator around the global media. All the content are available free on Internet. We have just arranged it in one platform for educational purpose only. In each content, the hyperlink to the primary source is specified. All trademarks belong to their rightful owners, all materials to their authors. If you are the owner of the content and do not want us to publish your materials on our website, please contact us by email – [email protected]. The content will be deleted within 24 hours.
AmazonAprilBrazilsdeforestationdoublegadget updatehitsPeak
Share FacebookTwitterGoogle+ReddItWhatsAppPinterestEmail

Beware, hackers are using this ‘trick’ to hijack…