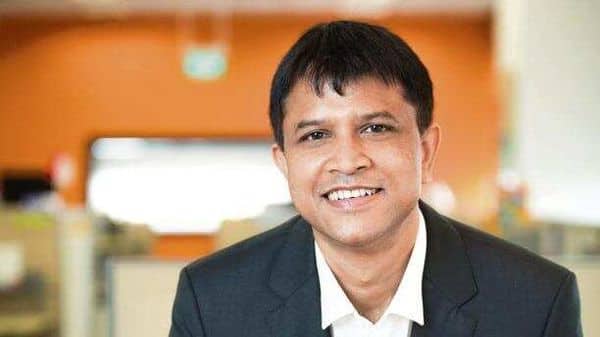 “And, I am not talking about cloud, data centre, storage, edge, 5G. If you put all that into such a large market like India, it’s a significant semiconductor, plus overall infrastructure opportunity,” Mallya added in an interview with Mint.

The government has been working on a scheme to boost local manufacturing of semiconductors. Companies, such as Intel, are expected to be among its top targets. Rules for the industry are expected within the six months, Ajay Prakash Sawhney, secretary, ministry of electronics and information technology (MeitY), said at an industry event on 20 May.

The government will offer $1 billion in cash to each company for setting up semiconductor manufacturing units, according to a March report by Reuters.

Mallya said it may take years for the ecosystem to be fully built, but he is “optimistic” considering the opportunity that India presents. “The manufacturing may not happen today, but it will move in that direction over a period of time, given the opportunity. The ecosystem around semiconductors and devices is diverse. You have phones and PCs (personal computers), but that’s just the consumer-facing (side). You then look at industrial IoT (internet of things) and several other ways, everything that’s connected is going to compute,” he added.

Demand for semiconductors in India is led by its huge smartphone market—second largest in the world. The country exported 145 million smartphones in 2020, down 2% primarily due to the pandemic, according to market research firm Canalys.

On the other hand, demand for laptops and PCs grew in 2020 on the back of increased work and education from home-use cases. In a February report, the International Data Corp. said 2020 was the “biggest year” for notebooks, with a total shipments of 7.9 million units.

“Whether it’s UPI or digital payments, or national digital health platforms that are also API led, it’s massively scalable. So, you’ve got software — people building through API — and customized solutions potentially through hardware, it’s going to be a significantly different play versus any part of the world.”

The semiconductor industry is also facing an unprecedented supply shortage since the end of last year due to unprecedented demand growth. Speaking at the Computex 2021 trade show on Tuesday, Intel’s global chief executive Pat Gelsinger said the pandemic has led to a “cycle of explosive growth”, which has placed significant strain on supply chains.

Denial of responsibility! TechNewsBoy.com is an automatic aggregator around the global media. All the content are available free on Internet. We have just arranged it in one platform for educational purpose only. In each content, the hyperlink to the primary source is specified. All trademarks belong to their rightful owners, all materials to their authors. If you are the owner of the content and do not want us to publish your materials on our website, please contact us by email – [email protected]. The content will be deleted within 24 hours.
Brightfuturegadget updateIndiaIntel Technology IndiaMallyanational digital health platformsPrakash
Share FacebookTwitterGoogle+ReddItWhatsAppPinterestEmail

iQOO Z3 5G To launch in India Soon: What to expect? – Smartprix Bytes

Why the FBI is ‘worried’ over Apple’s latest privacy…

Look away, Canon fans: Sigma could soon announce lenses for the Nikon…

The Morning After: San Francisco reverses approval of lethal police…

Why the FBI is ‘worried’ over Apple’s…