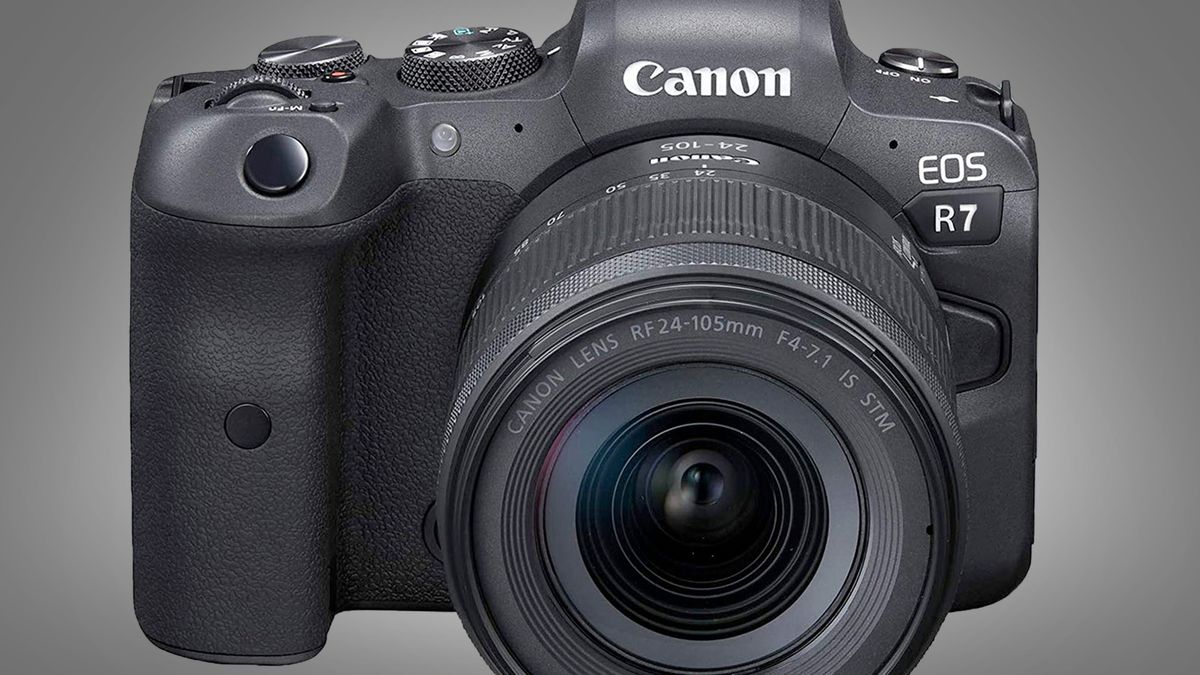 After a quiet few months, the Canon EOS R7 rumors are starting to hot up – with fresh speculation giving us a good idea of the incoming camera’s specs.

The Canon EOS R7 has been tipped to be Canon’s first RF-mount camera with an APS-C sensor, which should make it more affordable than its current full-frame models. And the reliable Canon Rumors has now predicted that the camera will pair a 32MP APS-C BSI (Back-illuminated) sensor with a Digic X processor.

If true, that’d be a powerful combo that should make the EOS R7 capable of fast burst-shooting speeds and video frame-rates, and this backed up by further leaked specs. Canon Rumors says the camera will shoot at 20fps (matching the speedy Canon EOS R6) and shoot video at 4K/60p (or 1080/240p).

It seems the EOS R7 will sit more towards the premium end of APS-C cameras, because it’s also been tipped to have two card slots: one for pro-friendly CFExpress cards, and the other for more standard SD cards. According to the rumors, it’ll also get Canon’s latest Multi-Function hot-shoe (as seen on the Canon EOS R3), which means it’ll be able to power accessories like external microphones.

What will the EOS R7 look like? Canon Rumors is predicting “a combination of ergonomics from the EOS R6 and EOS R5”. Both of those cameras are pretty similar in terms of handling, so this may be referring to the EOS R6’s more hobbyist-friendly  PASM dial (Program, Aperture, Shutter, Manual) or the R5’s more sturdy construction.

On paper, then the EOS R7 is shaping up to be the spiritual mirrorless successor to the Canon EOS 7D Mark II, which we called its “best APS-C format model to date” when it landed in 2014. That would make it something of a dream wildlife camera, assuming Canon includes its latest autofocus algorithms like Animal Eye Detection AF. With a predicted announcement in August 2022, we shouldn’t have to wait too long to find out.

Canon’s EOS R mirrorless cameras are understandably popular among pro photographers, but the system is badly lacking some hobbyist-friendly options – and the Canon EOS R7 sounds like it could fill that gap.

The inclusion of an APS-C sensor should make it a little more affordable than the EOS R5 and EOS R6, even if it’s as unlikely to be as cheap as the aging Canon EOS RP. The EOS 7D Mark II, for example, cost $1,799 / £1,599 when it arrived eight years ago, and the EOS R7 will include some improved (and likely pricier) specs.

But not everyone needs a full-frame sensor and APS-C cameras are particularly well-suited to sports, action and wildlife for a couple of reasons. Firstly, the sensor size effectively acts as a 1.6x multiplier to the focal length of any lens you attach, which means greater reach from smaller lenses. A smaller sensor also means less data to scan, which can bring benefits for burst shooting, autofocus and rolling shutter.

The combination of the EOS R7’s rumored specs with Canon’s latest autofocus powers, which we found hugely impressive for wildlife photography on the EOS R5, will be a tantalizing one for photographers who can’t quite justify Canon’s flagship mirrorless cameras. Canon does already have its EOS M system with APS-C cameras, but those models have seemingly been left behind.

One potential downside is the fact that Canon is well-known for segmenting its camera lines by capping certain features, so it remains to be seen how much it’ll hold back on the EOS R7 and where those limitations might creep in.

Denial of responsibility! TechNewsBoy.com is an automatic aggregator around the global media. All the content are available free on Internet. We have just arranged it in one platform for educational purpose only. In each content, the hyperlink to the primary source is specified. All trademarks belong to their rightful owners, all materials to their authors. If you are the owner of the content and do not want us to publish your materials on our website, please contact us by email – [email protected]. The content will be deleted within 24 hours.
cameraCanonDreamEOSgadget updaterumorssuggesttech boy
Share FacebookTwitterGoogle+ReddItWhatsAppPinterestEmail

Do you trust that file? Google will now warn you about suspicious files on the web | ZDNet

Sanders calls on Biden to cut off federal contracts with Amazon