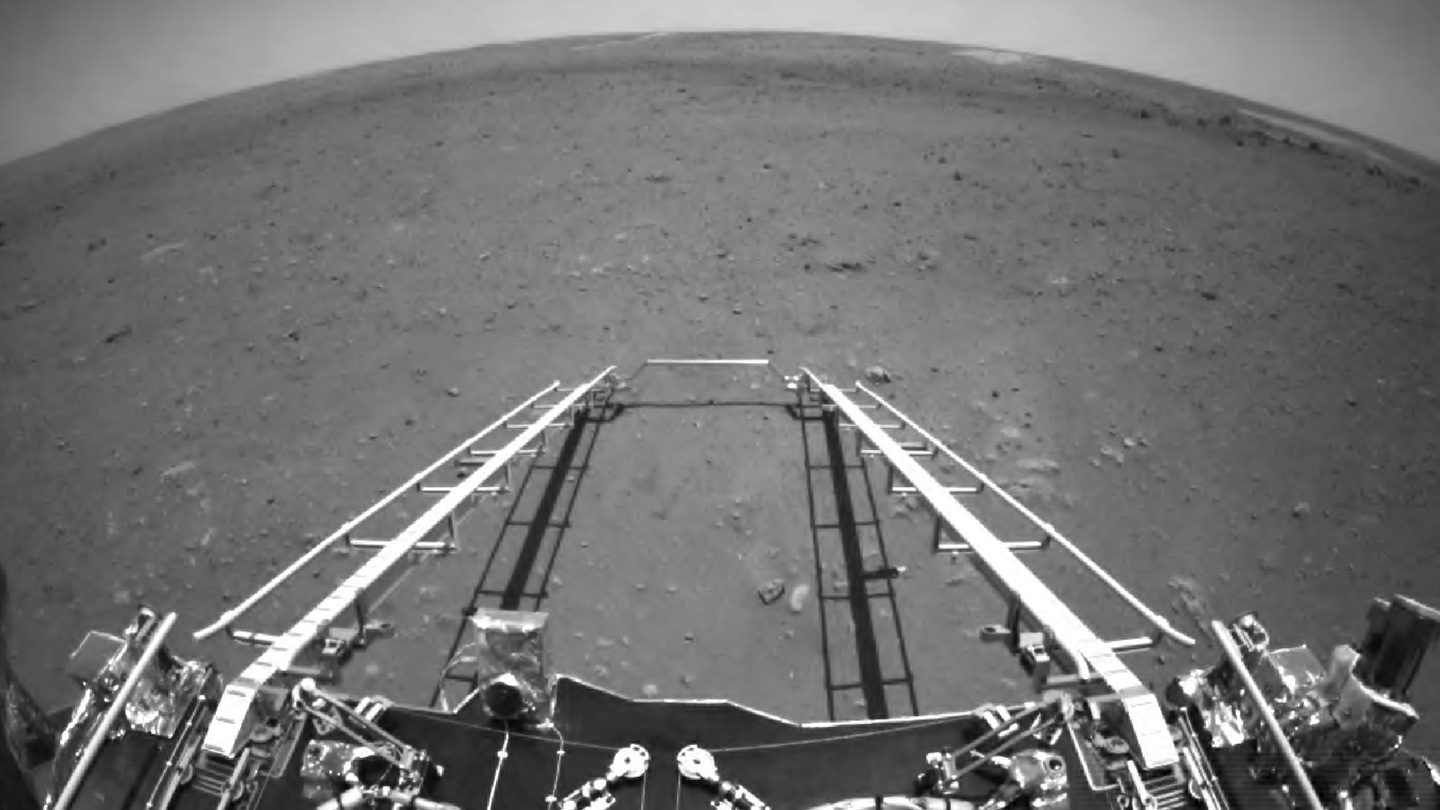 China’s first Mars rover is taking in the view of its new home. The Zhurong rover touched down on the Red Planet on May 14, and its first images reached Earth on May 19.

Zhurong, named for an ancient Chinese god of fire, has been orbiting the Red Planet since February 10, when China’s Tianwen-1 spacecraft entered Martian orbit. The rover landed in a vast plain called Utopia Planitia — also where NASA’s Viking 2 lander touched down in 1976, although Viking 2’s site was much farther north (SN:  9/11/76).

The orbiter and rover together mark China’s first Mars mission and make China only the second country to successfully land a rover there. China has previously landed two rovers on the moon, named Yutu and Yutu-2, with the Chang’e-3 and Chang’e-4 missions (SN: 1/3/19).

Unlike NASA’s Perseverance rover, which landed on Mars in February and beamed photos back almost immediately (SN: 2/17/21), Zhurong took a few days to send its first glimpses of the Martian surface back to Earth. That’s because the rover had to wait for the Tianwen-1 orbiter to move into a lower orbit to allow it to relay more data between Mars and Earth.

The first images are from Zhurong’s hazard avoidance and navigation cameras. For now, the rover is still perched atop its landing platform. After several days looking around and checking out its instruments, Zhurong will roll down the lander’s ramps and onto the Martian soil, possibly on May 21 or 22, according to a report from China’s state-run Xinhua news agency after the landing.

Zhurong will spend at least three months studying the geology at Utopia Planitia and searching for water ice beneath the surface. The rover carries a ground-penetrating radar that can help distinguish between rock and ice beneath the surface, similar to a technique used by the Yutu-2 rover on the moon (SN: 2/26/20).  It also carries an instrument to analyze surface chemistry.

The Tianwen-1 orbiter will remain active for a full Martian year (about 687 Earth days), observing the ground from space with a high-resolution camera.

Denial of responsibility! TechNewsBoy.com is an automatic aggregator around the global media. All the content are available free on Internet. We have just arranged it in one platform for educational purpose only. In each content, the hyperlink to the primary source is specified. All trademarks belong to their rightful owners, all materials to their authors. If you are the owner of the content and do not want us to publish your materials on our website, please contact us by email – [email protected]. The content will be deleted within 24 hours.
Chinasgadget updatelandedMarspicturesroversendingtech boy
Share FacebookTwitterGoogle+ReddItWhatsAppPinterestEmail

‘It feels like Apple doesn’t have a clue’ how to fix notifications bug, says one affected user | ZDNet