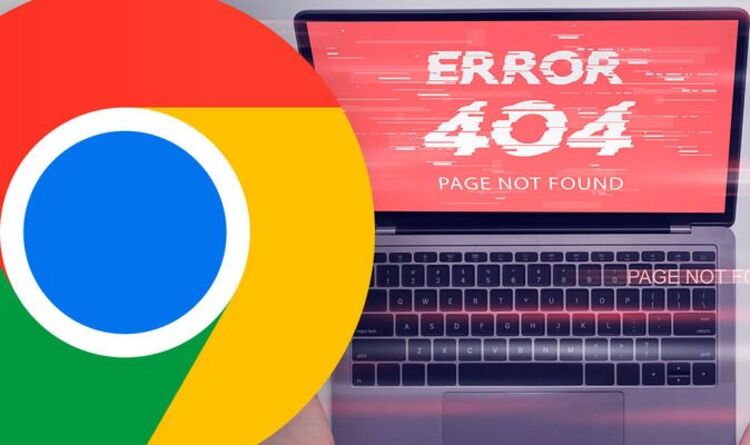 Chrome users could be facing a frustrating week ahead with some warning that popular websites may suddenly stop working. Google is widely tipped to be launching its new Chrome 100 browser in the coming days and it could wreak havoc on the web.

This upcoming nightmare is all to do with that new Chrome name with some websites getting in a muddle when faced with a browser that has three digits in its title. It may sound ridiculous but most sites are configuring to work with browsers that only include two digits in their identity – for example, Google’s current browser is called Chrome 99.

This glitch is a little like the infamous millennium bug which caused a huge amount of worry back in 1999 when some experts predicted that the year 2000 would send the world’s PCs into meltdown.

It’s unclear just how bad things could get later this week but there’s certainly some anxiousness in the world of tech with the team at Mozilla – who create the popular Firefox software – posting their concerns in a message online.

“Major version 100 is a big milestone for both Chrome and Firefox. It also has the potential to cause breakage on websites as we move from a two-digit to a three-digit version number,” the Mozilla team said.

When browsers first reached version 10 a little over 12 years ago its caused some sites to show errors and become completely unviewable to the public so will the same thing happen when Chrome 100 arrives on PCs?

Luckily, it seems Google and firms such as Mozilla are taking the problems seriously and are working on ways to limit the damage.

According to Mozilla, both Firefox and Chrome have been running experiments to help detect possible website breakages. These tests will continue to run until the release of version 100.

More news on this browser is expected soon with Google thought to be pushing the update out by the end of March.

Before Chrome 100 reaches PCs it’s worth checking that your software is up to date with Google releasing an important fix to its current version 99 browser.

The urgent warning comes from the team at Google after the discovery of a new threat that could leave the hugely popular software, which is used by over a billion people worldwide, open to attack from cyber thieves.

The reason that this latest threat is so significant is that it’s been handed the dreaded ‘zero day’ rating.]

Confirming the upgrade, Google said: “The Stable channel has been updated to 99.0.4844.84 for Windows, Mac and Linux which will roll out over the coming days/weeks. This update includes 1 security fix. Google is aware that an exploit for CVE-2022-1096 exists in the wild. We would like to thank all security researchers that worked with us during the development cycle to prevent security bugs from ever reaching the stable channel.”

Denial of responsibility! TechNewsBoy.com is an automatic aggregator around the global media. All the content are available free on Internet. We have just arranged it in one platform for educational purpose only. In each content, the hyperlink to the primary source is specified. All trademarks belong to their rightful owners, all materials to their authors. If you are the owner of the content and do not want us to publish your materials on our website, please contact us by email – [email protected]. The content will be deleted within 24 hours.
BlackoutbreakChromefacegadget updateGoogleinternettech boy
Share FacebookTwitterGoogle+ReddItWhatsAppPinterestEmail

Your BT Broadband bill will increase THIS WEEK, and that’s not even the worst part

Wordle 341 for May 26 may be something you own. Check hints and solution here

Wordle 341 for May 26 may be something you own. Check hints…