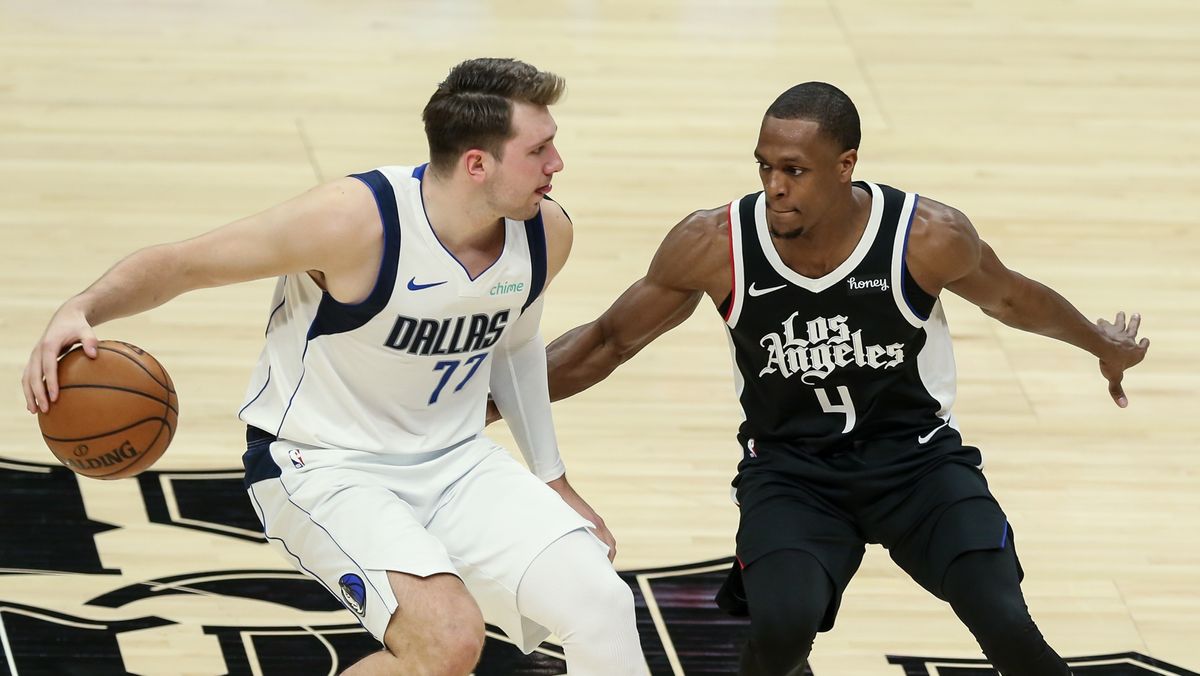 Clippers vs Mavericks live stream: How to watch the NBA Playoffs game 6 online

The Clippers vs Mavericks live stream is scheduled to start at 9 p.m. ET / 6 p.m. PT today (Friday, June 4).
The game broadcasts on ESPN, which is available on Sling TV, currently on sale down to $10 for the first month.

The Clippers vs Mavericks live stream is here, and we’re curious of Luca will Dallas to the second round of the playoffs tonight, for the first time in 10 seasons. It also could show another early exit for Kawhi and company. Their fates will be revealed in this NBA playoffs live stream.

Luca Doncic seems to be back to his usual self after dealing with a neck strain in Game 5. The 2-time all-star scored just 19 points in that contest but bounced back Wednesday night to score a game high 42 points and dish out 14 assists.

While Doncic was dominant, Clippers’ star Kawhi Leonard came up small. The two-time finals MVP airballed a potential game-tying three with five seconds left and finished with a personal series low 20 points as well as a personal series high five turnovers. If the Clippers are going to force a Game 7, they’ll need a much better showing from Leonard in Game 6.

The Mavericks are hoping Game 6 features a series first as home court advantage hasn’t been a factor during this first round match up. In fact, Mavs versus Clippers is just the third playoff series in NBA history where the home team is winless through five games. The Mavs will try to show their fans their first win of this postseason and advance to the next round for the first time since their Championship run of 2011.

How to avoid Clippers vs Mavericks blackouts with a VPN

If you’ve had to leave your own “bubble” — or you’ve been hit by a dreaded local blackout — and you can’t watch Clippers vs Mavericks live streams on cable, you’re not out of luck. With a virtual private network, or VPN, you can appear to be surfing the web from your home town (or somewhere that blackouts won’t hit), and access the same streaming services you already paid for.

Clippers vs Mavericks live streams in the US

In the U.S. Clippers vs Mavericks airs on ESPN, tipping off at 9 p.m. ET.

If you’ve already cut the cord and don’t have a cable package, you’ll be able to get this game on Sling TV and FuboTV. But you will probably want to go with Sling, as while ESPN and TNT (the other big NBA channel) are both included in the Sling Orange package, which costs $35 — TNT isn’t on Fubo.

Both are two of the picks on our best streaming services list, but you might be annoyed to learn Sling doesn’t have ABC (which you can get with one of the best TV antennas). That said, ESPN3 is simulcasting ABC NBA playoff games, so you’ll be good with Sling.

Sling TV: You can get ESPN and TNT in the Sling Orange package. The 30-plus channels in the lineup include AMC, CNN, Food Network, AMC, Comedy Central, HGTV and many more.View Deal

Fubo.TV: If you love sports, you probably want to check out Fubo.TV. It’s got a 7-day free trial so you don’t need to pay up front. The channel lineup includes ESPN, as well as other top networks like Bravo, FX, MTV and USA. Plus, it’s got NBA TV (in the $5.99 fubo Extra add-on), which will have other playoff games.View Deal

Clippers vs Mavericks live streams in the UK

British basketball fans rely on Sky Sports… but not for this game. The Clippers vs Mavericks live stream is NOT on Sky Sports.

NBA League Pass is also available in the U.K., as an alternative.

Hoops fans in Canada can watch Clippers vs Mavericks on TSN, which can be added to your package if you don’t have it already. The game is on TSN1.

Denial of responsibility! TechNewsBoy.com is an automatic aggregator around the global media. All the content are available free on Internet. We have just arranged it in one platform for educational purpose only. In each content, the hyperlink to the primary source is specified. All trademarks belong to their rightful owners, all materials to their authors. If you are the owner of the content and do not want us to publish your materials on our website, please contact us by email – [email protected]. The content will be deleted within 24 hours.
Clippersgadget updategameliveMavericksNBAOnlineplayoffs
Share FacebookTwitterGoogle+ReddItWhatsAppPinterestEmail

LG, Samsung and TCL TVs drop ahead of the Super Bowl, plus…