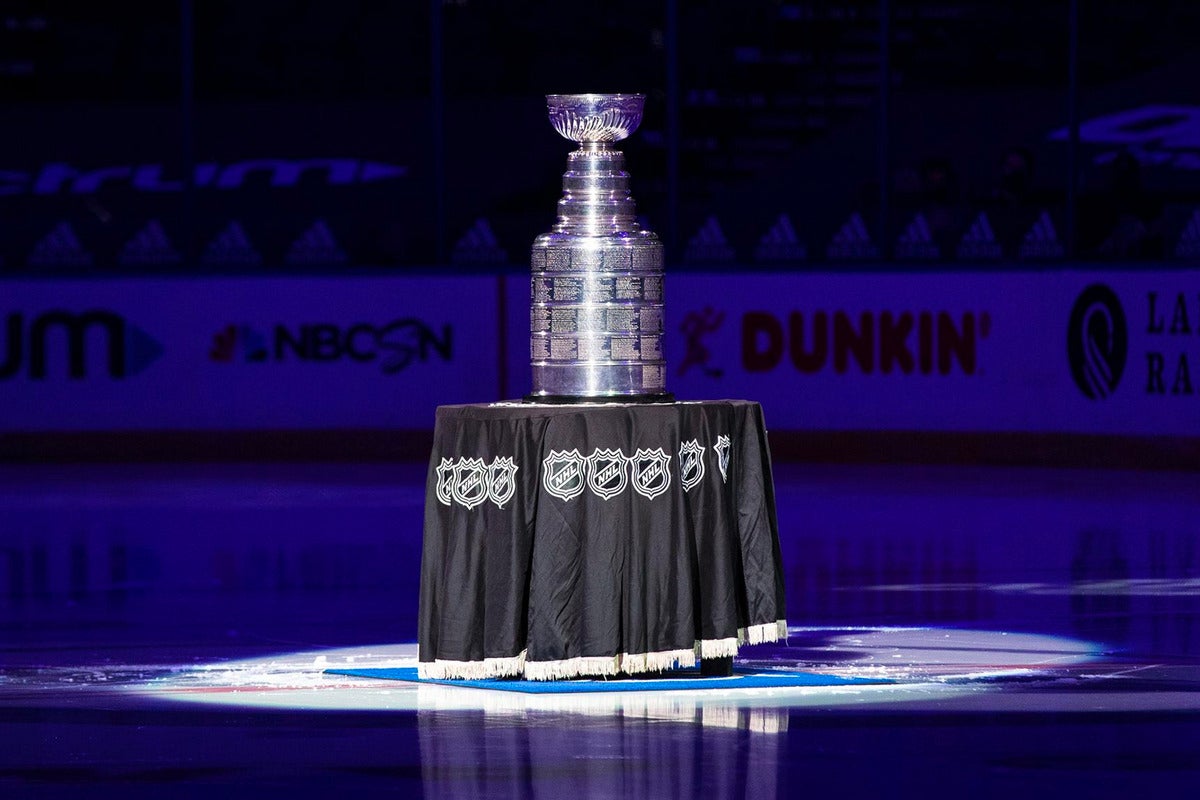 Cord-cutters’ guide to watching the Stanley Cup playoffs without cable

Of the four main North American sports leagues, the NHL experienced the most disruption due to the COVID-19 pandemic. The 2020-21 season was reduced to 56 games and the start pushed back from October to January.

Because of travel restrictions between the U.S. and Canada, the league realigned its divisions; its seven Canadian teams were placed into one North Division and its U.S. teams organized into West, Central, and East divisions. Teams played games solely within their division all season, with the top four teams in each qualifying for the playoffs.

The regular season was set to end on May 8 and the Stanley Cup playoffs to start May 11. But in early April, 22 players and four staff members of the Vancouver Canucks tested positive for a variant of the coronavirus and had eight games postponed. The playoffs were pushed back indefinitely for the team to make up those games. That has resulted in a staggered regular-season ending.

Wrapping your head around all those changes is as dizzying as a Scott Stevens hip check. Fortunately, watching the games should be much more straightforward for cord-cutters. Games will air nationally on NBCSN and NBC, with select games on CNBC, USA Network, and NHL Network. You can catch just about all of these games with one of the streaming services below.

Sling TV offers NBC, NBCSN, CNBC, and USA, and you can get them together in the Sling Blue package for $35 a month. To watch the NHL network as well, you’ll have to get the Sports Extra package for an additional $11 a month.

Sling TV typically includes device discounts with prepaid commitments. Currently, you can get a free AirTV Mini or a discounted RCA HDTV Indoor Antenna and AirTV Bundle when you subscribe and prepay for two months of Sling TV. Prepay for three months, and you can get an AirTV 2 and HD Antenna bundle or an AirTV Anywhere and HD Antenna.

AT&T TV also offers NBC, NBCSN, CNBC, USA, and the NHL Network, and you can get them all in its Ultimate package for $95 a month.

If your sports viewing extends beyond hockey, AT&T might be the best streaming service for you year round. Over the last two years, Sling TV, FuboTV, YouTube TV, and Hulu + Live TV have all dropped regional sports networks like Fox Sports regional networks (now Bally Sports Networks) and NBC Regional Sports Networks from their product offerings. Not only is AT&T TV the only one to stream these, but it’s also the service with the most regional sports network coverage overall, including the NBC Sports regional networks, Mid-Atlantic Sports Network, New England Sports Network, YES Network, and Spectrum SportsNet LA. It also offers ESPN, FS1, TBS, and MLB Network.

Sports-centric streaming service FuboTV offers NBC, NBCSN, CNBC, USA, and the NHL Network in its $80-per-month Elite package. That includes 1,000 hours of Cloud DVR space that can be used for recording games so you don’t miss a minute of action.

Huluoffers a single, flat-fee package that includes more than 75 live and on-demand channels—including NBC, NBCSN, CNBC, and USA. You get them all, in addition to Hulu’s original content and its streaming library, for $65 a month.

YouTube TV also offers a flat-fee package of more than 85 channels that includes NBC, NBCSN, CNBC, and USA. Currently, it is offering a limited-time discount rate of $55 a month (normally $65).

Catch all the action on the ice

Though this season was a challenging one, the future looks bright for the NHL and its cord-cutting fans. It was recently announced that the league signed a 7-year agreement that will bring the game to HBO Max, TBS, and TNT and includes rights for the Stanley Cup playoff and final games.

That deal coincides with an agreement the NHL earlier made with Disney to bring hockey coverage to ABC, ESPN, ESPN+, and Hulu. That means there will be plenty of ways to watch the NHL without cable next season and for years to come.

Denial of responsibility! TechNewsBoy.com is an automatic aggregator around the global media. All the content are available free on Internet. We have just arranged it in one platform for educational purpose only. In each content, the hyperlink to the primary source is specified. All trademarks belong to their rightful owners, all materials to their authors. If you are the owner of the content and do not want us to publish your materials on our website, please contact us by email – [email protected]. The content will be deleted within 24 hours.
cableCordcuttersCupgadget updateguideplayoffsStanleytech boy
Share FacebookTwitterGoogle+ReddItWhatsAppPinterestEmail

How to check if you have the latest Windows or not