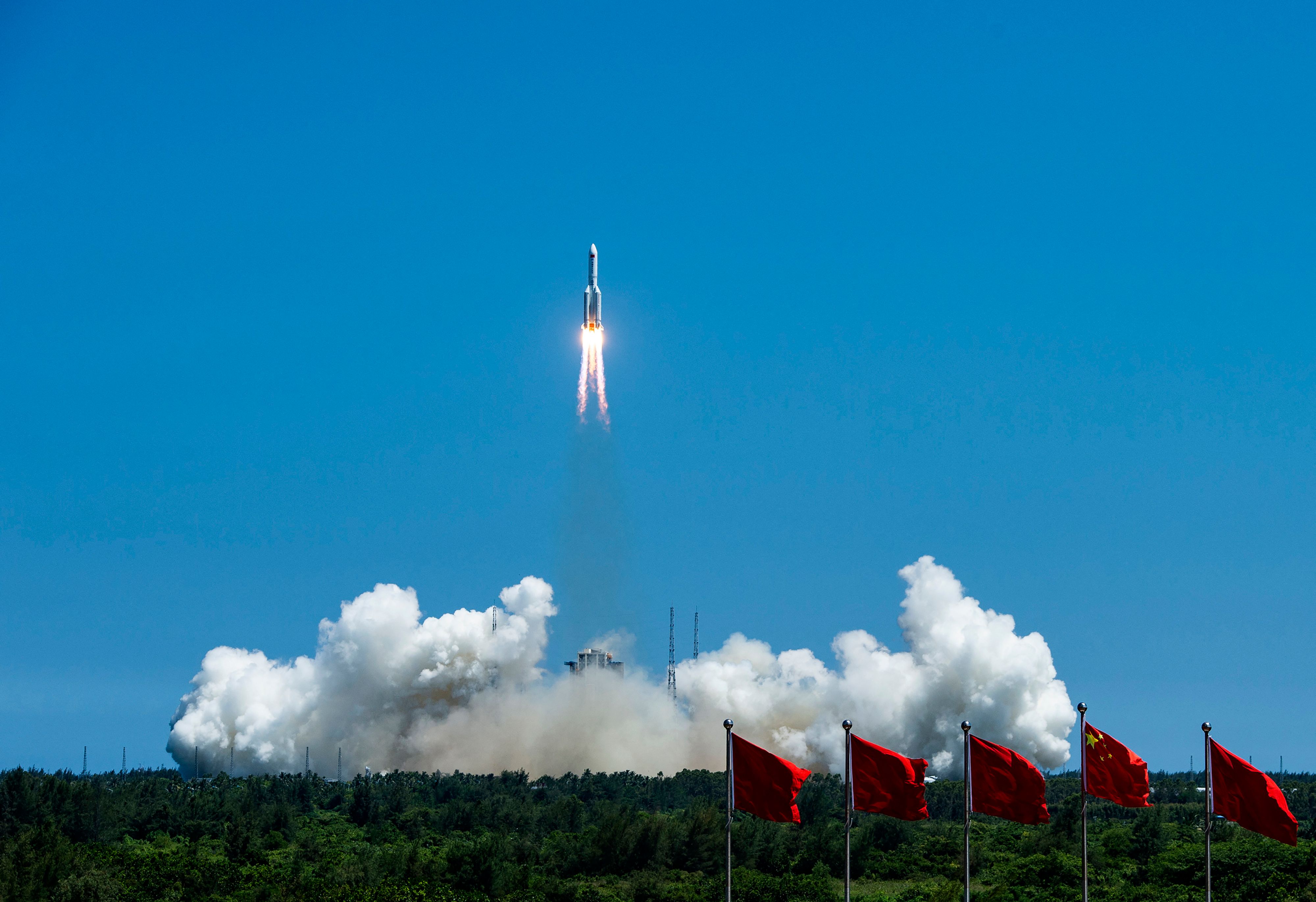 After carrying the latest piece of the country’s to orbit on July 24th, a Chinese Long March 5B rocket reentered Earth’s atmosphere on Saturday, creating a dazzling (albeit somewhat unsettling) display as it crashed down in the Indian Ocean. A Twitter user named Nazri Sulaiman captured a 27-second clip of the rocket’s first stage breaking up in the skies above Kuching, Malaysia. Sulaiman and others initially confused the spacecraft with a meteor shower until astronomers correctly identified the debris as the remains of a Chinese rocket.

On Saturday afternoon, US Space Command the Long March 5B re-entered Earth’s atmosphere at 12:45PM ET. China said most of the debris burned up in re-entry over the Sulu Sea between the Philippines and Malaysia. Unlike many modern rockets, including the SpaceX Falcon 9, the Long March 5B can’t reignite its engine to complete a controlled atmospheric re-entry. That has led to worry about where the rocket would land every time China has launched one. On a test flight in 2020, remnants of a Long March 5B , leading to property damage.

Following Saturday’s re-entry, NASA Administrator Bill Nelson criticized China for lack of transparency. “The People’s Republic of China did not share specific trajectory information as their Long March 5B rocket fell back to Earth,” he . “All spacefaring nations should follow established best practices, and do their part to share this type of information in advance to allow reliable predictions of potential debris impact risk, especially for heavy-lift vehicles, like the Long March 5B, which carry a significant risk of loss of life and property.”

China plans to employ the Long March 5B at least two more times. In October, the rocket will carry the third and final part of Tiangong to space. Next year, it will do the same with the country’s Xuntian space telescope.

Denial of responsibility! TechNewsBoy.com is an automatic aggregator around the global media. All the content are available free on Internet. We have just arranged it in one platform for educational purpose only. In each content, the hyperlink to the primary source is specified. All trademarks belong to their rightful owners, all materials to their authors. If you are the owner of the content and do not want us to publish your materials on our website, please contact us by email – [email protected]. The content will be deleted within 24 hours.
Chinesedebrisfellgadget updateIndianoceanoutofcontrolRocket
Share FacebookTwitterGoogle+ReddItWhatsAppPinterestEmail

Xiaomi 12S Ultra: From an iPhone clone to a global powerhouse – the student becomes the master?

What leads to startup frauds, and how VCs can defuse this ticking time bomb: an investigator decodes