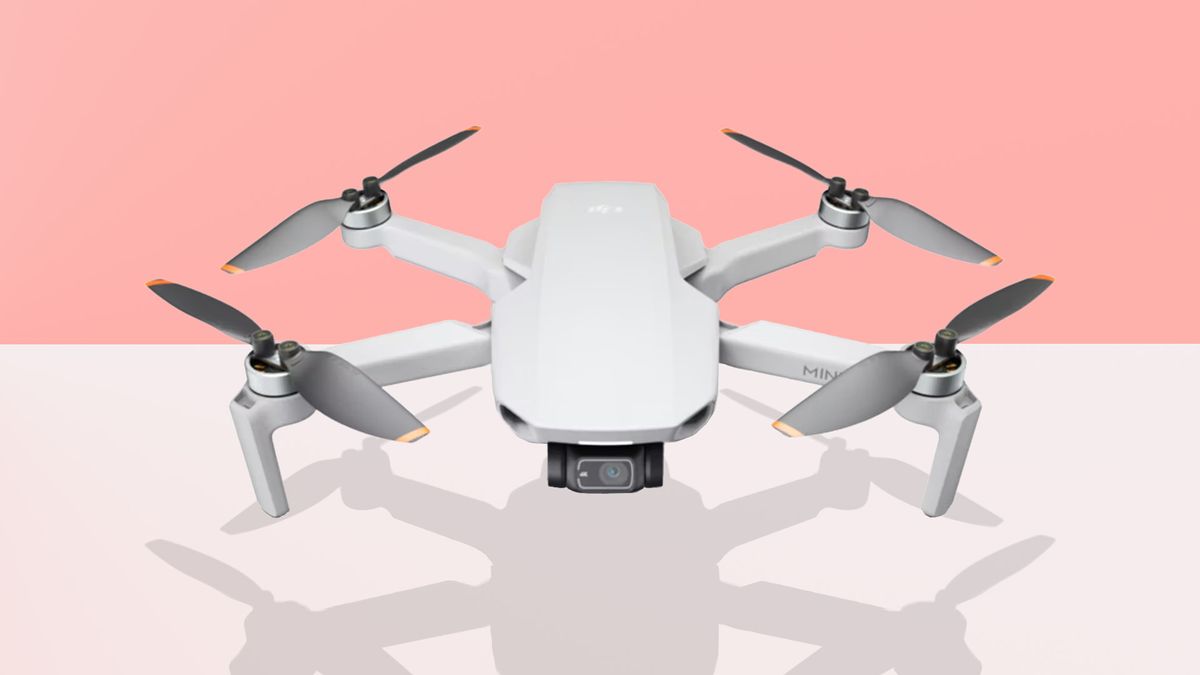 Last year flew by without the arrival of a DJI Mini 3, despite the current DJI Mini 2 landing in November 2020. So can we expect to see a third installment of DJI’s affordable, mini drone this year? While rumors are relatively thin on the ground, we’ve rounded all of the latest speculation – and added our analysis of what we’d like to see from a DJI Mini 3.

It’s been an interesting start to the year for compact drones – the Autel Evo Nano (which we’re in the process of reviewing) has finally arrived, and the DJI Mini SE has gone in sale in some new territories. That superb value drone highlights why it might be time for a new higher-end ultra-light drone.

Since the Mini 2 arrived, DJI has improved its proprietary Ocysync wireless transmission tech, and we think improvements in processor power and camera sensor tech should mean the Mini 3 can handle higher frame rate video capture. The combination of those factors would likely see it fly off the shelves.

In this DJI Mini 3 preview we’ll take a look at some of the pre-announcement reports and rumors to draw a part-finished picture detailing what you can expect from this drone. And then we’ll look a little deeper at some of the features we want to see in the DJI Mini 3.

Twitter account DealsDrone published what it claimed to be a DJI release calendar back in December 2021 – and this suggested that the Mini 3 will be announced in April 2022.

This is around 18 months after the DJI Mini 2, an entirely reasonable window and a slightly longer one than the 13-month gap between the original Mini and Mini 2.

What I can confirm is Inspire 3 , mini 3, FPV mini is coming in 2022, but date and other are guess pic.twitter.com/YHocjwgPySDecember 9, 2021

We’re seeing a lot of slightly longer generational gaps at the moment thanks to delays caused by the chip shortage and backlogs in global shipping. Pumping the breaks a little has probably never seemed more sensible for tech companies.

There have been no great leaks about the DJI Mini 3 yet, aside from the claimed roadmap giving us a clue about the drone’s release date. One of the more compelling posts, though, has been from drone pilot OsitaLV on Twitter, which included speculations on the possible changes coming in the new model.

They suggested we’ll see improved aerodynamics, larger propellors, a single-chip SoC (System on a Chip) processor, larger camera sensor, longer battery life and better obstacle-detection sensors. All of these suggestions seem believable enough, but they don’t amount to more than a set of scrap paper notes on what one drone user thinks will happen.

However, we can say, almost categorically, that the DJI Mini 3 will weigh less than 250g. This in turn suggests that we won’t see any dramatic changes in the drone’s size and shape.

Sure, it may have slightly slanted rotor arms as OsitaLV suggested on Twitter, but low weight and easy fold-up portability are still defining factors. The specific sub-250g weight category is crucial because above that weight drones typically fall into another legal category in some territories.

In the US, for example, drones under 250g don’t have to be registered with the Federal Aviation Administration. You can simply use them, subject to the slew of rules that apply to any drone pilot.

The DJI Mini 3 is not going to be a middle-ground drone in terms of size and weight, sitting between the Mini SE and the larger Air models. It will be similar to the DJI Mini SE in this respect.

Still, this new drone is likely to be used as a vehicle to highlight one of the big and exciting changes coming to the DJI drone ecosystem. DJI has changed its SDK, software development kit, to give third-party developers access to more of the core hardware features.

This will let developers patch in software modes missing from the drone’s base abilities. The Mini 2 will benefit from this too,  but there’s a chance it could be sold in as a “feature” at the Mini 3’s launch. Here are some of the features we hope, and expect, to see.

The DJI Mini 2 can shoot 4K video, but only at 30 frames per second. A frame-rate upgrade to 4K/60p is the obvious route to more useful video capture in a small, reasonably affordable drone.

Plenty of camera sensors of the size and resolution the Mini 3 are likely to have offer support for this rate of video – it should certainly be achievable.

There’s a chance the DJI Mini 3 may squeeze in a larger camera sensor than its current 1/2.3in chip. This would let the drone achieve better results at, for example, sunset or sunrise. Both are great times to capture striking drone footage, packed with interesting color and dramatic light paths.

Greater dynamic range would be the main benefit of a larger sensor, letting DJI retain highlight detail without crushing the shadows into black. We’re not entirely sure the DJI Mini 3 definitely needs a larger sensor for this generation, though.

While some rivals have larger sensors than the Mini 2, that camera still beats almost all with superior processing, which includes better color tone and superior handling of the shadows.

However, considering how good the 1-inch sensor Air 2S’s video looks, we’re not going to say no to a larger sensor.

DJI has introduced Ocusync 3.0 since the Mini 2 arrived. This is the company’s wireless transmission standard, which relays the live feed from the drone’s camera to your phone or remote control.

Ocysync 3.0 uses double the number of antennas, which will no doubt be something of an engineering headache in such a small drone. However, it would reduce latency and improve the bit-rate and frame-rate of the live view, offer better reliability when controlling the drone from far away, and increase maximum range.

This would also help put even more distance between the ‘full fat’ Mini drone and the Mini SE, which uses standard Wi-Fi transmission rather than Ocusync.

Squeezing in a couple of antennas is one conundrum for DJI’s hardware engineers. But there’s a bigger problem to crack – one of the primary compromises of these small drones is a lack of obstacle sensors.

The Mini 2 and Mini SE only have a pair of sensors on their underside, to look out for objects below the drone. These sensors use either optical hardware, effectively a pair of eyes that uses parallax to create a depth map of the world, or infrared sensors, where the time it takes for the signal to bounce off an object and return to the drone is used to calculate the distance from obstacles.

Optical techniques work great during the day, infrared can take up the slack in lower light. But while the Mini 3 is not going to have 360-degree object detection — there just isn’t room in the budget, be that the monetary budget, the size or weight — it may have a secondary set of obstacle sensors on the front. For comparison, the DJI Air 2S has front, rear, upward and downward sensor hardware.

Another set of obstacle sensors is a pretty important factor in making DJI’s improved third-party app support more useful. Adding tracking and programmed movement modes is one of the top avenues for these apps, and to do that successfully, a drone needs to be able to navigate around safely. Additional sensors should allow for a ‘follow me’ feature, perhaps provided by DJI itself rather than via third-party apps like Litchi.

Faster battery charging is unlikely to be a huge vote-winner for those who’d buy the Mini 3 Fly More pack, which includes extra batteries. However, if you’re after a quality drone for casual use, quick charging would be a great addition to the base DJI Mini 3.

The Mini 2 currently has moderately fast 18W charging, powered by Qualcomm Quickcharge 2.0. As the DJI Mini 3 will have a USB-C connector, it would be good to see these drones switch to USB-PD. The “PD” part stands for power delivery, which is another charging standard.

While other charging standards can go far beyond 18W, USB-PD is a simple route that could easily see DJI upgrade to around the 30W mark, for battery recharging in under an hour.

Increased flight time is one of the most-requested improvements for the DJI Mini 3. You can point to rivals like the Hubsan Zino Mini SE, which has a 45-minute run time, as reasons why this series’ 30-31 minute longevity now doesn’t really cut it.

We have real doubts as to whether a Husban-matching 50% improvement is likely, though. In the three models in this series, the Mavic Mini, Mini 2 and Mini SE, there’s a deviation of one minute in the claimed flight times.

We’re already asking DJI to fit in more obstacle sensors with no increase in overall weight, and elements like the Mini series’ great little gimbal stabilizer don’t come for free, in weight terms. Even squeezing out a few more minutes from a new DJI Mini 3 would be quite impressive. A flight time of 33-35 minutes seems more likely than the 40-plus some speculators hope for.

Disappointed? Take this as demonstrative of DJI’s dedication to offering good standards across the board, in areas like flight stability and the smoothness of recorded footage, rather than feeling the need to match rivals that aren’t quite as strong in other core areas. As always, we’ll be happy to be proved wrong.

Denial of responsibility! TechNewsBoy.com is an automatic aggregator around the global media. All the content are available free on Internet. We have just arranged it in one platform for educational purpose only. In each content, the hyperlink to the primary source is specified. All trademarks belong to their rightful owners, all materials to their authors. If you are the owner of the content and do not want us to publish your materials on our website, please contact us by email – [email protected]. The content will be deleted within 24 hours.
dateDJIgadget updateminipricereleaserumorstech boy
Share FacebookTwitterGoogle+ReddItWhatsAppPinterestEmail