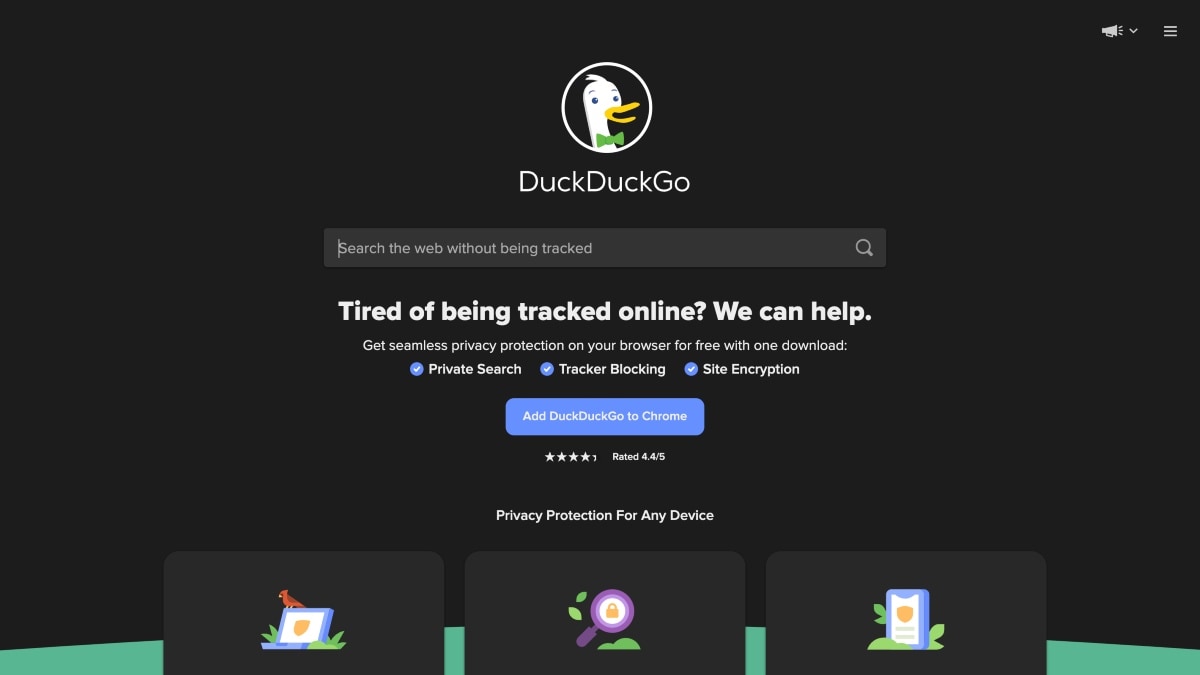 DuckDuckGo, a popular privacy-focused search engine, was recently called out in media reports for tampering with search results and purging independent media sources. This week, DuckDuckGo CEO Gabriel Weinberg took to Twitter to refute the allegations. He said the claims the search engine purges independent media outlets are completely made up, and went on to detail how the search engine shows results, and possible reasons why certain results didn’t immediately show up. The clarification comes days after DuckDuckGo was reported to have removed results of piracy sites like The Pirate Bay and Fmovies, as well as open-source site YouTube-DL.

Let’s start with the allegations. Back in March, independent media outlet News Punch claimed that DuckDuckGo was purging other such outlets from its search results, and called the privacy-focussed search engine ‘Google Lite’, saying that it was essentially following the same practices of its illustrious counterpart despite them being against its founding principles.

Last week, popular torrent-tracking site TorrentFreak reported that DuckDuckGo was removing pirate sites such as The Pirate Bay, 1337x, and Fmovies from its search results, as well as open-source YouTube ripping sites such as YouTube-dl and YTMP3.com.

Now, let’s come to DuckDuckGo CEO Gabriel Weinberg’s clarifications over these allegations. In a tweet from earlier this week, Weinberg said he hoped to clear out some “misconceptions”, and called the allegations that the company is purging independent media sources from its search results “completely made up.” He said that any user will be able to find these outlets in DuckDuckGo search results by searching for the exact outlet. He clarified that search ranking and censorship were not the same thing, and the company does downrank sources of spam and misinformation.

Hoping to clear up some misconceptions about our private search engine.

First, there is a completely made up headline going around this weekend. We are not “purging” any media outlets from results. Anyone can verify this by searching for an outlet and see it come up in results.

“We are not ranking based on any political agenda or my (or anyone else’s) personal political opinions. We are also not assessing any individual news stories,” Weinberg said. As for the report that piracy sites are missing from DuckDuckGo search results, something that other search engines like Google and Microsoft’s Bing admit to doing based on copyright strikes, Weinberg said, “Similarly, we are not “purging” YouTube-dl or The Pirate Bay and they both have actually been continuously available in our results if you search for them by name (which most people do). Our site: operator (which hardly anyone uses) is having issues which we are looking into.”

Essentially, Weinberg claimed that if users tried to search with the site:operator search query format, they may not see any results, due to an issue with such queries on the DuckDuckGo search engine. If users searched for the domain name itself, they would be able to find the results. In a separate confirmation to TorrentFreak, the company admitted that some results were being removed due to Bing data it was using. The report noted that DuckDuckGo appeared to be hard at work behind the scenes restoring sites named by TorrentFreak that Bing had removed. “Since these occurrences originated on Bing, they were passed down to our results, as well as other Bing syndication partners,” DuckDuckGo Senior Communications Manager Allison Goodman told TorrentFreak.

While search engines like Google and Bing have been reported to alter their search results, the DuckDuckGo CEO disassociated his company from Google by clarifying that it has been independent since the company’s inception in 2008. Weinberg also asserted DuckDuckGo doesn’t track user search history, thus the question of making changes to search results based on search history is invalid.

Denial of responsibility! TechNewsBoy.com is an automatic aggregator around the global media. All the content are available free on Internet. We have just arranged it in one platform for educational purpose only. In each content, the hyperlink to the primary source is specified. All trademarks belong to their rightful owners, all materials to their authors. If you are the owner of the content and do not want us to publish your materials on our website, please contact us by email – [email protected]. The content will be deleted within 24 hours.
allegationsBingceochargesduckduckgoduckduckgo ceo tampering allegations refuted clarification rumours site operator gabriel weinberg duckduckgogadget updateGoogle
Share FacebookTwitterGoogle+ReddItWhatsAppPinterestEmail