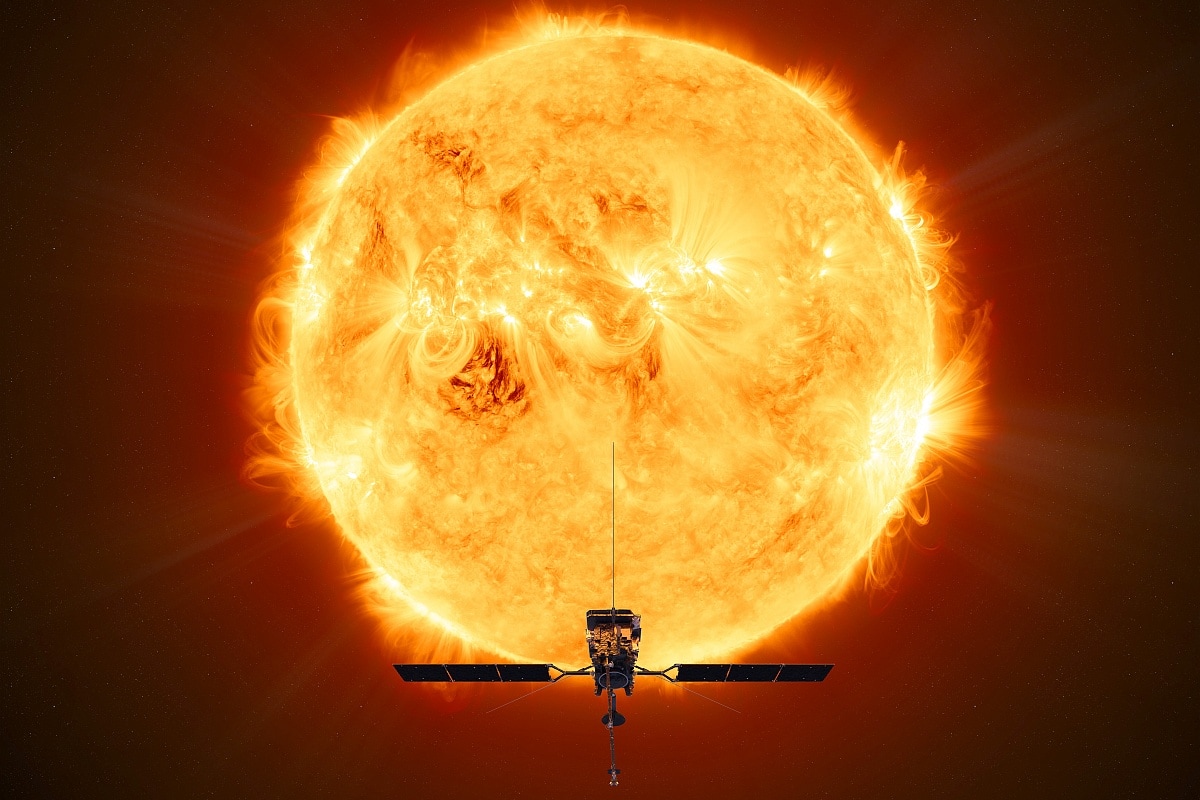 The European Space Agency’s solar orbiter has taken the highest-resolution image yet of the Sun’s full disk and atmosphere, the corona, during its latest close flyby of our home star. The orbiter was at a distance of just 75 million kilometres – half the distance between Earth’s average orbit and the Sun – on March 7, when it got the opportunity to take a close look at the Sun. Using its Extreme Ultraviolet Imager (EUI), the spacecraft took 25 images, each with a nearly 10-minute exposure. Scientists then stitched together these images into a mosaic to build the full image. The result: an image of the full sun in unprecedented detail.

In total, the final image has more than 83 million pixels. For comparison, it has a resolution ten times better than a 4K TV screen.

Besides the (EUI), there are multiple imaging instruments onboard the solar orbiter. For instance, the Spectral Imaging of the Coronal Environment (SPICE), which captured another image that showed the first full Sun image of its kind in 50 years, and the best one. SPICE collected data in four extreme ultraviolet wavelengths, ESA said.

EUI uses a wavelength of 17 nanometers to photograph the Sun. This reveals the Sun’s upper atmosphere, the corona, which has a temperature of around a million degrees Celsius, states ESA.

Scientists hope these images will help them understand various solar events, including solar eruptions. This is of vital importance with potential repercussons on life on Earth. When solar eruptions occur in the direction of Earth, solar particles collide with Earth’s magnetic field and sometimes result in geomagnetic storms that can interfere with day-to-day operations of some technologies like power grids and communications towers.

Denial of responsibility! TechNewsBoy.com is an automatic aggregator around the global media. All the content are available free on Internet. We have just arranged it in one platform for educational purpose only. In each content, the hyperlink to the primary source is specified. All trademarks belong to their rightful owners, all materials to their authors. If you are the owner of the content and do not want us to publish your materials on our website, please contact us by email – [email protected]. The content will be deleted within 24 hours.
Agencyscapturesdetailedesa solar orbiter sun high resolution image captured corona atmosphere european space agencyEuropeangadget updatehigh-resolution images of sunhighresolution
Share FacebookTwitterGoogle+ReddItWhatsAppPinterestEmail