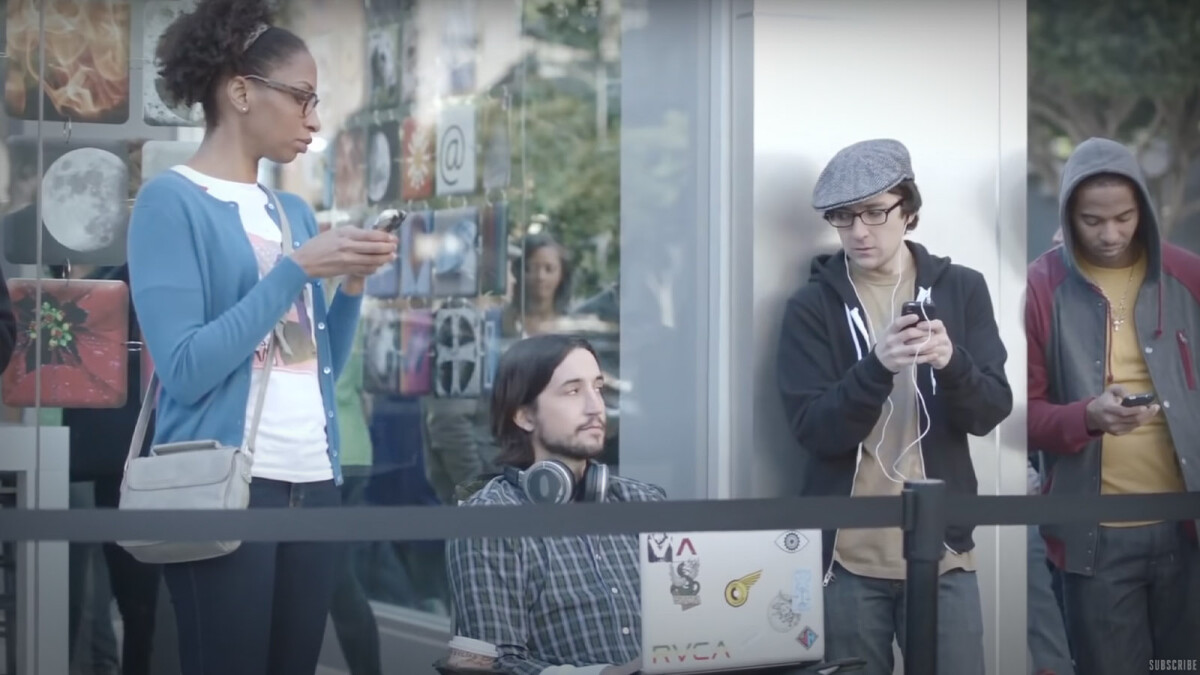 Every old Samsung ad has turned against Samsung

Just a few years ago, Samsung’s marketing team used to be edgy.

The company was doing well, its Galaxy phone sales were booming and it was dreaming to soon become the number one premium brand, a position traditionally occupied by Apple, ever since it introduced the iPhone.

And Samsung did have some truly brilliant and memorable ads! We’ve all had a good laugh at the “dude, you’re a barista” Samsung ad, one of the most iconic of those times. Rewatching it in 2022 rings so true still as premium flagships these days struggle to differentiate, relying on out there features like ProRes video, useful for the 1% really. If you haven’t watched that classic ad – waste no time, it’s a gem.

But there is a particular series of equally edgy Samsung ads that has gathered over 23 million views on YouTube named simply “Samsung makes fun of Apple”, and I just stumbled upon this and it’s both hilarious and sad how practically each and every one of those older Samsung ads has turned against the company in a matter of just a couple of years.

The ads all emphasize key characteristics of the Galaxy S9, a device that stood out with features like a headphone jack and a fast charger included in the box, and Samsung made sure to rub them in the nose of iPhone users, which got none of that. Fast forward to 2022, and joke’s on you, Samsung.

Samsung used to poke fun at Apple missing these features

The company that used to ridicule Apple’s moves that it interpreted as the epitome of corporate greed and user hostility has… well, adopted all of them with open arms in the past couple of years.  The ads, however, remain to serve as a reminder that Samsung has kind of become the evil it used to make fun of.These days, the headphone jack is treated by phone makers like a feature for poor people. That is to say, budget phones all have it, but expensive flagship phones overlook it without blinking.

We also find particularly funny one ad where the made-up “ingenious” expert (obviously, Samsung’s ironic representation of Apple’s Genius bar people) gets asked if the new iPhone’s camera is better than Samsung to which he replies: “Oh, you’ve been reading DxoMark scores recently, haven’t you?”

DxoMark is a website that has an extremely dubious ranking system that weirdly favors Chinese phones these days and — some would say — ranks them well above their grade. It’s beyond us to say whether their ratings are manipulated, but they are certainly frowned upon by a big number of people who actually know a thing or two about smartphone photography. But I digress, the point is that Samsung phones right now don’t even make the top 20 in that extremely weird rating. And that is just sad and hilarious (and also, obviously the Samsung Galaxy S21 Ultra deserves a spot in any top 5 camera ranking).

“This is embarrassing, I cannot find the microSD card slot”

Back to the ads, in another example of the sad trip that these commercials are, a visitor to the imaginary Apple store complains, and let me quote that part “this is embarrassing, I cannot find the microSD card slot.” Well, wouldn’t you want to take a look at the Samsung Galaxy S21, dear Samsung user of the past, because lo and behold, the microSD card is nowhere to be found on it.

And yes, the industry changed quickly and some may argue that Samsung has embraced the future as very few people use a microSD card or need a headphone jack now with wireless earbuds. And that might be true, but what is more interesting is that Samsung of the very recent past had obviously not recognized that it was about to embrace that future.

Having the very top Samsung management approve those ads and roll them to the public just shows their incredible short-sightedness and lack of continuity as it quickly reversed its opinion and made a U-turn on these defining Samsung features.

And no wonder loyal Samsung fans are mad that these features are disappearing. After all, it was Samsung itself who just a couple of years ago, told them that these features make their devices superior than the arch rival Apple, and now all of a sudden and without any proper explanation, Samsung has just removed all of them. And don’t get me started on the absurd DxoMark rating story.

This is indeed a bit embarrassing and sad, but now Samsung has new leadership. It has done some bold moves by removing the Galaxy Note series, a super popular phone from the lineup. It has bet the house on folding phones. But is it really skating where the puck is going?

Looking back at time, it now seems that it had to change its very own values and betray users to join the new order and to maximize margin. Or as Apple puts it: “it’s an eco move, it reduces waste”.

So… do you think that Samsung has betrayed its own values and is it moving in the right direction? Let me know your thoughts in the comments below.

Denial of responsibility! TechNewsBoy.com is an automatic aggregator around the global media. All the content are available free on Internet. We have just arranged it in one platform for educational purpose only. In each content, the hyperlink to the primary source is specified. All trademarks belong to their rightful owners, all materials to their authors. If you are the owner of the content and do not want us to publish your materials on our website, please contact us by email – [email protected]. The content will be deleted within 24 hours.
gadget updateSamsungtech boytech newstech news boytech updatetechnewsboyturned
Share FacebookTwitterGoogle+ReddItWhatsAppPinterestEmail

From ancient times to the space age, concrete has staying power