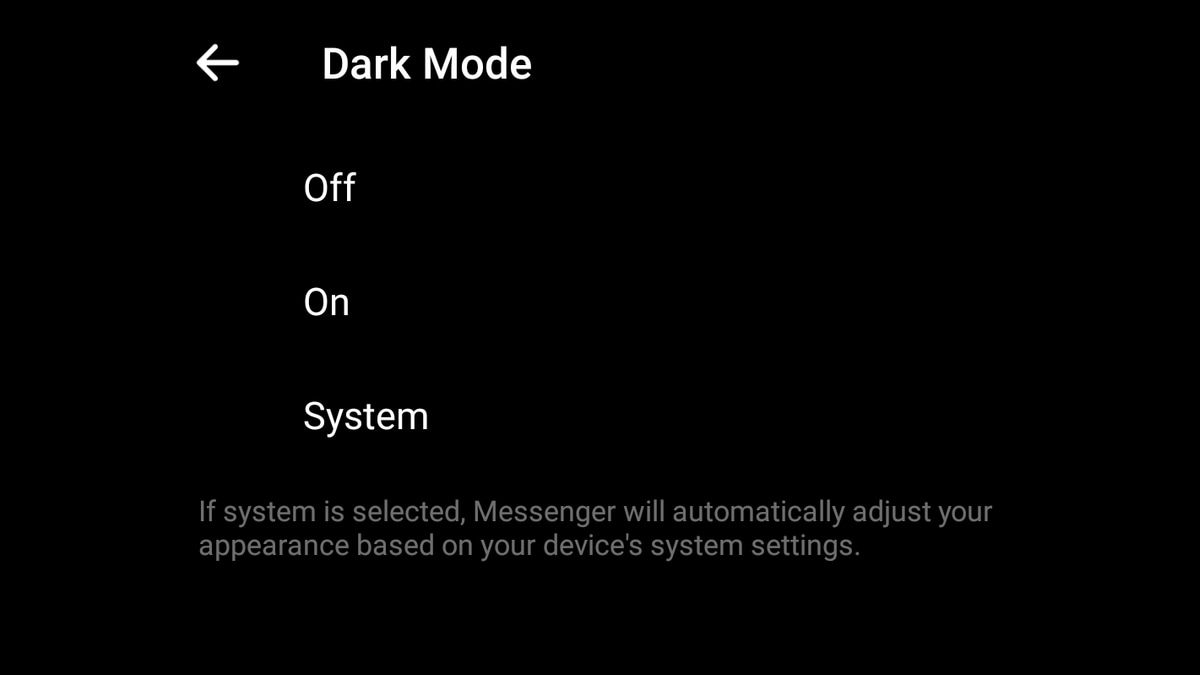 Facebook Messenger is reportedly getting an additional Dark Mode setting on its Android app in the form of System mode. Dark Mode has been available since 2019 but now it is said to get a feature to set Dark Mode according to the phone’s system’s settings. Earlier the app only had the option to turn the Dark Mode on or off. Notably, the feature was already available on the iOS app. Recently, Facebook introduced the Messenger app to Oculus Quest and Quest 2 VR headsets as well.

A Reddit user spotted the new settings for Messenger’s Dark Mode that Facebook appears to be testing. The post was first spotted by PhoneArena. According to the post, the new feature was spotted on Facebook Messenger app version 314.1.0.19.119. Gadgets 360 was not able to independently verify the feature. As mentioned, when the System setting is selected, the app will follow the Dark Mode settings you have set for your handset.

Dark Mode helps reduce strain on users’ eyes by converting black text on a white background to white text on a black background. Additionally, Dark Mode can also help save battery life provided the device it’s being used on has an OLED display. OLED displays don’t use any pixels while recreating black colour which marginally saves battery.

In February this year, Facebook released the Messenger app for Oculus Quest and Quest 2 VR headsets. Users can type out messages in VR, send pre-written messages, or use the voice-to-text feature. Users can also create an Oculus Party on Messenger to play with their friends. However, Facebook mentioned that it will ensure that users’ existing privacy settings will not be affected should they choose to communicate using the Messenger app.