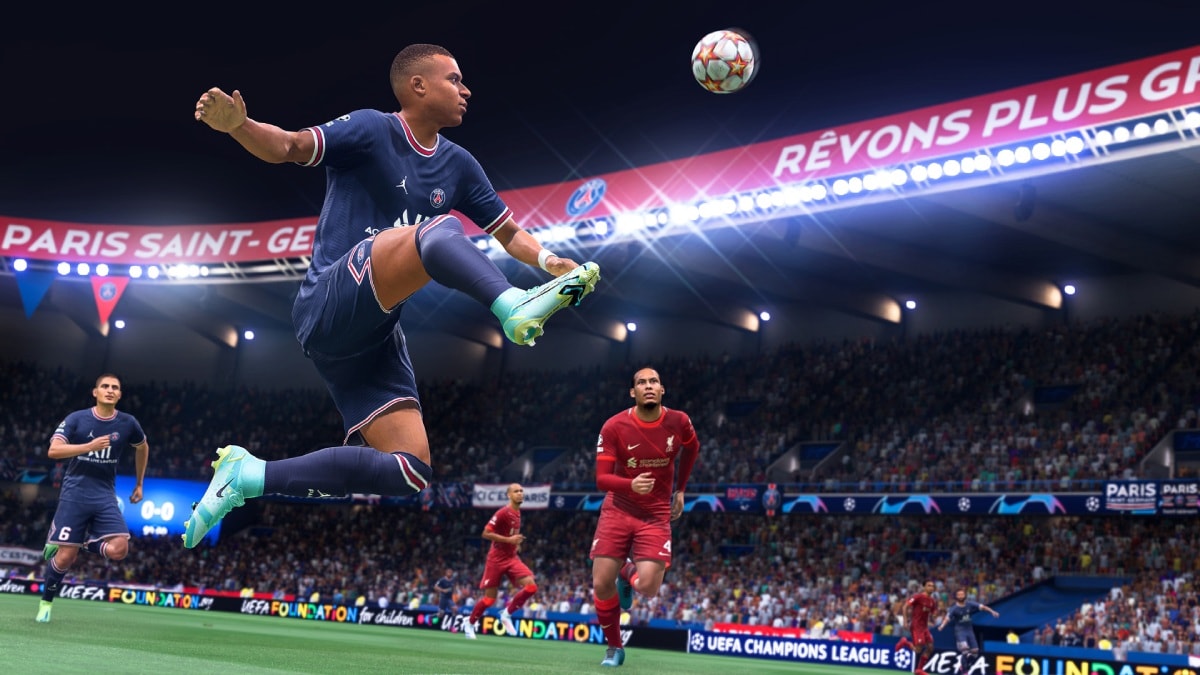 FIFA 22 will soon begin cross-play — or cross-platform play support — for multiplayer matches, EA Sports revealed on Tuesday. The game will let users on the PlayStation 5, Xbox Series S/X, and Google Stadia play FIFA 22 with other players across these platforms. There is currently no word on whether the PC version of the game will offer support for cross-play. The test suggests that EA Sports could be working on implementing cross platform support in more game modes on the upcoming FIFA 23 — or EA Sports FC 23, if the licensing goes away — expected later this year.

In a website post, EA announced that it would begin testing cross-play support on the PS5, Xbox Series S/X and Stadia versions of FIFA 22 “in the near future”. The test will be limited to Online Seasons and Online Friendlies modes, with cross-platform support on the current gen consoles and Google’s cloud-based game streaming service. FIFA 22 will consider players from other platforms for matchmaking once a user opts in for the upcoming cross-play test.

When the cross-play test for FIFA 22 is enabled, gamers will see a widget in the bottom right-hand corner of the screen. Opening the widget will allow gamers to opt-in or opt-out from the test. The widget will let users select a friend’s name to invite them to a match. The Online Friendlies mode will also allow gamers to choose friends on other platforms, according to EA Sports. Meanwhile, FIFA 22 will also allow toggling participation in the cross-play test via the Matchmaking Options Settings screen.

EA Sports says that the upcoming cross-play test won’t have a direct impact on gameplay, and matchmaking in Online Seasons will consider players from other platforms once the test begins. While gamers on the PS5, Xbox Series S/X, and Stadia versions of the game can participate in the test, there’s no word on whether previous gen consoles and PC gamers will gain access to cross-play in the future. Sony’s PlayStation 4 does support cross-platform on select titles, after support for the feature was introduced in 2018.

According to the publisher, the cross-play test for FIFA 22 will only include support for Online Seasons and Online Friendlies in order to reduce the chance for introducing new issues into the game. The post states that the game data and feedback from both modes will “help inform how cross-play could further be implemented in future titles”, suggesting that FIFA 23 could officially support cross-play in additional game modes when it is released later this year.

It’s worth noting that EA Sports’ FIFA doesn’t support cross-gen play owing to gameplay differences between the PS4/Xbox One version and the PS5/Xbox Series S/X version of FIFA 22. The PC version is considered as part of last-gen, alongside PS4 and Xbox One. Hence, even if FIFA 23 / EA Sports FC 23 were to get full cross-play support, it wouldn’t work across PC and console generations.

Denial of responsibility! TechNewsBoy.com is an automatic aggregator around the global media. All the content are available free on Internet. We have just arranged it in one platform for educational purpose only. In each content, the hyperlink to the primary source is specified. All trademarks belong to their rightful owners, all materials to their authors. If you are the owner of the content and do not want us to publish your materials on our website, please contact us by email – [email protected]. The content will be deleted within 24 hours.
beginscrossplayEAEA Sportsea sports fcea sports fc 23FIFAfifa 22 cross platform play
Share FacebookTwitterGoogle+ReddItWhatsAppPinterestEmail

Planning to buy AC, TV, refrigerator or other appliance in Amazon sale: Don’t miss to check these 8 things

How to get directions from Google Maps on Apple Watch