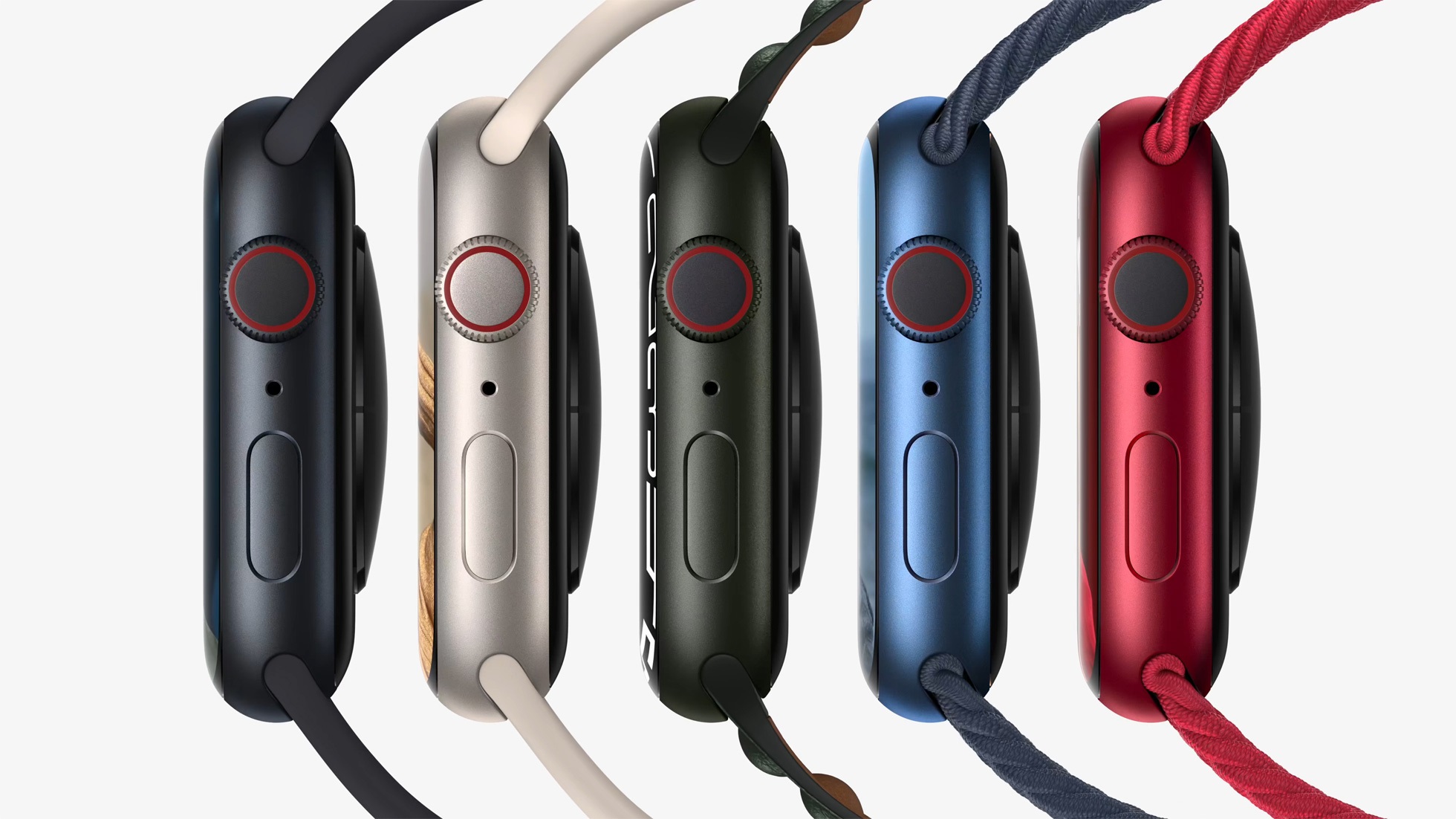 At Apple’s California Streaming event last month, the Apple Watch Series 7 made its debut. Some of the leaks turned out to be inaccurate, but the Series 7 does feature significant improvements over its predecessors. The most obvious is the size of the display. Apple not only made the bezels thinner, but also increased the screen area by 20%. As infrequently as Apple updates its designs, we expected this to be the new standard. But a new report claims another big change is in store for 2022.

On Tuesday, Display Supply Chain Consultants CEO Ross Young asked his followers on Twitter if they would like to see an even bigger display on the Apple Watch Series 8 in 2022. A few minutes later, he responded to his own tweet with an interesting tease about the next Apple Watch:

Don’t be surprised if there are 3 sizes next year…

Young didn’t offer any additional information about the Apple Watch Series 8. His tweets suggest that Apple will add a third, larger Apple Watch model to the lineup next year.

Since introducing the Apple Watch in 2015, Apple has never offered more than two sizes. Initially, the company offered case sizes of 38mm and 42mm. Apple increased the sizes 40mm and 44mm on the Series 4. Then, in 2021, the Apple Watch Series 7 launched in 41mm and 45mm sizes.

Aside from a third model, there’s also a chance that Apple brings the flat sides to the Series 8 design. Rumors ahead of Apple’s September event suggested that Apple would flatten the sides of the Apple Watch Series 7, following in the footsteps of the MacBook Pro, iPad, and iPhone. This was one of the few rumors that didn’t come true during the event, as the sides stayed round.

If you aren’t interested in waiting for an even larger Apple Watch, the Series 7 is currently available to order on Apple’s website. The bad news is that the supply appears to be rather limited. If you were to order an Apple Watch Series 7 today, you’d be lucky to receive it before the end of the month, despite the fact that the new models launch this Friday. In fact, depending on the color and size, you may be waiting until closer to the end of November to actually receive your Series 7 in the mail.

In the meantime, Apple is hosting its second event of the fall next week. On Monday, October 18th, Apple will stream its Unleashed event online. We expect to see new MacBook models with Apple’s M1X chip, a new Mac mini, and possibly the third-generation AirPods.

Denial of responsibility! TechNewsBoy.com is an automatic aggregator around the global media. All the content are available free on Internet. We have just arranged it in one platform for educational purpose only. In each content, the hyperlink to the primary source is specified. All trademarks belong to their rightful owners, all materials to their authors. If you are the owner of the content and do not want us to publish your materials on our website, please contact us by email – [email protected]. The content will be deleted within 24 hours.
appleApplesBigchangegadget updateleakmajormaking
Share FacebookTwitterGoogle+ReddItWhatsAppPinterestEmail