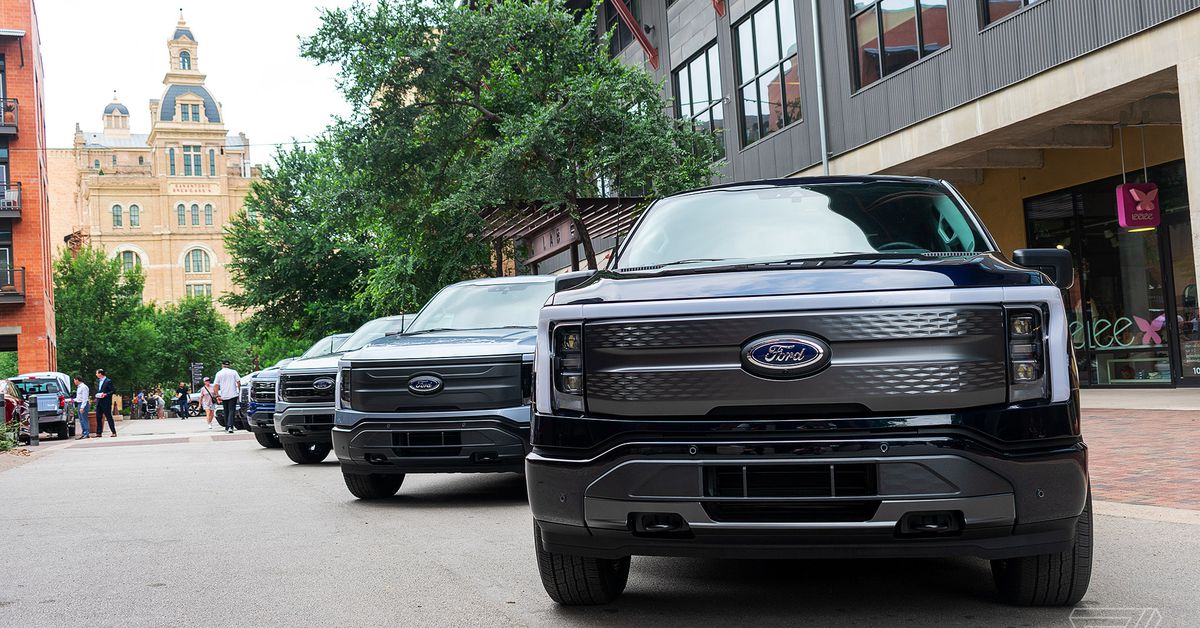 Just a few months after announcing a “radical” split structure placing its electric vehicle future in a new segment called Model E, Ford is discussing more details about sourcing battery production capacity and the basic raw materials to power all of those EVs. Its run rate by late 2023 will need to support the production of 270,000 Mustang Mach-Es, 150,000 Transit EVs, 150,000 F-150 Lightnings, and 30,000 units of a mystery all-new mid-size SUV destined for release in Europe.

What it did not mention, however, is a report from Bloomberg on Wednesday indicating that the company is planning to lay off as many as 8,000 people from the Ford Blue segment that is now responsible for its legacy internal combustion engine-powered businesses.

One part of the plan revealed today includes updates for the batteries used in the Mustang Mach-E and F-150 Lightning EVs. It’s adding lithium iron phosphate batteries (LFP) made by Contemporary Amperex Technology (CATL) for the Mach-E in 2023, and the F-150 Lightning in 2024.

Ford says these will be available alongside batteries with the existing nickel cobalt manganese (NCM) chemistry, which is a similar approach to Tesla. In Tesla’s Q1 earnings report earlier this year, the company said “nearly half of Tesla vehicles produced in Q1 were equipped with a lithium iron phosphate (LFP) battery, containing no nickel or cobalt,” including most standard range vehicles. Ford will take the same approach by using them for standard-range battery packs, playing to the strengths of the LFP batteries which tend to be cheaper but aren’t as energy dense.

Looking further down the road to its target of building 2 million EVs globally by later 2026, Ford announced a separate non-binding MOU with battery giant CATL to “explore a cooperation” for building batteries across China, Europe, and North America. That’s in addition to previously announced battery plants in Kentucky and Tennessee, as well as agreements with mining companies to directly source necessary raw materials, including “most of the nickel needed through 2026 and beyond.”

Denial of responsibility! TechNewsBoy.com is an automatic aggregator around the global media. All the content are available free on Internet. We have just arranged it in one platform for educational purpose only. In each content, the hyperlink to the primary source is specified. All trademarks belong to their rightful owners, all materials to their authors. If you are the owner of the content and do not want us to publish your materials on our website, please contact us by email – [email protected]. The content will be deleted within 24 hours.
BatteryboostFordgadget updateironlinesphosphateproduction
Share FacebookTwitterGoogle+ReddItWhatsAppPinterestEmail