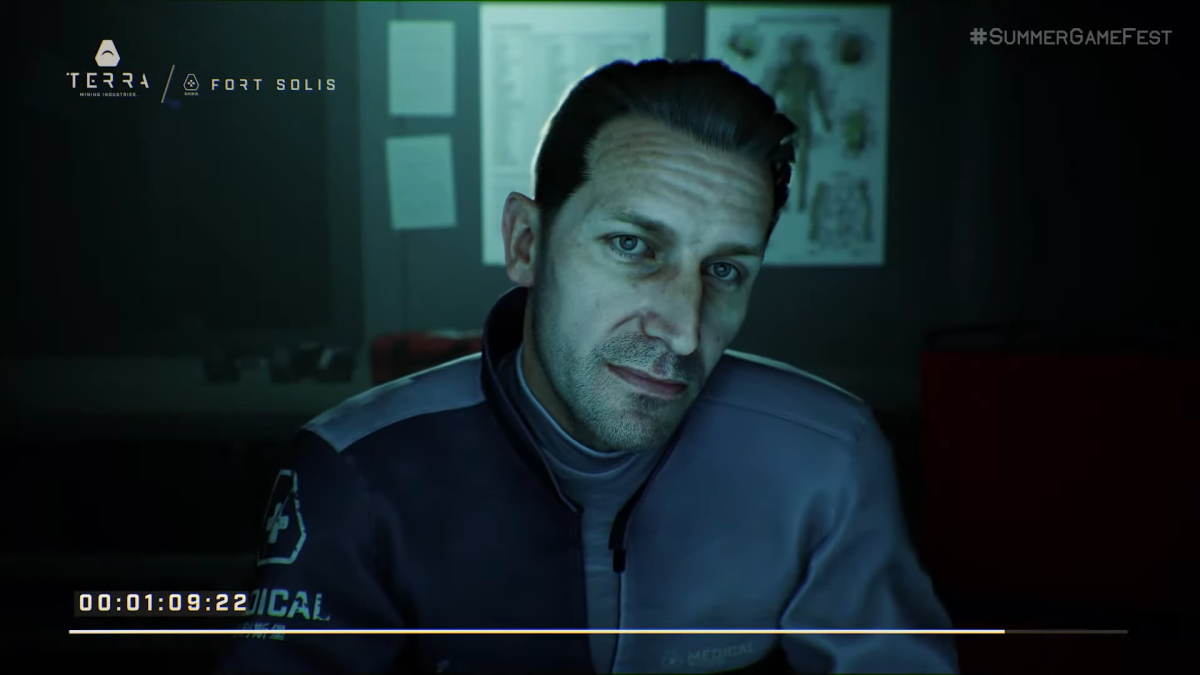 The Summer Game Fest is in full swing now and we’ve just seen another game reveal, a sci-fi action thriller set on Mars that looks to be particularly creepy.

The reveal trailer for Fort Solis keeps us very much in the dark, going more for the emotional impact of the game than giving us much detail about what we’ll be doing in it. Set in a remote Martian mining station called Fort Solis, it looks like you’ll be swapping between control of two characters: medical officer Wyatt Taylor and maintenance engineer Jack Leary.

See if you can make out what’s going on from the trailer:

While neither actor would get too deep into explaining what was happening in the game, Baker revealed that when the game’s director got in touch to recruit him for the project he explained that Fort Solis would be “a tight thriller, we want it to feel like Dead Space meets Duncan Jones’ Moon”. So expect weird, creeping sci-fi, maybe with a little body horror thrown in for good measure.

You can watch the interview for yourself below:

While the trailer didn’t show much of the game’s action, it did reveal that Fort Solis is being built in Unreal Engine 5 and it looks absolutely gorgeous. The red planet is somewhere we’ve been to in a lot of games and it’s often a washed-out space, but in the trailer, those rich reds just give a sense of pulsing danger below the surface of every scene.

Hopefully, we’ll learn what it’s actually about before too long.

Denial of responsibility! TechNewsBoy.com is an automatic aggregator around the global media. All the content are available free on Internet. We have just arranged it in one platform for educational purpose only. In each content, the hyperlink to the primary source is specified. All trademarks belong to their rightful owners, all materials to their authors. If you are the owner of the content and do not want us to publish your materials on our website, please contact us by email – [email protected]. The content will be deleted within 24 hours.
deadDuncanFortgadget updateJonesmeetsMoonSolis
Share FacebookTwitterGoogle+ReddItWhatsAppPinterestEmail