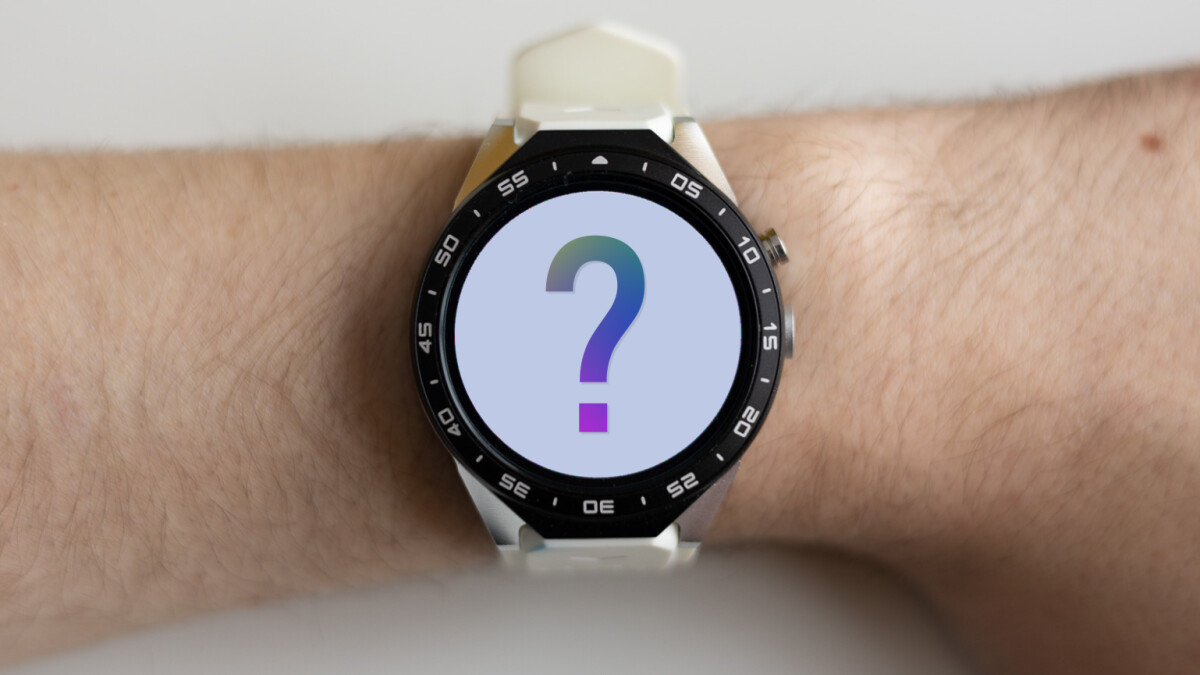 Full Android on a smartwatch: ridiculous or awesome?

Surely you’ve heard of Android. It’s just the most widely adopted mobile operating system in the world. There’s a good chance it’s on your smartphone or tablet right now.

A mobile operating system and main competitor to Apple’s iOS, Google’s Android is most commonly associated with smartphones, be those by Samsung, Motorola, OnePlus, Sony or Google itself, among countless other companies that sell phones running it.

But, Android’s versatility and the fact that it’s open source has also made it the mobile operating system of choice for many enthusiast software developers, for their hobby projects. Some of which, me included, have made it run on countless other devices besides smartphones – from old laptops, to the random retro gaming handheld I bought out of China last month. But let’s say those are niche cases.You know what’s not niche? Smartwatches! The Apple Watch dominates that market and is wildly popular, running Apple’s own WatchOS operating system, while the closest competitor – Samsung’s Galaxy Watch – is running Google’s Wear OS.

Those are dedicated smartwatch operating systems that obviously have limitations as compared to full-blown Android, but are perfectly adapted to the devices they’re meant for – smartwatches with either squircle or round displays.

But what if we get a much bigger operating system meant for smartphones – the aforementioned full-blown Android – and we put it on a smartwatch that definitely can’t handle it very well? Well then we get a fun hobby project!

I bought a smartwatch running Android just to see how bad it is, and…

My home screen, using Nova Launcher and a clock widget

Yeah, it is bad, but also – a really fun project to mess around with. I won’t mention what exact smartwatch this is, because I definitely can’t recommend it to anyone but those who are willing to waste some money in order to play around with something niche and broken by default.

So what I’m working with here is an old version of Android, version 5.1 to be precise, on a 5-year-old smartwatch that’s likely been sitting in a warehouse somewhere until I stumbled upon it.

The first thing I did when I got it was install Nova Launcher on it from the Google Play Store, then I added a large clock widget so the home screen actually looks smartwatch-like, and not like a generic Android homepage with just tiny app icons.

And what do you know – installing Nova Launcher, and just one or two extra apps (YouTube, Spotify) was about enough to fill up the entire storage, because apparently that particular smartwatch has around 400MB free out of the box, even though 4GB was advertised.

That’s the “fun” chance you’re taking when buying a no-brand product out of China – you can’t really trust the listed specs! It actually has about 2GB of storage, with Android taking up most of it.

But hey, it’s full Android on a smartwatch, and now we have installed a few big smartphone apps on it…

How do full Android apps run and look on a niche, underpowered, round smartwatch?

As bad as you’d think! But it’s still cool seeing the smartphone version of YouTube running on this tiny round display. With quite a bit of it cropped out, because the YouTube app has been designed with square-edged displays in mind, not a circular one.

So I open YouTube and type into the search bar… Wait a second, how do you type on this?

Ready to write an essay with this keyboard?

Well, this watch comes with a comically tiny keyboard preinstalled, that can switch between English and Chinese, and only has text prediction for the latter. And you can’t disable the latter, nor did other keyboards I tried installing worked well enough. But in any case…

With some effort, I search for the PhoneArena YouTube channel and play a video. As expected, much of the video is cropped, but it does play just fine in terms of performance, and since the smartwatch has a (reasonably good!) speaker, I can hear it too.

YouTube works just fine, but it sure doesn’t look fine

What happens if I full screen the video? Well, it does go full screen with black borders, but the orientation jarringly changes, so that’s not an ideal way for watching YouTube videos on your wrist either.

But okay, the Android YouTube app works reasonably fine, aside from the fact that it’s not meant for round displays. And Spotify is a similar story. And Facebook. And Twitter. It’s fun seeing their full Android versions open on a tiny round screen, but because of it, they’re all almost completely unusable.

You can’t reach any menu items in the top right or top left corners because they’re cropped out, and sadly, that’s exactly where most Android apps have them positioned.

No amount of compromises can make this good

Have you ever seen an Android app drawer on anything other than a phone or a tablet?

What if you have photos or videos that you cherish and you wish to carry around with you at all times, even when your smartphone isn’t with you? You put them on this smartwatch, right?

Well, photos are fine – they’re small in size and the watch has a built-in file browser you can use to look at them, but videos… Those will work too, don’t get me wrong, you could even install the VLC video player… if there was any available storage for all that jazz.

But no – full Android on this underpowered, round smartwatch is mostly unusable, sluggish, there’s no storage for more than an app or two, and to top it all off – the battery life is almost comically terrible.

Even when it’s doing nothing and it’s turned off, this smartwatch’s battery drains for whatever reason. I don’t know if all my passwords are getting sent to a random location in the Guangzhou region of China or what, but if it drains when it’s off, you can imagine how “good” it is when you’re actually using it.

No joke, about one hour of usage is the best I can squeeze out of it, even with all of the battery saving trickery I know to try. And whether this is due to a small battery, or the fact that it has degraded from sitting in a damp factory somewhere for years, or simply because the full Android operating system isn’t meant for this (that must be it!) – the bottom line is – don’t get a no-name smartwatch running full Android.

Check out our list of the best smartwatches to get right now, which, of course, all run dedicated smartwatch operating systems instead. Ones that are designed for unique display shapes, and are lightweight enough to run snappy and last long between charges, even on a tiny battery.

But as for me – I don’t really need an Apple Watch. What I love is to tinker with weird devices, see what those can do. And this one – it can do a lot, but badly, and for a very short period of time, before it flattens out and needs recharging. I don’t regret trying it out, though, because of just how fun and ridiculous it is as a concept. The things that exist out there!

Denial of responsibility! TechNewsBoy.com is an automatic aggregator around the global media. All the content are available free on Internet. We have just arranged it in one platform for educational purpose only. In each content, the hyperlink to the primary source is specified. All trademarks belong to their rightful owners, all materials to their authors. If you are the owner of the content and do not want us to publish your materials on our website, please contact us by email – [email protected]. The content will be deleted within 24 hours.
AndroidawesomeFullgadget updateridiculoussmartwatchtech boytech news
Share FacebookTwitterGoogle+ReddItWhatsAppPinterestEmail