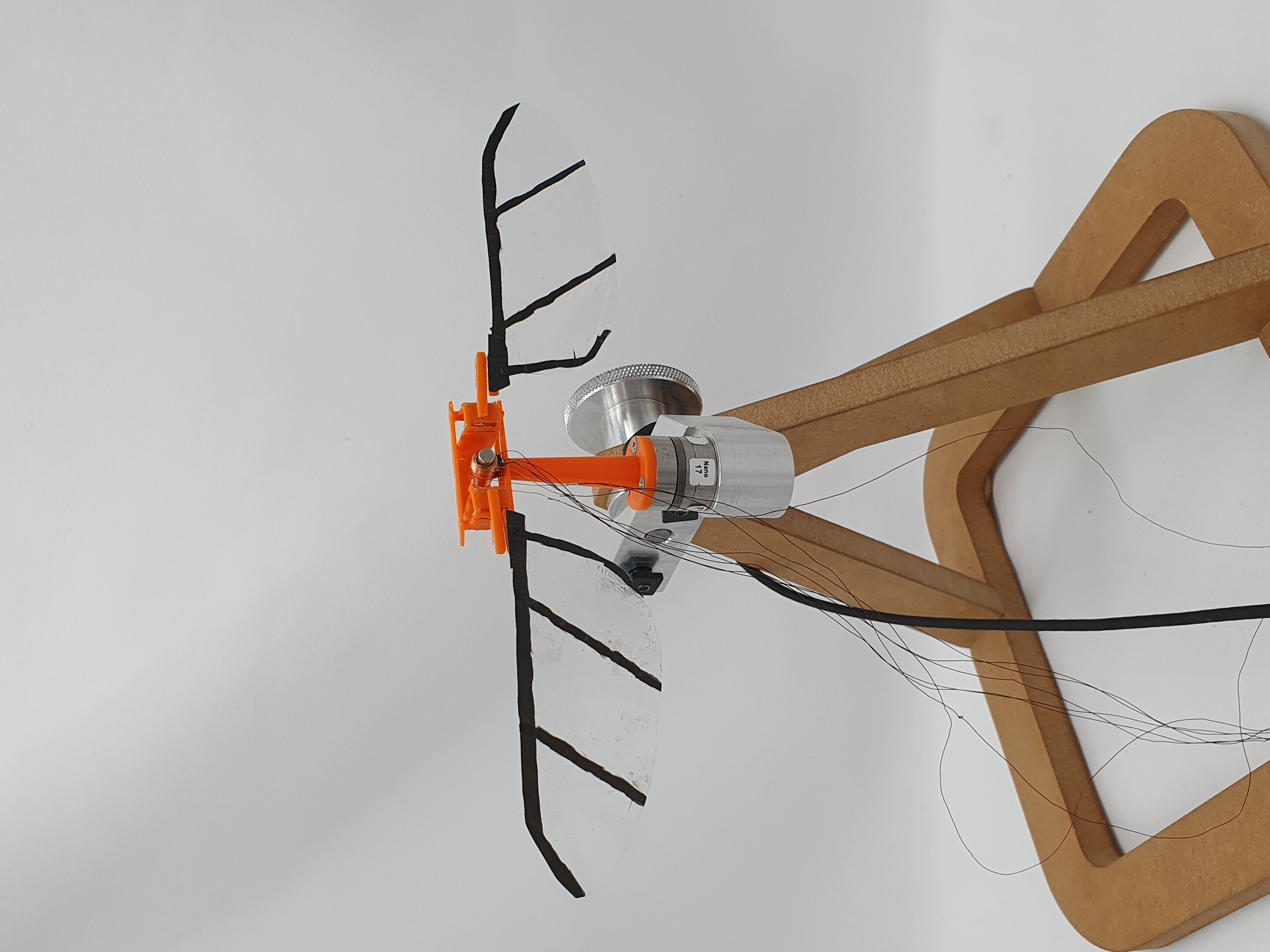 A team of Ph.D. students led by UniSA Professor of Sensor Systems, Javaan Chahl, spent part of the 2020 COVID-19 lockdown designing and testing key parts of a dragonfly-inspired drone that might match the insect’s extraordinary skills in hovering, cruising and aerobatics.

The UniSA students worked remotely on the project, solving mathematical formulas at home on whiteboards, digitizing stereo photographs of insect wings into 3D models, and using spare rooms as rapid prototyping workshops to test parts of the flapping wing drone.

Their findings have been published in the journal Drones.

Describing the dragonfly as the “apex insect flyer,” Prof Chahl says numerous engineering lessons can be learned from its mastery in the air.

“Dragonflies are supremely efficient in all areas of flying. They need to be. After emerging from under water until their death (up to six months), male dragonflies are involved in perpetual, dangerous combat against male rivals. Mating requires an aerial pursuit of females and they are constantly avoiding predators. Their flying abilities have evolved over millions of years to ensure they survive,” Prof Chahl says.

“They can turn quickly at high speeds and take off while carrying more than three times their own body weight. They are also one of nature’s most effective predators, targeting, chasing and capturing their prey with a 95 percent success rate.”

The use of drones has exploded in recent years—for security, military, delivery, law enforcement, filming, and more recently health screening purposes—but in comparison to the dragonfly and other flying insects they are crude and guzzle energy.

The UniSA team modeled the dragonfly’s unique body shape and aerodynamic properties to understand why they remain the ultimate flying machine.

Because intact dragonflies are notoriously difficult to capture, the researchers developed an optical technique to photograph the wing geometry of 75 different dragonfly (Odonata) species from glass display cases in museum collections.

In a world first experiment, they reconstructed 3D images of the wings, comparing differences between the species.

“Dragonfly wings are long, light and rigid with a high lift-to-drag ratio which gives them superior aerodynamic performance.

Their long abdomen, which makes up about 35 percent of their body weight, has also evolved to serve many purposes. It houses the digestive tract, is involved in reproduction, and it helps with balance, stability and maneuverability. The abdomen plays a crucial role in their flying ability.”

Dragonflies perform upside down backflips to right themselves

Denial of responsibility! TechNewsBoy.com is an automatic aggregator around the global media. All the content are available free on Internet. We have just arranged it in one platform for educational purpose only. In each content, the hyperlink to the primary source is specified. All trademarks belong to their rightful owners, all materials to their authors. If you are the owner of the content and do not want us to publish your materials on our website, please contact us by email – [email protected]. The content will be deleted within 24 hours.
300millionyearolddronesflyingfuturegadget updatemachineresembletech boy
Share FacebookTwitterGoogle+ReddItWhatsAppPinterestEmail

You can lock Chrome incognito tabs on Android now. Bring it to the PC!

Samsung Galaxy S23 confirmed to debut with a custom “for…

You can lock Chrome incognito tabs on Android now. Bring it…

Samsung Galaxy S23 confirmed to debut with a custom…