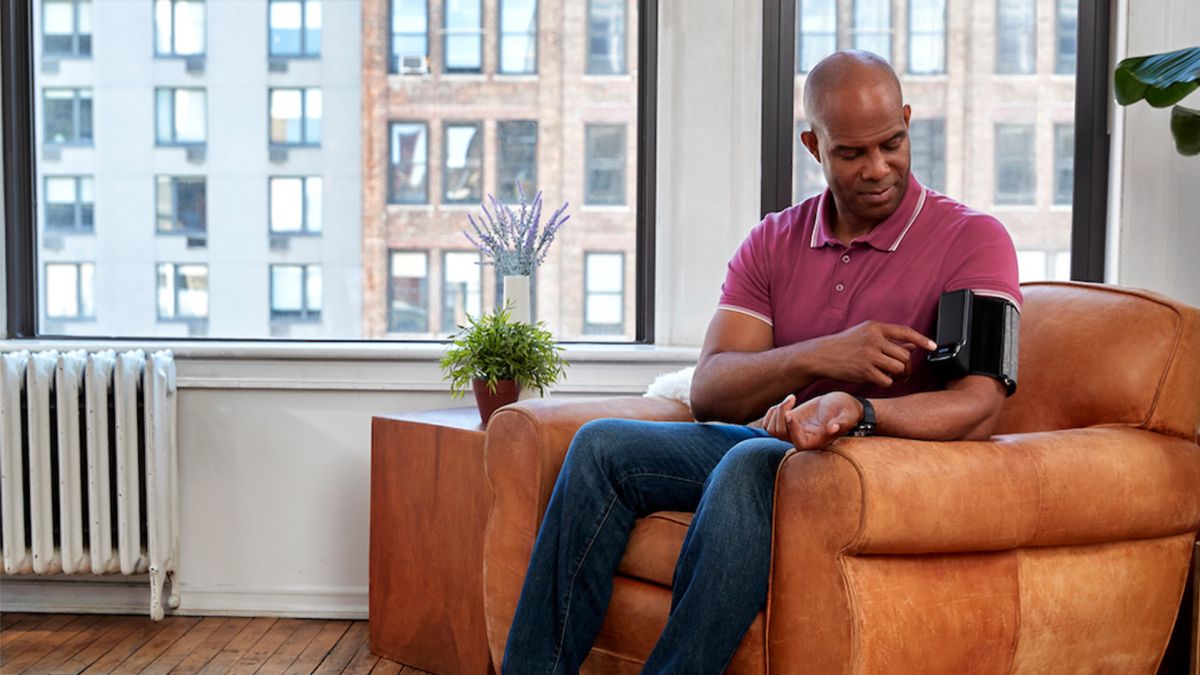 Better known for its smartwatches and GPS navigators, Garmin is entering a new frontier of health monitoring with its first smart blood pressure monitor: the Index BPM.

The first thing you’ll notice is that the Index BPM (opens in new tab) is a lot bulkier than, say a smartwatch. A likely reason for its size is so the device can fit around your bicep and deliver accurate readings. While there are smartwatches that can measure blood pressure (opens in new tab), the ones that do it with a cuff are not widely available and those that use pulse transit time “need regular calibration with a conventional home blood pressure monitor,” according to Garmin. Plus, Garmin notes, those devices typically can’t “track systolic and diastolic blood pressure” whereas the Index BPM can.

According to the Centers for Disease Control and Prevention (CDC) (opens in new tab), systolic blood pressure refers to the arterial pressure when your heart pumps, and diastolic is the pressure when your heart rests. Knowing both is important for heart health. Readings for both measurements appear on the Index’s OLED screen with corresponding “SYS” and “DIA” indicators so you’ll know which number is which.

The strap on the Index BPM can fit a wide variety of arm sizes from nine to 17 inches  (22 to 42 cm) in circumference. It’s powered by four AAA batteries that’ll last you a good nine months before needing to be replaced, according to Garmin.

When it comes to the software side, features on the Index BPM allow for multiple users and ways to create reports. The device can sync up with the Garmin Connect mobile app (opens in new tab) via Wi-Fi where you can view blood pressure readings in detail, add some notes, and view your device’s overall history. Collected data can also be viewed as either a weekly, monthly, or yearly report on the app.

Up to 16 different user profiles can be created for the Index BPM on the Connect app. Each profile will track the readings for each individual using the device. And that data can then be synced over to other Garmin Connect apps, so people can read their reports on their devices.

Garmin notes that the Index BPM has been cleared by the Food and Drug Administration (FDA) which may lead some who think it hasn’t been “FDA approved”. Whenever a new medical device hits the market, the FDA tests them to make sure they’re safe. (opens in new tab) If something is “FDA-cleared”, it means that the device operates similarly to an already existing one and doesn’t need special “pre-market approval”. “FDA-approved,” on the other hand, usually pertains to drugs and anything that can impact a person’s health directly.

Garmin may well be the first to capitalize on providing accurate blood pressure monitoring.  As stated earlier, most smartwatches aren’t the most accurate in measuring blood pressure, even Apple is struggling with the tech, more specifically accuracy. According to a Bloomberg report (opens in new tab), Apple wants to add the feature to Apple Watch but it looks like it won’t happen until 2024.

Huawei, on the other hand, appears to have gotten this tech working. TechRadar’s own Lance Ulanoff recently tried out the Huawei Watch D at the IFA 2022 event where the device took his systolic and diastolic blood pressure. Be sure to check out our coverage.

Denial of responsibility! TechNewsBoy.com is an automatic aggregator around the global media. All the content are available free on Internet. We have just arranged it in one platform for educational purpose only. In each content, the hyperlink to the primary source is specified. All trademarks belong to their rightful owners, all materials to their authors. If you are the owner of the content and do not want us to publish your materials on our website, please contact us by email – [email protected]. The content will be deleted within 24 hours.
capitalizesfeaturegadgetgadget updateGarminsMissingsmartwatchtech boy
Share FacebookTwitterGoogle+ReddItWhatsAppPinterestEmail

This dangerous Android spyware could affect millions of devices