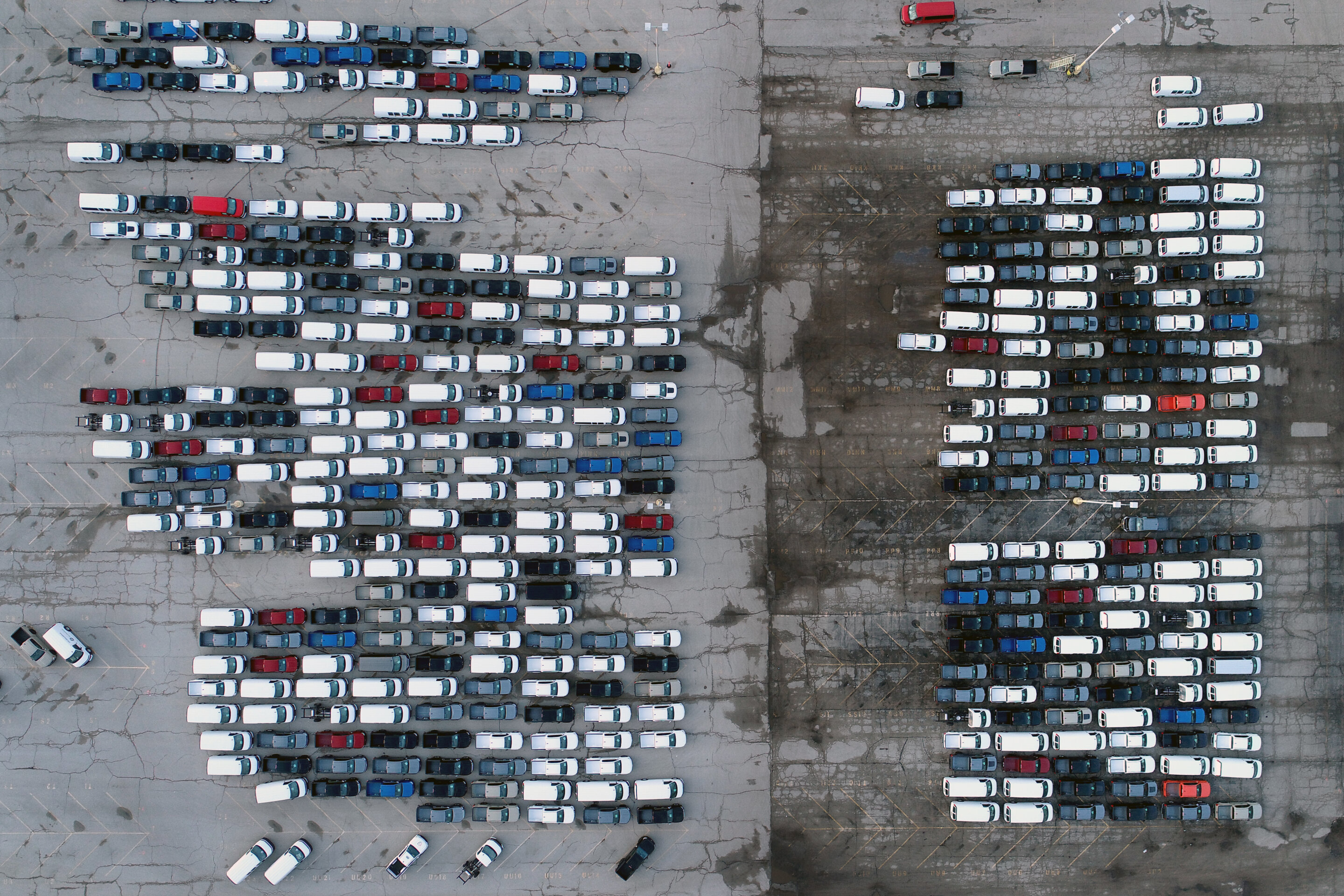 Shares of General Motors Co. closed at a record high Thursday after the company said its efforts to manage the global computer chip shortage have worked better than expected, so it’s financial results will improve.

The company said in a statement Thursday it has made engineering changes, prioritized semiconductor use and pulled some potential deliveries into the second quarter. So now the first-half earnings will be significantly better than forecasts it issued earlier in the year.

GM had predicted a first-half pretax profit of around $5.5 billion when it released first-quarter earnings in May. The company also said it’s optimistic about the full year, but gave no further details.

Shares of GM rose 6.4% to close Thursday at $63.46, a record since the company left bankruptcy protection in November of 2010. The stock is up 52% so far this year as the company has emphasized its transition from internal combustion to electric vehicles.

In the first quarter the company turned a $2.98 billion net profit as strong U.S. consumer demand and higher prices offset production cuts brought on by the chip shortage.

GM previously forecast a full-year pretax profit of $10 billion to $11 billion and said earnings would be at the high end of the range. Full-year net income is expected to be between $6.8 billion and $7.6 billion.

In a Thursday afternoon online discussion with a Credit Suisse analyst, GM Chief Financial Officer Paul Jacobson said the chip supply situation is volatile, but GM has been able to step up its production a bit from what it expected a month ago. The company sees the shortage lasting into the third quarter.

“We certainly see it starting to get better in the second half, and hopefully getting to a point where we’ve reached normalization in 2022,” he said, cautioning against predictions that far into the future.

Credit Suisse analyst Dan Levy said GM has enough dealer stock to supply only 22 days of demand, when it normally has 80.

Jacobson said consumer demand has been strong, especially for full-size SUVs and pickup trucks. He said the company may not return to the stocks its dealers carried before the pandemic, but it has to increase inventory from current levels because there are “too many dealers with empty lots.”

The chip shortage happened because automakers and parts-supply companies closed factories and canceled chip orders early last year as the novel coronavirus was spreading. The factories came back in eight weeks, faster than expected, but by then the semiconductor industry had switched production to chips for the booming consumer electronics market.

A March 19 fire at a Japanese factory that makes automotive chips made the problem worse. The shortage has forced production cuts, crimping the supply of new vehicles just as demand recovers from the coronavirus pandemic, causing shortages and raising new vehicle prices. Used vehicle prices have hit record levels.

Renesas, the company hit by the fire, said production is now back to 88% of what it was before the blaze. With new equipment being installed, the company expects to resume full production by mid June.

Ford has said the shortage would halve its production from normal levels in the second quarter. Nearly all automakers have been affected including Nissan, Honda, Stellantis, Tesla and Volkswagen.

GM’s statement said its factories will still be affected by the chip shortage through June and July. But it’s shifting chips to higher-margin, high-demand vehicles such as pickup trucks and full-size SUVs. U.S. assembly plants that build those products won’t take the traditional summer two-week shutdown this year, the company said.

In addition, GM’s heavy-duty truck plant in Flint, Michigan, will crank out about 1,000 more trucks per month due to production line efficiencies, the company said.

GM also said it’s starting to install computers in midsize trucks that were built without them due to the shortage. Those vehicles will be shipped in early July.

Denial of responsibility! TechNewsBoy.com is an automatic aggregator around the global media. All the content are available free on Internet. We have just arranged it in one platform for educational purpose only. In each content, the hyperlink to the primary source is specified. All trademarks belong to their rightful owners, all materials to their authors. If you are the owner of the content and do not want us to publish your materials on our website, please contact us by email – [email protected]. The content will be deleted within 24 hours.
chipeasesforecastgadget updatehitsliftsrecordshortage
Share FacebookTwitterGoogle+ReddItWhatsAppPinterestEmail