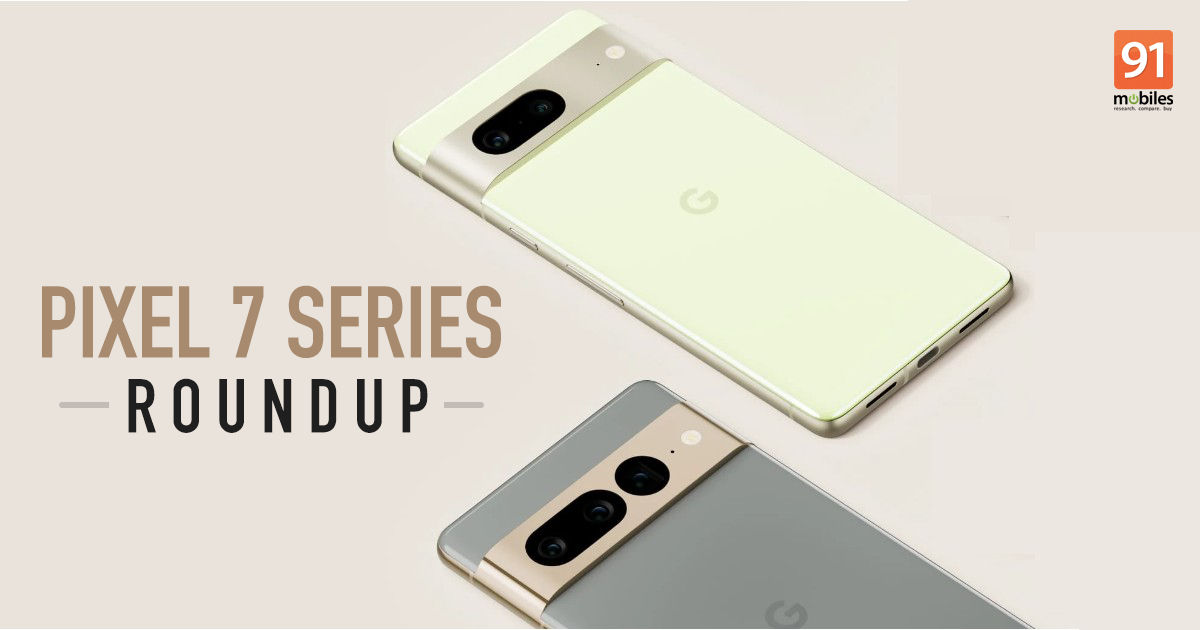 Google Pixel 7 and Pixel 7 Pro launch date, price in India, specifications, and everything we know so far 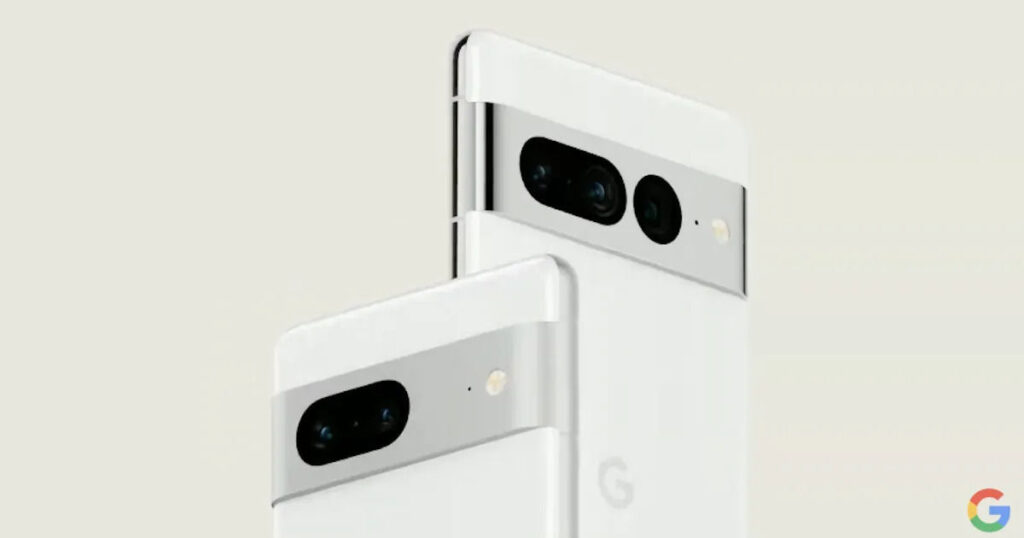 Google hasn’t revealed the official specifications of the upcoming Pixel flagships. But according to reports Google Pixel 7 will come with a 90Hz 6.3-inch display with 1,080 x 2,400p resolution, whereas the Pixel 7 Pro is expected to come with a 120Hz 6.7-inch display with a 1,440 x 3,120p resolution. To recall, Google used a similar display configuration on the last year’s Pixel 6 series, barring the somewhat downsized 6.3-inch display on the Pixel 7. Both smartphones are expected to use LTPO AMOLED displays and should retain the HDR10+ certification. Another report claims that Pixel 7 Pro’s display would be brighter than its predecessor, and is using a Samsung S6E3HC4 panel with a maximum 1000nits brightness. Google confirmed that both smartphones will use the upgraded second generation Tensor SoC, which is a successor to the last year’s first generation Tensor SoC that google used in Pixel 6 and Pixel 6 Pro and the recently launched Pixel 6a smartphone. The chipset is said to use the Samsung 5300 Exynos Modem for connectivity. Reports claim that the Tensor chipset has a model number GS201 with the codename “Cloudripper”. The upcoming SoC will use a  4+2+2 triple-tier CPU layout, similar to the first-gen Tensor chip. The four low-end cores, which are based on Cortex A55 architecture, will handle the less demanding tasks, and the two mid-cores and high-cores will take over the high CPU-intensive tasks. 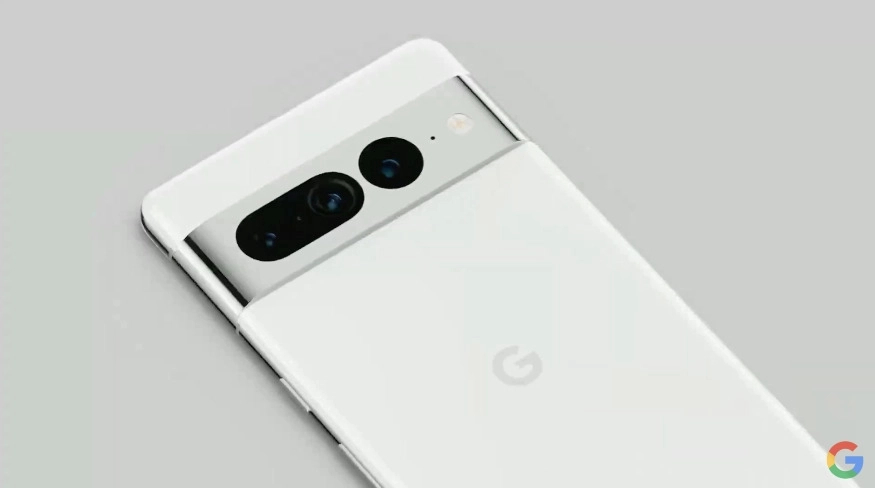 Since Google confirmed that it’ll use the upgraded second-generation Tensor SoC in the upcoming Pixel flagships. We expect Google will make use of its latest chipset to its full strength. Something that Google already seems to be doing, since, according to a series of leaks from Twitter user Kuba Wojciechowski suggest that Google is using the same GN1 primary sensor and IMX381 ultra-wide sensor, the same as last year’s flagships. Whereas the front camera is now using an 11MP Samsung 3J1 sensor, both on the Pixel 7 and Pixel 7 Pro. The tipster further suggests the Pixel 7 Pro will have a new telephoto sensor. Now, the telephoto sensor has changed from Sony’s IMX586 to Samsung’s GM1. Another report from 9to5Google suggests that both Google Pixel 7 and Pixel 7 Pro will be capable of shooting 4K from the front camera.

Google Pixel 7 series is expected to run Android 13 out of the box since the Android 13 release is right around the corner. Android 13 will include changes to Material Desing 2.0, a new photo and video picker, more private Nearby Device permission, new Project Mainline modules, Bluetooth LE Audio, support for MIDI 2.0, and more control over the app notifications as well as support for DNS over HTTPS.

Android 13 is also expected to include an app drawer button in Taskbar UI, HDR video support in Camera2 API, resolution settings to save battery, a new unified Security & Privacy section to easily control what data you share with apps, 3D wallpapers with ‘cinematic effects’, dark mode for bedtime, revamped screen savers for tablets, QR code shortcuts in Settings, and new media controls. Dynamic System Updates will also get faster. The OS will also get a bandwidth throttling feature in Developer options to let you control the internet speeds, and the Clipboard data will be automatically cleared after 1 hour to preserve users’ privacy.

The Google Pixel 7 and Pixel 7 Pro sport an upgraded design language and will see an aluminium camera visor at the rear. The camera visor now features two cutouts for the cameras. One housing the primary sensor and an ultra-wide camera and the other cutout probably housing a telephoto sensor. This design is quite a departure from the Pixel 6 series’ more subdued camera visor design. Another report from Tom’s guide also suggests that the Pixel 7 series could use an under-screen selfie camera based on a Google patent. 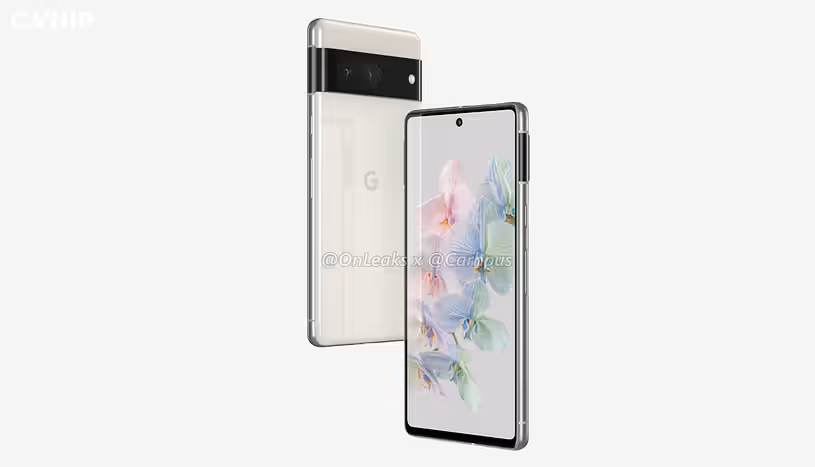 In terms of design dimensions, CAD-based readers from CarHP suggest that the Pixel 7 will get 155.6mm x 73.1mm x 8.7mm (11.44 mm with the rear camera bump), suggesting the device will be smaller and will sport a slimmer build than the Google Pixel 6. To recall, Pixel 6 featured 158.6mm x 74.8 mm x 8.9 mm dimensions. Whereas, since the Pixel 7 Pro has expected to retain the same display size we expect the dimensions for the device will be similar to the Pixel 6 Pro, but it may get a slimmer build. 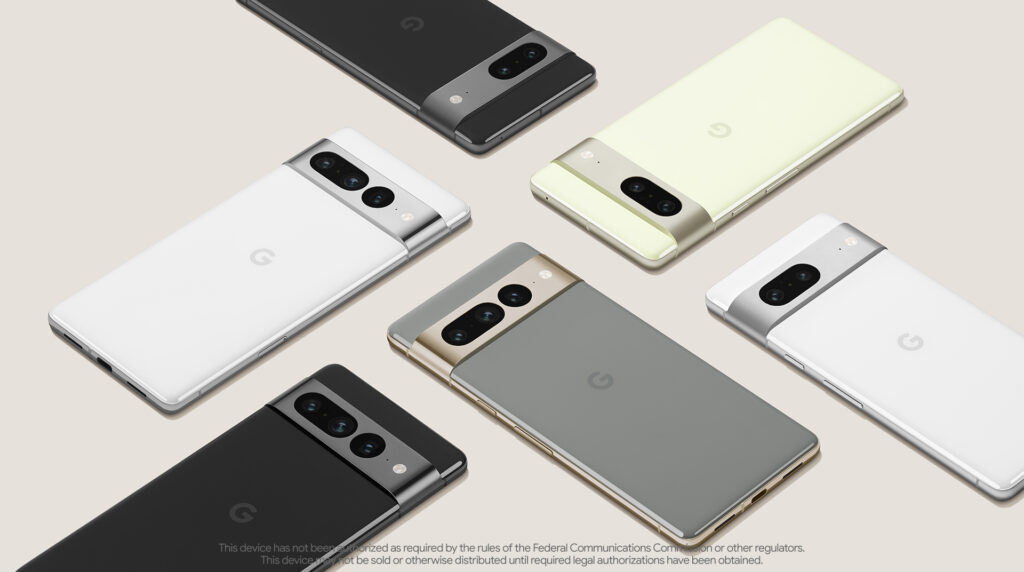 Denial of responsibility! TechNewsBoy.com is an automatic aggregator around the global media. All the content are available free on Internet. We have just arranged it in one platform for educational purpose only. In each content, the hyperlink to the primary source is specified. All trademarks belong to their rightful owners, all materials to their authors. If you are the owner of the content and do not want us to publish your materials on our website, please contact us by email – [email protected]. The content will be deleted within 24 hours.
datefeaturegadget updateGooglegoogle pixel 7google pixel 7 proIndialaunch
Share FacebookTwitterGoogle+ReddItWhatsAppPinterestEmail

The Samsung Galaxy S23 Ultra fingerprint sensor to be a fast…