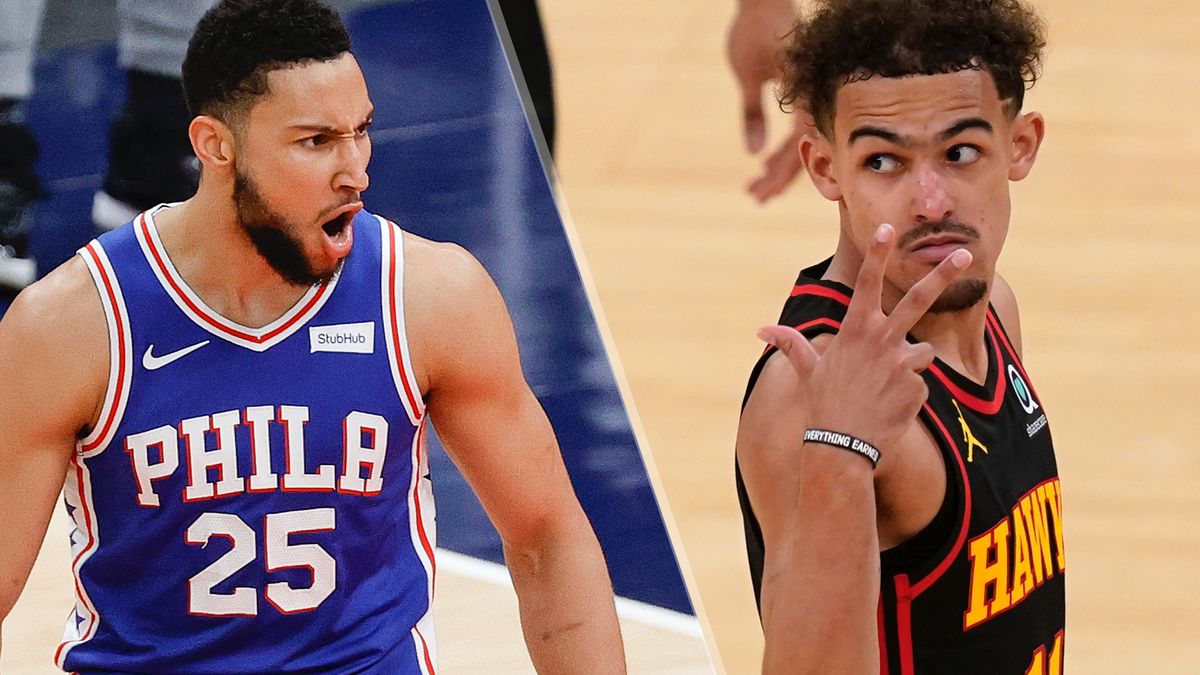 Hawks vs 76ers live stream: How to watch the NBA Playoffs Game 1 online

The Hawks vs 76ers live stream will be a big test for both clubs. Atlanta’s Trae Young will look to continue a solid fist round performance, while the Sixers will try to see how long they have to wait for Joel Embiid to return. Either way the first test will be this NBA playoffs live stream?

The 76ers finished the regular season with the best record in the Eastern Conference. A lot of their success was because of the season Joel Embiid put together. The 27-year-old big man scored 28.5 points-per-game this year while averaging 10.6 rebounds-per-game. His overall play landed him as a finalist for this year’s MVP award.  Philadelphia’s only real threat to at least making the conference finals seemed to be something that has haunted them in the past: injury.

Last year, Ben Simmons missed the playoffs with a knee injury and the Sixers were swept in the first round by the Celtics. This year, Joel Embiid’s postseason run is being threatened after he suffered a torn meniscus in Game 4 against Washington. Officially the Sixers have him listed as day-to-day, but the general consensus is Embiid will play if Philly finds themselves in trouble in this series. Until his return, the Sixers will have to rely on fellow all-star Ben Simmons and the team’s second leading scorer, Tobias Harris.

The Hawks enter the second round for the first time since 2016 and they do so after beating the Knicks in five games. Trae Young was masterful in the series, averaging 29.2 points and 9.8 assists-per-game. Both numbers up from his regular season averages. The 76ers are in the conference semis for the third time in 4 years after beating the Wizards in five games. Philly is trying to advance to their first conference finals in 20 years.

How to avoid Hawks vs 76ers blackouts with a VPN

If you’ve had to leave your own “bubble” — or you’ve been hit by a dreaded local blackout — and you can’t watch Hawks vs 76ers live streams on cable, you’re not out of luck. With a virtual private network, or VPN, you can appear to be surfing the web from your home town (or somewhere that blackouts won’t hit), and access the same streaming services you already paid for.

If you’ve already cut the cord and don’t have a cable package, you’ll be able to get this game on Sling TV and FuboTV. But you will probably want to go with Sling, as while ESPN and TNT (the other big NBA channel) are both included in the Sling Orange package, which costs $35 — TNT isn’t on Fubo.

Both are two of the picks on our best streaming services list, but you might be annoyed to learn Sling doesn’t have ABC (which you can get with one of the best TV antennas). That said, ESPN3 is simulcasting ABC NBA playoff games, so you’ll be good with Sling.

Sling TV: You can get ESPN3 and TNT in the Sling Orange package. The 30-plus channels in the lineup include AMC, CNN, Food Network, AMC, Comedy Central, HGTV and many more.View Deal

Fubo.TV: If you love sports, you probably want to check out Fubo.TV. It’s got a 7-day free trial so you don’t need to pay up front. The channel lineup includes ABC and ESPN, as well as other top networks like Bravo, FX, MTV and USA. Plus, it’s got NBA TV (in the $5.99 fubo Extra add-on), which will have other playoff games.View Deal

Hawks vs 76ers live streams in the UK

British basketball fans rely on Sky Sports — though it often fails them. The Hawks vs 76ers live stream is not on Sky Sports.

NBA League Pass is available in the U.K..

Hoops fans in Canada can watch Hawks vs 76ers with SportsNet, which can be added to your package if you don’t have it already. The game is on SN1.

Denial of responsibility! TechNewsBoy.com is an automatic aggregator around the global media. All the content are available free on Internet. We have just arranged it in one platform for educational purpose only. In each content, the hyperlink to the primary source is specified. All trademarks belong to their rightful owners, all materials to their authors. If you are the owner of the content and do not want us to publish your materials on our website, please contact us by email – [email protected]. The content will be deleted within 24 hours.
76ersgadget updategameHawksliveNBAOnlineplayoffs
Share FacebookTwitterGoogle+ReddItWhatsAppPinterestEmail