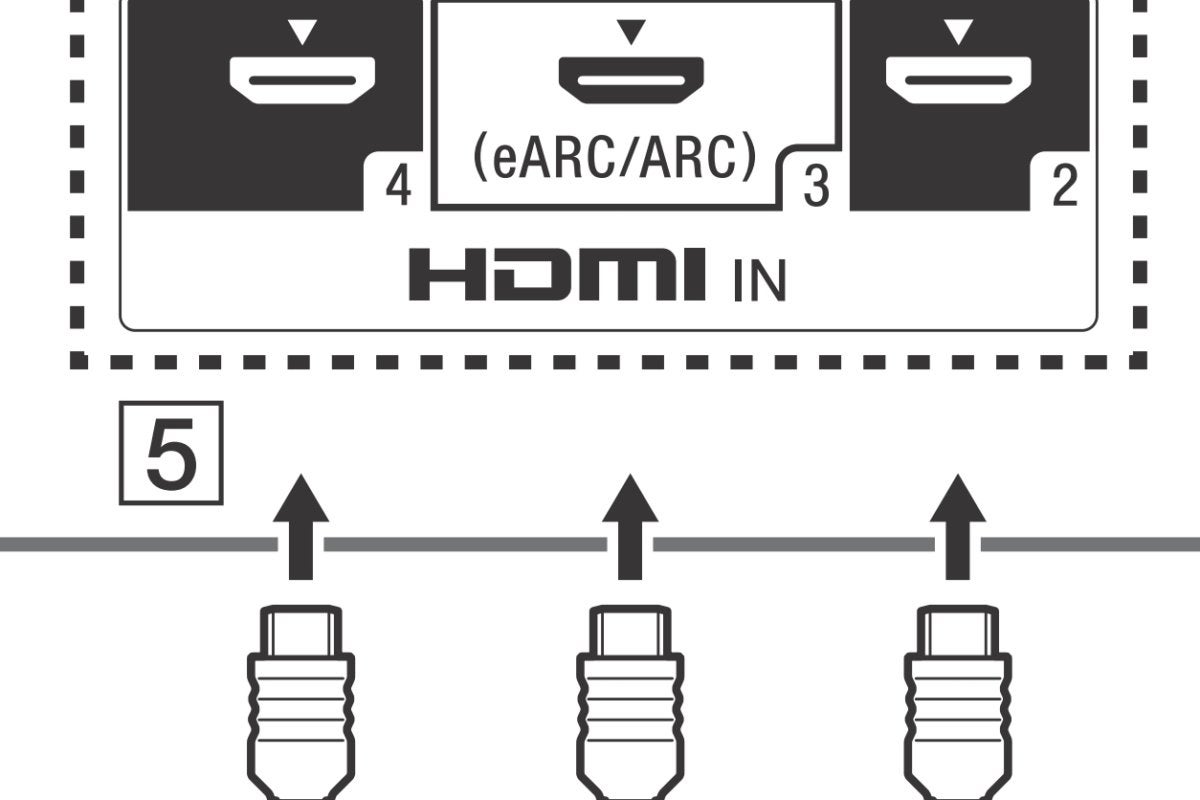 HDMI ARC and HDMI eARC explained: The evolution of the Audio Return Channel

ARC (the acronym stands for Audio Return Channel) is the digital conduit that TVs use to send their audio—whether it be from an onboard over-the-air tuner or an onboard or USB media streamer that connects to a movie service such as Netflix—over an HDMI cable to your soundbar or A/V receiver. So it should come as no surprise that the acronym eARC stands for enhanced Audio Return Channel

ARC is superior to older methods of carrying digital audio (e.g., fiber-optical cables with TOSLINK connectors, and coaxial copper cables with RCA connectors) because it can deliver bandwidth of 1Mbps—almost three times more than those older cables, which are limited to 384Kbps of bandwidth.

ARC has been “good enough” for many years, provided multi-channel soundtracks were compressed so they needed no more than 1Mbps of bandwidth. ARC cannot carry 5.1 channels of uncompressed audio or anything more than that, nor can it handle high-resolution soundtracks encoded in immersive, object-based formats such as Dolby Atmos and DTS:X.

eARC, introduced with the HDMI 2.1 standard, blows through that bandwidth limit, providing a staggering 37Mbps of bandwidth. A pipe that fat can not only carry eight channels of uncompressed surround sound, it can do it with up to 24-bit resolution and at sampling rates as high as 192kHz.

That level of resolution is massive overkill for many, of course, considering that most listeners can’t tell the difference between 44.1kHz/16-bit audio and 48kHz/24-bit audio, but it’s available for those high-def audio buffs who swear they can. Besides, headroom is never a bad thing.

A more likely use for all that bandwidth will be to stream soundtracks encoded in immersive, object-based formats such as Dolby Atmos and DTS:X. Auro 3D has not been mentioned, though that should work fine, too. The important thing is that the audio in streamed media need no longer be inferior to what you get from Blu-ray and Ultra HD Blu-ray discs.

eARC doesn’t depend on HDMI 2.1

The really good news is that vendors can pick and choose which parts of the new HDMI standard they want to implement; they can add eARC without adding supporting for 8K video resolution, for instance. And eARC will play nice with older equipment, falling back to the older ARC standard when it needs to.

You’ll need eARC support at both ends of the cable to reap the maximum benefit from the new standard. That said, while there aren’t a lot of audio products currently supporting eARC, some devices might be upgradeable via firmware. Check with your vendor.

Most older cables should work

Though there was a lot of hoopla and trepidation when HDMI 2.1 introduced yet another new cabling standard, the truth is that a good-quality cable from even the dawn of the HDMI era should function just fine with ARC. Move up to eARC and you’ll want one that can handle more bandwidth, but you still might not need to buy a new one. A standard HDMI cable with ethernet or anything of a higher grade (any high-speed HDMI cable with ethernet, or any ultra high-speed HDMI cable) should work. Some of the shoddier cables from the past might give you issues, but by all means, give your existing connections a whirl before you rush out to grab new ones.

Here today, in the mainstream soon

Sony’s top-of-the line A9F and Z9F Master Series TVs were first to ship with eARC, but the recently reviewed XBR 950G features it, so it’s made it into Sony’s mid-range models as well. The illustration at the top of this page came that unit’s user’s guide.

Most of LG’s 2019 TVs feature eARC, but Samsung claimed before the 2019 model year that streaming services with Dolby Digital Plus somehow obviated the need for eARC. Yes, Dolby Atmos can be passed over ARC via Dolby Digital Plus—but ARC doesn’t have the bandwidth for a Dolby TrueHD stream with Dolby Atmos. After riding that pony for a while, the company announced eARC will be available via a firmware upgrade for its 2019 QLEDs that sport a OneConnect breakout box.

Mid-range and low-end TVs will eventually get eARC, just as some sub-$1,000 TVs are employing the quantum dots that were once the sole province of Samsung’s QLEDs. Audiophiles, including surround-sound fans, are likely to be the only listeners who will chase after eARC; but it will eventually improve home-theater audio for everyone. And that’s a good thing.

November 7, 2019: Note that HDMI has always supported 192hz/24-bit audio when carried over the main link so an optical disc player (or similar), can transmit high resolution audio to an A/V receiver or TV. This article is about pass-through audio only.

Denial of responsibility! TechNewsBoy.com is an automatic aggregator around the global media. All the content are available free on Internet. We have just arranged it in one platform for educational purpose only. In each content, the hyperlink to the primary source is specified. All trademarks belong to their rightful owners, all materials to their authors. If you are the owner of the content and do not want us to publish your materials on our website, please contact us by email – [email protected]. The content will be deleted within 24 hours.
ArcaudioChanneleARCevolutionexplainedgadget updateHDMI
Share FacebookTwitterGoogle+ReddItWhatsAppPinterestEmail

Popular apps have vulnerabilities in how they connect to the cloud. At risk is users’ personal data.