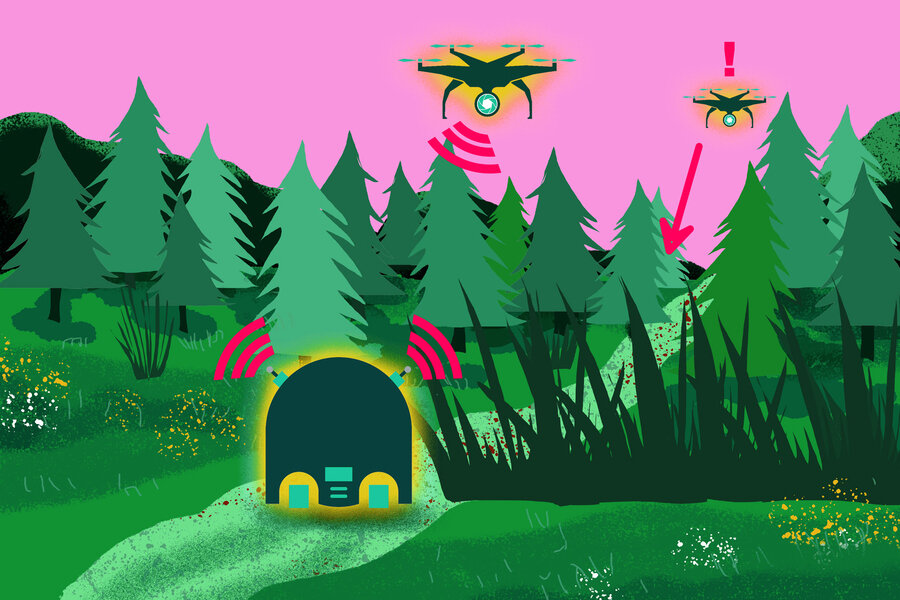 Helping robots collaborate to get the job done

Consider a search-and-rescue mission to find a hiker lost in the woods. Rescuers might want to deploy a squad of wheeled robots to roam the forest, perhaps with the aid of drones scouring the scene from above. The benefits of a robot team are clear. But orchestrating that team is no simple matter. How to ensure the robots aren’t duplicating each other’s efforts or wasting energy on a convoluted search trajectory?

MIT researchers have designed an algorithm to ensure the fruitful cooperation of information-gathering robot teams. Their approach relies on balancing a tradeoff between data collected and energy expended—which eliminates the chance that a robot might execute a wasteful maneuver to gain just a smidgeon of information. The researchers say this assurance is vital for robot teams’ success in complex, unpredictable environments. “Our method provides comfort, because we know it will not fail, thanks to the algorithm’s worst-case performance,” says Xiaoyi Cai, a Ph.D. student in MIT’s Department of Aeronautics and Astronautics (AeroAstro).

The research will be presented at the IEEE International Conference on Robotics and Automation in May. Cai is the paper’s lead author. His co-authors include Jonathan How, the R.C. Maclaurin Professor of Aeronautics and Astronautics at MIT; Brent Schlotfeldt and George J. Pappas, both of the University of Pennsylvania; and Nikolay Atanasov of the University of California at San Diego.

Robot teams have often relied on one overarching rule for gathering information: The more the merrier. “The assumption has been that it never hurts to collect more information,” says Cai. “If there’s a certain battery life, let’s just use it all to gain as much as possible.” This objective is often executed sequentially—each robot evaluates the situation and plans its trajectory, one after another. It’s a straightforward procedure, and it generally works well when information is the sole objective. But problems arise when energy efficiency becomes a factor.

Cai says the benefits of gathering additional information often diminish over time. For example, if you already have 99 pictures of a forest, it might not be worth sending a robot on a miles-long quest to snap the 100th. “We want to be cognizant of the tradeoff between information and energy,” says Cai. “It’s not always good to have more robots moving around. It can actually be worse when you factor in the energy cost.”

The researchers developed a robot team planning algorithm that optimizes the balance between energy and information. The algorithm’s “objective function,” which determines the value of a robot’s proposed task, accounts for the diminishing benefits of gathering additional information and the rising energy cost. Unlike prior planning methods, it doesn’t just assign tasks to the robots sequentially. “It’s more of a collaborative effort,” says Cai. “The robots come up with the team plan themselves.”

Cai’s method, called Distributed Local Search, is an iterative approach that improves the team’s performance by adding or removing individual robot’s trajectories from the group’s overall plan. First, each robot independently generates a set of potential trajectories it might pursue. Next, each robot proposes its trajectories to the rest of the team. Then the algorithm accepts or rejects each individual’s proposal, depending on whether it increases or decreases the team’s objective function. “We allow the robots to plan their trajectories on their own,” says Cai. “Only when they need to come up with the team plan, we let them negotiate. So, it’s a rather distributed computation.”

Distributed Local Search proved its mettle in computer simulations. The researchers ran their algorithm against competing ones in coordinating a simulated team of 10 robots. While Distributed Local Search took slightly more computation time, it guaranteed successful completion of the robots’ mission, in part by ensuring that no team member got mired in a wasteful expedition for minimal information. “It’s a more expensive method,” says Cai. “But we gain performance.”

The advance could one day help robot teams solve real-world information gathering problems where energy is a finite resource, according to Geoff Hollinger, a roboticist at Oregon State University, who was not involved with the research. “These techniques are applicable where the robot team needs to trade off between sensing quality and energy expenditure. That would include aerial surveillance and ocean monitoring.”

Cai also points to potential applications in mapping and search-and-rescue—activities that rely on efficient data collection. “Improving this underlying capability of information gathering will be quite impactful,” he says. The researchers next plan to test their algorithm on robot teams in the lab, including a mix of drones and wheeled robots.

A technique to plan paths for multiple robots in flexible formations

This story is republished courtesy of MIT News (web.mit.edu/newsoffice/), a popular site that covers news about MIT research, innovation and teaching.

Denial of responsibility! TechNewsBoy.com is an automatic aggregator around the global media. All the content are available free on Internet. We have just arranged it in one platform for educational purpose only. In each content, the hyperlink to the primary source is specified. All trademarks belong to their rightful owners, all materials to their authors. If you are the owner of the content and do not want us to publish your materials on our website, please contact us by email – [email protected]. The content will be deleted within 24 hours.
collaborategadget updatehelpingjobrobotstech boytech newstech news boy
Share FacebookTwitterGoogle+ReddItWhatsAppPinterestEmail

Flash Sale: Get Microsoft Office 2021 for either Mac or Windows for just $30