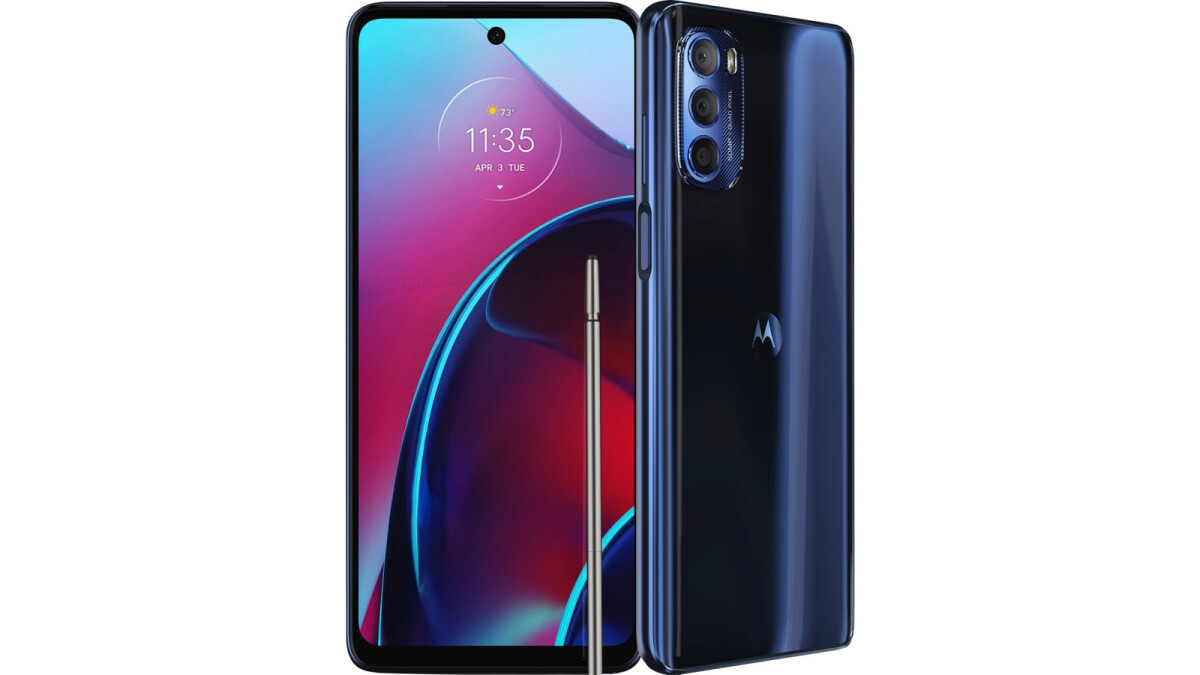 If you like to scribble little notes and sketches on the move without using good old fashioned paper but don’t want to spend a fortune on a Galaxy Note 20 or soon enough an S22 Ultra with a built-in S Pen, you probably already know your budget-friendly options are pretty limited.

But while LG has stopped making Stylo phones (along with every other type of mobile device) last year, Motorola seems to be showing more and more confidence in its undoubtedly popular G Stylus mid-range family.

5G or a big screen? You may not be able to get both at the same time

After expanding said product roster with two different members in 2021, the Lenovo-owned company is clearly gearing up to announce what looks to be the first of several additions to the lineup this year. Leaked in factory CAD-based renders last month, the aptly named Moto G Stylus (2022) got a pretty much complete spec sheet last week, but a new rumor is muddying the waters today.
That’s because the usually reliable folks at 91mobiles are expecting something different from the handset codenamed Motorola Milan than what two similarly trustworthy sources predicted when those official marketing materials also leaked last week.

Of course, a perfectly reasonable explanation for this confusion would be the existence of two different Moto G Stylus (2022) versions designed for different markets… or different wireless networks.

Unlike the Helio G85, the Snapdragon 480 Plus SoC just so happens to support 5G connectivity, although that means speed addicts will probably have to settle for a smaller screen and battery than pen enthusiasts happy to settle for 4G LTE capabilities.

Still no word on a release date… or two

In case you’re wondering, last year’s LTE-only Moto G Stylus came packing a Snapdragon 678 chipset while the first-ever 5G-enabled member of the family featured a Snapdragon 480 processor that its follow-up effort could lightly upgrade soon.
Then again, the G Stylus (2021) and G Stylus 5G did share a 6.8-inch screen, so this theory of the second-gen Moto G Stylus 5G going smaller still feels… off. What’s even weirder is that the “regular” Moto G Stylus could jump from 4,000 to 5,000mAh battery capacity, with the 5G variant instead reducing its cell size from 5,000 to 4,500mAh.

Said camera setup is already guaranteed to include a 50MP primary shooter capable of combining four pixels into one for presumably super-sharp 12.5MP snapshots, with the second and third lenses likely to sit at 8 and 2 megapixel counts while taking care of ultra-wide-angle and depth sensing tasks respectively.

Intriguingly, Android 12 could run the software show out the box, at least on the 5G-enabled model, although it’s unclear if that means we still have a little while to wait for an official announcement and commercial release.

Denial of responsibility! TechNewsBoy.com is an automatic aggregator around the global media. All the content are available free on Internet. We have just arranged it in one platform for educational purpose only. In each content, the hyperlink to the primary source is specified. All trademarks belong to their rightful owners, all materials to their authors. If you are the owner of the content and do not want us to publish your materials on our website, please contact us by email – [email protected]. The content will be deleted within 24 hours.
Androidgadget updatehotleaksMotopointStylustech boy
Share FacebookTwitterGoogle+ReddItWhatsAppPinterestEmail

Top 15 Comedy Shows That Can Make You Laugh Anytime –…