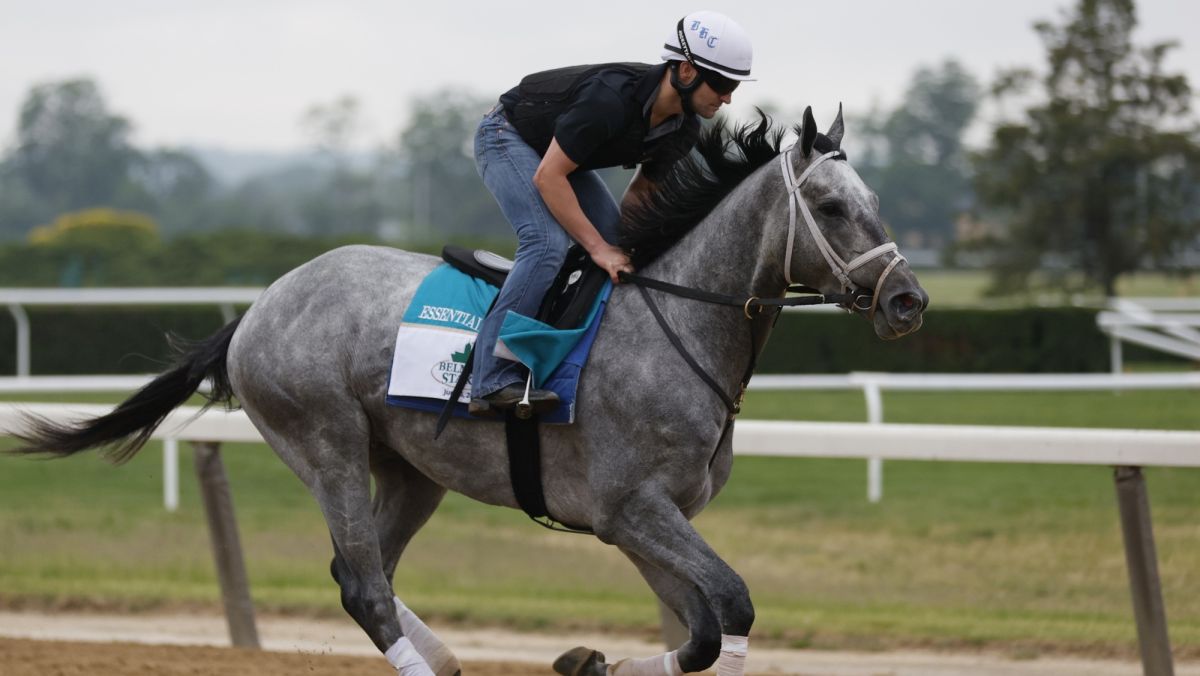 The 2021 Belmont Stakes live stream is here, and all eyes are on Essential Quality. Brad Cox’s horse is the 2-1 odds-on-favorite to win it all this year. Right behind EQ is Preakness winner Rombauer (trained by Michael McCarthy) at 3-1. The pair will break at the adjacent No. 2 (Essential Quality) and No. 3 (Rombauer) spots.

And the 153rd edition of this historic race is missing one notable name. Trainer Bob Baffert has been suspended by the NYRA, due to an investigation into the failed drug tests of his horse Medina Spirit. A second drug test confirmed the presence of banned substance betamethasone in the blood of Medina Spirit.

Now that the Belmont Stakes is back to being the third leg of the Triple Crown, we’re expecting it to return to the standard 1.5 mile length. When the race was the first of the year, it shrunk to for 1 and 1/8 miles (aka 9 furlongs) to accommodate the following Kentucky Derby and Preakness Stakes.

Also, fans will be back in attendance this year, unlike in 2020 when social distancing took priority. Of course, if you weren’t able to get a ticket (general admission is currently sold out), you’ve got ways of watching it online. The race is streamed on NBC and pre-race coverage is on NBCSN — and both are available on Sling TV, one of our picks for the best streaming service around.

How to watch the 2021 Belmont Stakes with a VPN

If you’ve had to leave your own “bubble” — or you’ve been hit by a dreaded local blackout — and you can’t watch Belmont Stakes live streams on cable, you’re not out of luck. With a virtual private network, or VPN, you can appear to be surfing the web from your home town (or somewhere that blackouts won’t hit), and access the same streaming services you already paid for.

Not sure which VPN is right for you? We’ve tested many different services and our pick for the best VPN overall is ExpressVPN. It offers superb speeds and excellent customer service. But you’ve got other VPN options as well.

How to watch 2021 Belmont Stakes live streams in the US

The Belmont Stakes 2021 live streams will be carried by NBC and NBCSN (for events earlier in the day). For those who have one of the best TV antennas, or those who haven’t cut the cord yet, this isn’t a big problem.

Right now, you can sign up for Sling TV and get $25 off your first month, for any of the packages, as well as a free month of the Premium Pass. Sling Blue includes more than 50 channels including NBC and Fox (in select cities), Bravo, AMC, Food Network, HGTV, Lifetime and USA. View Deal

How to watch the Belmont Stakes 2021 in the UK

Sky Sports has the 2021 Belmont Stakes live streams for those in the U.K. The race is scheduled to begin at approximately 11:49 p.m. BST, which will keep you up a little late, but nothing we’ve never done for live sports before.

If you don’t have Sky, you can get the games through Now TV’s day and month passes, which start at  £9.99.

How to watch the 2021 Belmont Stakes in Canada

In years past, TSN has been the Canadian home for the Belmont Stakes live streams, and this year is no different. It’s on TSN4, with coverage starting at 5 p.m. ET and running to 7:15 p.m. ET.

Denial of responsibility! TechNewsBoy.com is an automatic aggregator around the global media. All the content are available free on Internet. We have just arranged it in one platform for educational purpose only. In each content, the hyperlink to the primary source is specified. All trademarks belong to their rightful owners, all materials to their authors. If you are the owner of the content and do not want us to publish your materials on our website, please contact us by email – [email protected]. The content will be deleted within 24 hours.
Belmontgadget updatelivepostraceStakesstreamstech boy
Share FacebookTwitterGoogle+ReddItWhatsAppPinterestEmail