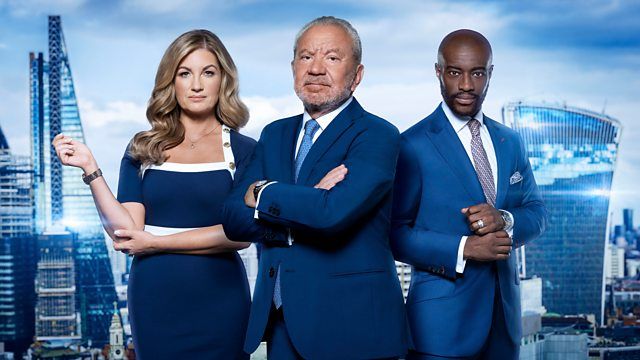 After a two-year hiatus, Lord Sugar is back in the boardroom to puncture the inflated egos of another group of British entrepreneurs. But which of the remaining 15 contestants will be next to file their P45? Find out with our below guide on how to watch The Apprentice 2022 episode 2 online, which you can stream 100% FREE on BBC iPlayer.

UK viewers have obviously missed the schadenfreude of seeing the ‘best’ business brains in the UK falling flat on their smug faces, because the inaugural episode of The Apprentice 2022 was watched by more than 4.6 million people.

And the back-biting, high-pressured drama didn’t disappoint as the boys’ team took on the girls to produce a marketing campaign for a luxury cruise liner. Project Managers Kathryn and Ashkay both alienated their underlings by refusing to take on board any feedback, but it was the boys’ team that was eventually sunk by a godawful logo that Lord Sugar described as the worst he’d ever seen.

This time the contestants are tasked with designing an electric toothbrush and an accompanying app aimed at children. Kids stuff, right? The preview suggests that the endeavour is something of a disaster. “I’m so bloody disappointed with the lot of you,” Lord Sugar laments as the teams grapple with imaging tech and the interactive app.

Who will come out sparkling and who will get the most plaque…sorry, flack…from Sugar and his business aides? Find out below as we explain how to watch The Apprentice 2022 episode 2 online from anywhere this week.

How to watch The Apprentice online FREE in the UK

How to watch The Apprentice online from outside your country

If you’re abroad when an episode airs, you won’t be able to watch the show as you normally would at home, thanks to annoying regional restrictions.

Luckily, there’s an easy solution. Downloading a VPN will allow you to stream it online no matter where you are. It’s a simple bit of software that changes your IP address, meaning that you can access on-demand content or live TV just as if you were at home.

Use a VPN to watch The Apprentice online from anywhere

Three simple steps to using a VPN to watch The Apprentice when overseas:

2. Connect to the relevant server location – launch the VPN app, click on ‘choose location’ and select the right location (i.e. a UK server for iPlayer)

3. Head to the chosen broadcaster’s live stream – in this case, head to BBC iPlayer

How to watch The Apprentice: You’re Fired

Comedian Tom Allen is back on hosting duties for The Apprentice: You’re Fired, the sister-show that’s almost as catty as the real thing.

You’re Fired follows each episode of The Apprentice, airing at 10pm GMT every Thursday on BBC Two. Remember, you can also watch the half-hour show FREE on BBC iPlayer, either live or on-demand.

Tom Allen and a rotating panel of guests will roast and rehabilitate each week’s unwanted candidate, who’ll get a flavour of what the public really thinks of their antics on the show.

Denial of responsibility! TechNewsBoy.com is an automatic aggregator around the global media. All the content are available free on Internet. We have just arranged it in one platform for educational purpose only. In each content, the hyperlink to the primary source is specified. All trademarks belong to their rightful owners, all materials to their authors. If you are the owner of the content and do not want us to publish your materials on our website, please contact us by email – [email protected]. The content will be deleted within 24 hours.
Apprenticeepisodefreegadget updateOnlinetech boytech newstech news boy
Share FacebookTwitterGoogle+ReddItWhatsAppPinterestEmail