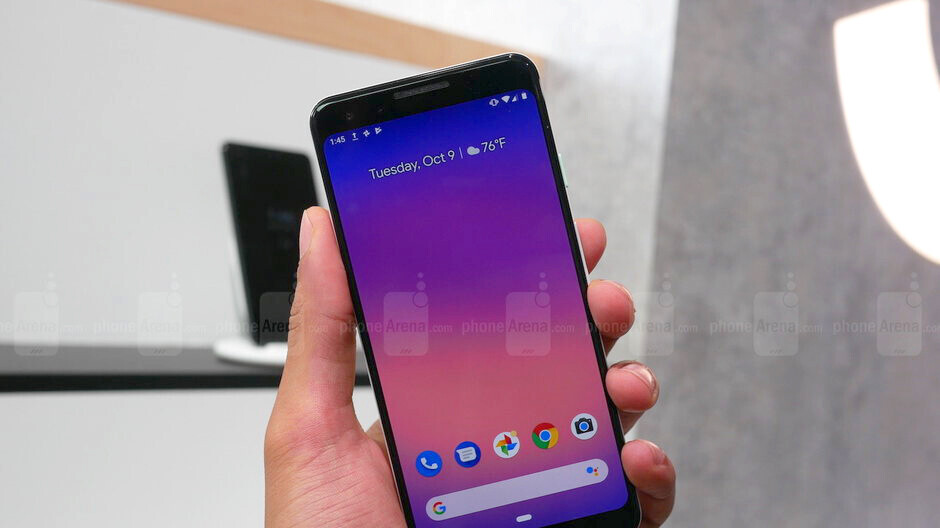 In Marvel’s latest Disney+ streamer, there is only one phone brand and it’s not iPhone

By Scott Marlette Last updated Nov 25, 2021
Share
If you’re a fan of the MCU (Marvel Cinematic Universe), chances are that you watched the first two episodes of Hawkeye that premiered Wednesday on Disney+. If you’re a smartphone fanatic, you might have noticed (as we did) that every character with a phone was packing a Pixel. Hawkeye, who was seen with a Pixel 3 during 2019’s Avengers: Endgame, continues to use the same phone during the new mini-series that is available exclusively on Disney’s streamer even though the original was probably destroyed.
Why hasn’t Hawkeye upgraded to a more current model? Our guess is that superheroes who use a bow and arrow just don’t make the kind of bread that the others with more explosive powers make. Last we heard, the Hulk was making (and turning) plenty green. And Hawkeye, whose everyday name is Clive Barton, has a regular identity that is not flashy; Barton has almost an “everyman” persona when he’s off the clock unlike flashy billionaire Tony Stark (Iron Man) who can afford to buy a new Samsung Galaxy Z Fold 3 for every day of the year.
Mixing Marvel characters with handsets has been going on for a while. You may recall that LG ran Iron Man-themed ads with clips from the first two movies for the LG Voyager (2008) and LG Ally (2010).
9to5Google reported on the different Pixel models used by characters in Hawkeye. Kate Bishop (who is Hawkeye’s protege) sports a Just Black Pixel 4 that uses a custom OS. Kate’s mother uses a Pixel 4 with a very noticeable orange power button.

Actually, the reason why you don’t see any character using the Pixel 6 or Pixel 6 Pro in Hawkeye has a simple answer. The series started filming in December 2020 and ended in April of this. Reshoots were done this past September which was a month before the latest and greatest Pixel models were even introduced.

Google, Marvel, and Disney have not publicly announced any cross-promotion deal and many television shows seem to stick to using the iPhone and Macs as though the audience needs to see that Apple logo on the back to understand that they are looking at a phone.

In most cases, if you can read the credits at the end of a show that features Apple devices, you’ll see that Apple is listed among the companies that provided promotional consideration (which simply means that Apple handed out the necessary phones, computers, watches, and tablets for free in return for having its aforementioned logo receive long and valuable screen-time.

Denial of responsibility! TechNewsBoy.com is an automatic aggregator around the global media. All the content are available free on Internet. We have just arranged it in one platform for educational purpose only. In each content, the hyperlink to the primary source is specified. All trademarks belong to their rightful owners, all materials to their authors. If you are the owner of the content and do not want us to publish your materials on our website, please contact us by email – [email protected]. The content will be deleted within 24 hours.
brandDisneygadget updateiPhonelatestMarvelsphonestreamer
Share FacebookTwitterGoogle+ReddItWhatsAppPinterestEmail

Bill to Ban Private Cryptocurrency in India has been Proposed: What You Need to Know – Smartprix

The first trailer for Spider-Man: Across the Spider-Verse (Part One) teases a…

The first trailer for Spider-Man: Across the Spider-Verse…