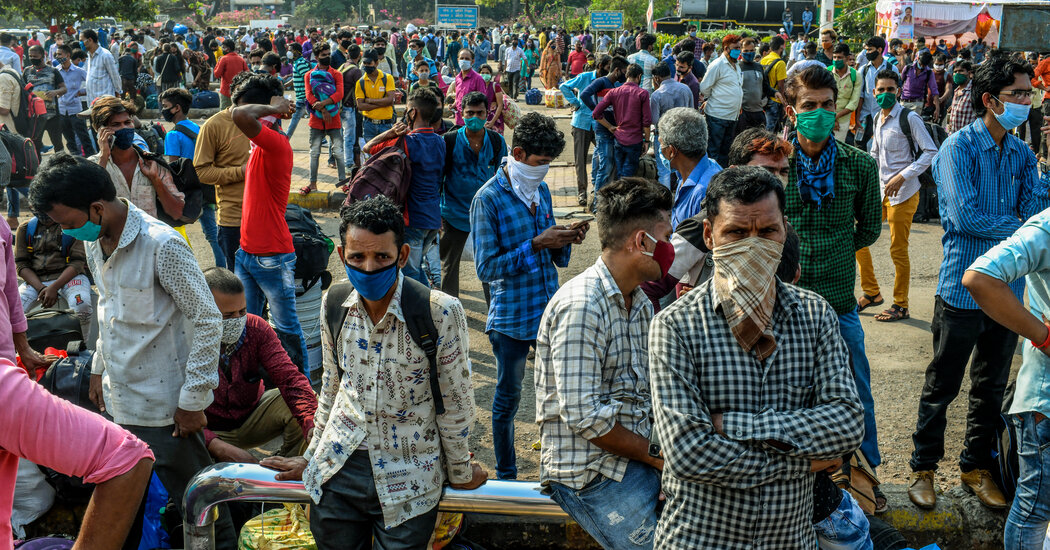 India and Israel Inflame Facebook’s Fights With Its Own Employees

SAN FRANCISCO — When India’s government ordered Facebook and other tech companies to take down posts critical of its handling of the coronavirus pandemic in April, the social network complied on some posts.

But once it did, its employees flocked to online chat rooms to ask why Facebook had helped Prime Minister Narendra Modi of India stifle dissent. In one internal post, which was reviewed by The New York Times, an employee with family in India accused Facebook of “being afraid” that Mr. Modi would ban the company from doing business in the country. “We can’t act or make decisions out of fear,” he wrote.

Weeks later, when clashes broke out in Israel between Israelis and Palestinians, Facebook removed posts from prominent Palestinian activists and briefly banned hashtags related to the violence. Facebook employees again took to the message boards to ask why their company now appeared to be censoring pro-Palestinian content.

“It just feels like, once again, we are erring on the side of a populist government and making decisions due to politics, not policies,” one worker wrote in an internal message that was reviewed by The Times.

Discontent at Facebook has surged over its recent handling of international affairs, according to interviews with more than half a dozen current and former employees. For weeks, they said, employees have complained about the company’s responses in India and Israel. The workers have grilled top executives at meetings about the situations and, in one case, formed a group to internally report Palestinian content that they believe Facebook had wrongly removed. This week, more than 200 employees also signed an open letter calling for a third-party audit of Facebook’s treatment of Arab and Muslim posts, according to a person who saw the letter.

The actions are another sign of internal unrest at Facebook as employee criticism broadens beyond domestic issues. For the past few years, workers largely challenged Mark Zuckerberg, Facebook’s chief executive, on his handling of inflammatory posts from former President Donald J. Trump. But since Mr. Trump left office in January, attention has shifted to Facebook’s global policies and what employees said was the company’s acquiescence to governments so that it could continue profiting in those countries.

“There’s a feeling among people at Facebook that this is a systematic approach, one which favors strong government leaders over the principles of doing what is right and correct,” said Ashraf Zeitoon, Facebook’s former head of policy for the Middle East and North Africa region, who left in 2017.

Facebook is increasingly caught in a vise. In India, Russia and elsewhere, governments are pressuring it to remove content as they try to corral the platform’s power over online speech. But when Facebook complies with the takedown orders, it has upset its own employees, who say the social network has helped authoritarian leaders and repressive regimes quash activists and silence marginalized communities.

The result has played out in a kind of internal culture clash, with a growing movement of dissenting rank-and-file workers versus its global public policy team, which deals directly with governments, said the current and former employees. Many workers have argued that policy team members have been too willing to accede to governments, while policy team members said their colleagues did not appreciate the delicate dance of international relations.

Dani Lever, a Facebook spokeswoman, denied that the company had made decisions to appease governments.

“Everyone at Facebook shares the same goal, which is to give a voice to as many people around the world as possible, and we push back on overreaching government requests wherever we can,” she said. She added that Facebook removed content only after it was reviewed according to the company’s policies, local laws and international human rights standards.

Of the employee discontent, Ms. Lever said, “Just as people off of the platform are debating these important real-world issues, people who work at Facebook are, too.”

BuzzFeed News and the Financial Times earlier reported on some of the employee dissatisfaction at Facebook over Israeli and Palestinian content.

A divide between Facebook’s employees and the global policy team, which is composed of roughly 1,000 employees, has existed for years, current and former workers said. The policy team reports to Sheryl Sandberg, the chief operating officer.

Many employees subscribe to the idea that Facebook should stand up to what they see as dictatorial governments. But the policy team, which operates in dozens of countries, often has to weigh the likelihood that a government will shut off the social networking service if the company does not cooperate with takedown orders, they said. Sometimes allowing some speech is better than none at all, they have said.

Facebook has faced many tricky international situations over the years, including in Russia, Vietnam and Myanmar, where it has had to consider whether it would be shut down if it did not work with governments. That has led to the employee dissent, which has begun spilling into public view.

That became evident with India. In April, as Covid-19 cases soared in the country, Mr. Modi’s government called for roughly 100 social media posts on Facebook, Instagram and Twitter to be pulled down. Many of the posts included critiques of the government from opposition politicians and calls for Mr. Modi’s resignation.

Facebook removed some of the posts and briefly blocked a hashtag, #ResignModi. The company later said the hashtag had been banned by mistake and was not part of a government request.

But internally, the damage was done. In online chat rooms dedicated to human rights issues and global policy, employees described how disappointed they were with Facebook’s actions. Some shared stories of family members in India who were worried they were being censored.

Employees bristled. “We are responding to people’s protests about censoring with more censoring?” one wrote in an internal message, which was reviewed by The Times.

Other employees wrote that Facebook’s Israel office was headed by Jordana Cutler, who previously worked for Prime Minister Benjamin Netanyahu. The employees said Ms. Cutler, who did not respond to a request for comment, was pushing an agenda favorable to Mr. Netanyahu’s government by taking down anti-Israeli content from Facebook.

“The role of the public policy team for Israel, like the one for Jordan and Palestine, as well as others around the world, is to help make sure local governments, regulators and our community understand Facebook’s policies,” said Ms. Lever, the Facebook spokeswoman. “While these teams have local knowledge and understanding, their only charge is to serve as representatives for Facebook.”

Mr. Zeitoon, the former Facebook executive, cast a wider net. “There is a feeling there is a significant tilt within Facebook’s management, a systemic approach that does not benefit Palestinians,” he said. “People are mad — they are challenging their bosses. They see this as emblematic of so many problems at Facebook.”

The frustrations were vocalized on May 13 at an employee meeting that was held virtually. At the session, one worker asked Nick Clegg, who leads public affairs, to explain the company’s role in removing content tied to the Israeli-Palestinian conflict, according to attendees. The employee called the situation in Israel “fraught” and asked how Facebook was going “to get it right” with content moderation.

Mr. Clegg ran through a list of policy rules and plans going forward, and assured staff that moderation would be treated with fairness and responsibility, two people familiar with the meeting said. The discussion was cordial, one of the people said, and comments in the chat box beside Mr. Clegg’s response were largely positive.

But some employees were dissatisfied, the people said. As Mr. Clegg spoke, they broke off into private chats and workplace groups, known as Tribes, to discuss what to do.

Dozens of employees later formed a group to flag the Palestinian content that they said had been suppressed to internal content moderation teams, said two employees. The goal was to have the posts reinstated online, they said.

Members of Facebook’s policy team have tried calming the tensions. In an internal memo in mid-May, which was reviewed by The Times, two policy team members wrote to other employees that they hoped “that Facebook’s internal community will resist succumbing to the division and demonization of the other side that is so brutally playing itself out offline and online.”

One of them was Muslim, and the other was Jewish, they said.

“We don’t always agree,” they wrote. “However, we do some of our best work when we assume good intent and recognize that we are on the same side trying to serve our community in the best possible way.”

Denial of responsibility! TechNewsBoy.com is an automatic aggregator around the global media. All the content are available free on Internet. We have just arranged it in one platform for educational purpose only. In each content, the hyperlink to the primary source is specified. All trademarks belong to their rightful owners, all materials to their authors. If you are the owner of the content and do not want us to publish your materials on our website, please contact us by email – [email protected]. The content will be deleted within 24 hours.
employeesFacebooksFightsgadget updateIndiaInflameIsraeltech boy
Share FacebookTwitterGoogle+ReddItWhatsAppPinterestEmail