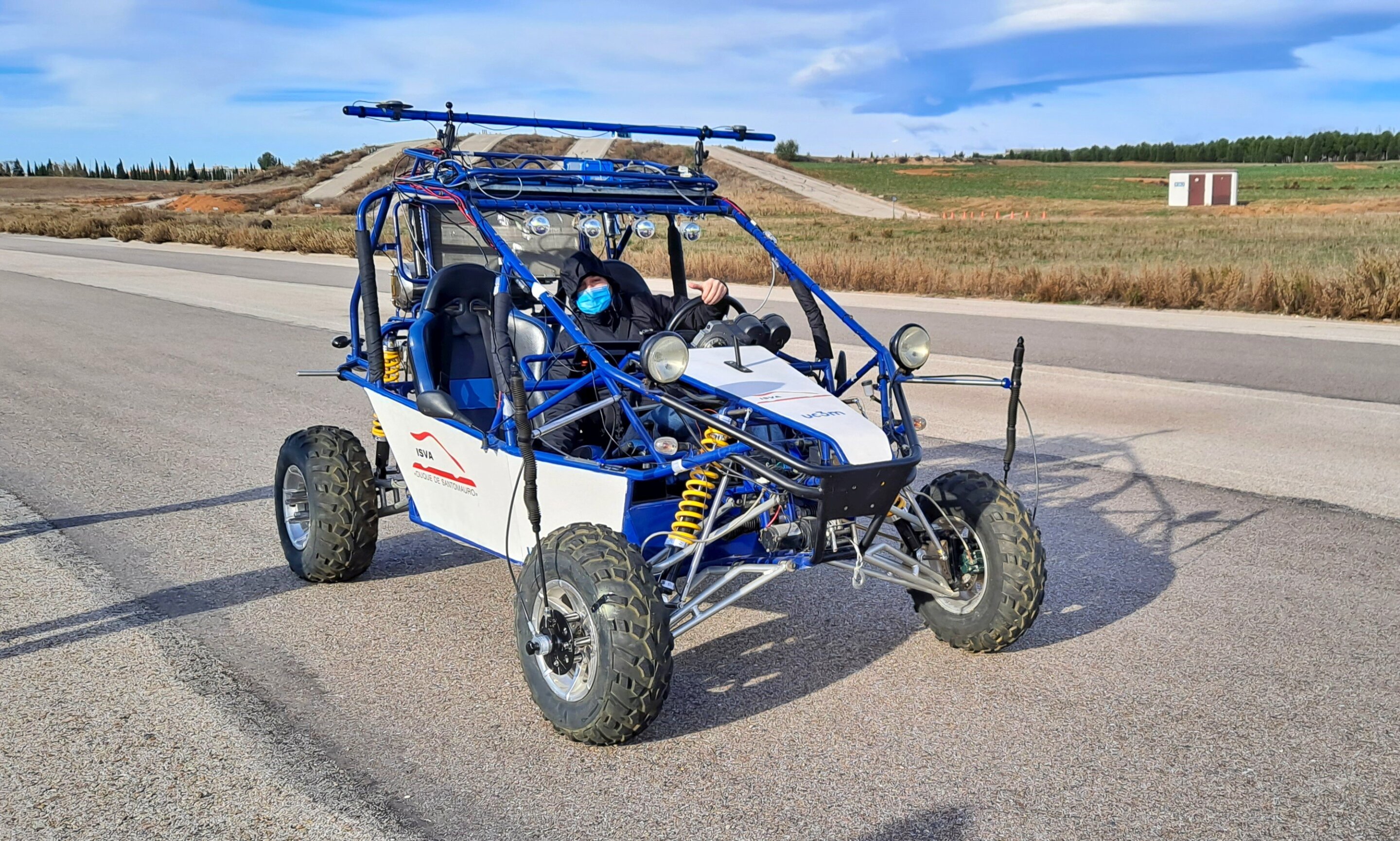 Researchers at Universidad Carlos III de Madrid (UC3M) have developed an intelligent system for estimating a vehicle’s dynamic behavior and improving its stability. This will help to optimize the performance of skid and rollover control systems in cars, as well as to prevent potential traffic accidents.

To prevent a vehicle losing control on the road, most current models are equipped with lateral stability systems or ESP (Electronic Stability Program), and roll stability systems or RSC (Roll Stability Control). The purpose of this technology is to check that the movement trajectory corresponds to the driver’s intention, preventing unwanted swerving and sideslips. To carry out their function, these systems need to be continuously aware of the car’s position and dynamics, in particular the sideslip and roll angles.

The sideslip angle is the angle formed between the vehicle’s alignment and the direction of its motion relative to its center of gravity, while the roll angle is the rotation of the vehicle in relation to its longitudinal movement. “The innovative feature of this research project is the design of an ‘observer’ that makes it possible to simultaneously estimate the vehicle’s sideslip and roll angles for a network-induced control system with transmission delay, based on a communication structure activated by events and combined with neural networks,” explains one of its authors, Beatriz López Boada, professor in UC3M’s Department of Mechanical Engineering, who recently published the study in the journal “Nonlinear Dynamics” together with colleagues from the School of Transportation Science and Engineering at Beihang University (China).

To estimate these properties, the observer uses measurements from sensors that are already available in most series production vehicles, which would reduce the cost of its implementation. These sensors provide information on steering wheel rotation and roll or traveling speed, which makes it possible to estimate the aforementioned angles. The device also employs artificial intelligence tools, using what are known as neural networks which assess the non-linear behavior of the vehicle and perform an initial estimate of the results.

The design presented by these researchers is also capable of adapting to external phenomena, i.e., disturbances which are not vehicle-dependent, but which affect its dynamic behavior, such as adverse weather conditions or uneven terrain. Furthermore, this data is relayed through a communication network, which delays signal transmission. This delay and an event-triggering condition have been taken into account in the design of the estimator, which limits the amount of data sent to the network, preventing it from being overloaded.

This research project has been carried out as part of the EU Road Safety Policy Framework 2021-2030, promoted by the European Commission. The goal of this initiative is to reduce the number of deaths and serious injuries on European roads by half within a decade and to zero by 2050. To this end, it is supporting the roll-out of various projects, from the improvement of infrastructures and vehicle safety technologies to actions focused on the behavior of drivers and emergency services.

It is also part of the national project Intelligent Driving Safety System under an IoT platform with low-cost devices, funded by the Spanish State Innovation Agency, part of the Spanish Ministry of Science, Innovation and Universities. Researchers from UC3M’s Dept. of Computer Science and the Dept. of Signal Theory and Communications and Telematics Engineering at the Universidad de Valladolid were also involved.

Novel methods to improve the range and safety of e-vehicles

Denial of responsibility! TechNewsBoy.com is an automatic aggregator around the global media. All the content are available free on Internet. We have just arranged it in one platform for educational purpose only. In each content, the hyperlink to the primary source is specified. All trademarks belong to their rightful owners, all materials to their authors. If you are the owner of the content and do not want us to publish your materials on our website, please contact us by email – [email protected]. The content will be deleted within 24 hours.
gadget updateimproveintelligentstabilitysystemsystemstech boytech news
Share FacebookTwitterGoogle+ReddItWhatsAppPinterestEmail

Revolutionising communication and collaboration for the hybrid world

Online Safety Bill: an opportunity for tech to get it right