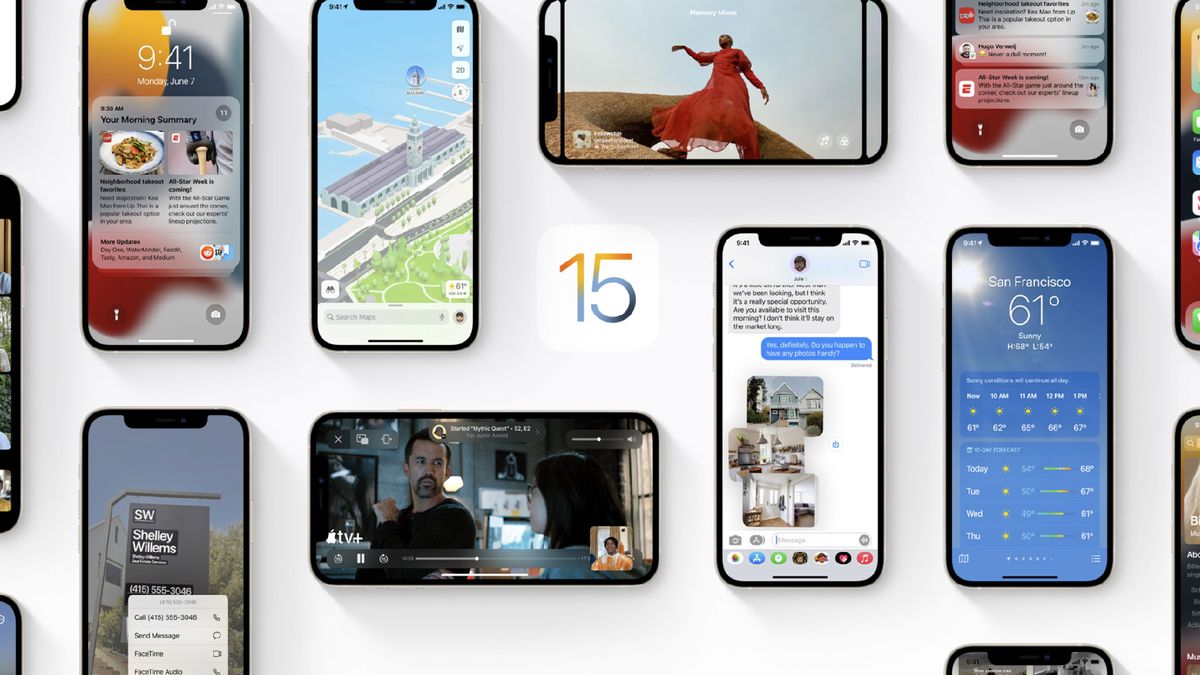 iOS 15.3 release date rumors, news and all the new features coming to your iPhone

iOS 15.3 is expected to land soon, hot on the heels of iOS 15.2, an update which brought a Legacy Contacts feature, App Privacy Reports, and a number of other additions.

Yet so far iOS 15.3 looks to be a much smaller update than its predecessor – one which might mostly be limited to bug fixes.

Still, it’s possible that Apple is just keeping things quiet, and there are a couple of noteworthy features on the horizon which could be included. Below then you’ll find everything we know about iOS 15.3 so far, including the likely release date and features of the update.

There’s no news yet on when iOS 15.3 will land, though the initial public beta of it is now available (as of December 20). There’s also typically at least a month between updates, and iOS 15.2 launched on December 13.

Really then that means iOS 15.3 could land anytime, since that was around a month ago at the time of writing. Given that it doesn’t seem to have much in the way of new features, we’d think it will land sooner rather than later, as it will probably take Apple less work than some updates.

In terms of compatibility, if your iPhone can run any version of iOS 15 then it will be able to run iOS 15.3. That means you’ll be able to get it on everything from the iPhone 6S onwards, including the iPhone SE (2020) and the original iPhone SE, as well as the iPod touch (7th gen).

The initial iOS 15.3 beta doesn’t appear to include any new features at all, and if there are any, Apple certainly hasn’t highlighted them, saying in the release notes that “There are no new release notes for this beta software update.”

Below then we’ll detail the few tiny tweaks that have been found, followed by a couple of features that are known to be in the works, but which might not arrive until iOS 15.4 or beyond. And as soon as we hear anything new, we’ll update this article.

Users report that the first iOS 15.3 beta includes tweaks to the wording of the Child Safety features and of the automatic downloading of magazines in Apple News Plus, as well as small tweaks to the Podcasts app, but nothing notable or significant.

There’s no word on what bugs are being fixed in iOS 15.3, but we fully expect some will be, with security vulnerabilities likely to also be patched.

These don’t make for exciting updates unless you happen to be suffering from one of the fixed bugs, but they’re certainly important.

Digital IDs in the Wallet app

Now we’re on to a big feature that there’s not actually any sign of in iOS 15.3 yet, but which might be included, since we know it’s being worked on.

This feature would allow US users to add their driver’s license or state ID to the Wallet app, and it would then be accepted at TSA checkpoints in select airports, with retailers, events and venues eventually expected to add support for these digital IDs too.

However, even once this feature is added, the roll out looks likely to be slow. It’s going to land on a state-by-state basis in the US (with Arizona, Georgia, Connecticut, Iowa, Kentucky, Maryland, Oklahoma, and Utah looking to be first in line), and there’s no word on exactly if or when the feature will expand to other countries.

Another significant feature that we know is being worked on, but which hasn’t specifically been linked to iOS 15.3, is Universal Control.

This is more of an iPadOS feature than an iPhone one, as it will allow users to connect an iPad to a Mac and use the slate as an external display just by positioning the two next to each other. That’s already possible, but what’s really new here is that you’d then be able to use a single mouse and keyboard across both devices, with the iPad’s display being like an extension of the Mac’s.

While this isn’t much of an iPhone feature, we’d think some signs of it would appear in iOS when it drops, but there aren’t any signs here yet – or in the iPadOS 15.3 beta which landed at the same time.

Denial of responsibility! TechNewsBoy.com is an automatic aggregator around the global media. All the content are available free on Internet. We have just arranged it in one platform for educational purpose only. In each content, the hyperlink to the primary source is specified. All trademarks belong to their rightful owners, all materials to their authors. If you are the owner of the content and do not want us to publish your materials on our website, please contact us by email – [email protected]. The content will be deleted within 24 hours.
Comingdatefeaturesgadget updateiOSiPhonenewsrelease
Share FacebookTwitterGoogle+ReddItWhatsAppPinterestEmail

Sky Glass is finally available for you to buy, and it starts from just £13

A safer gun?: ‘Smart’ pistols headed to US market