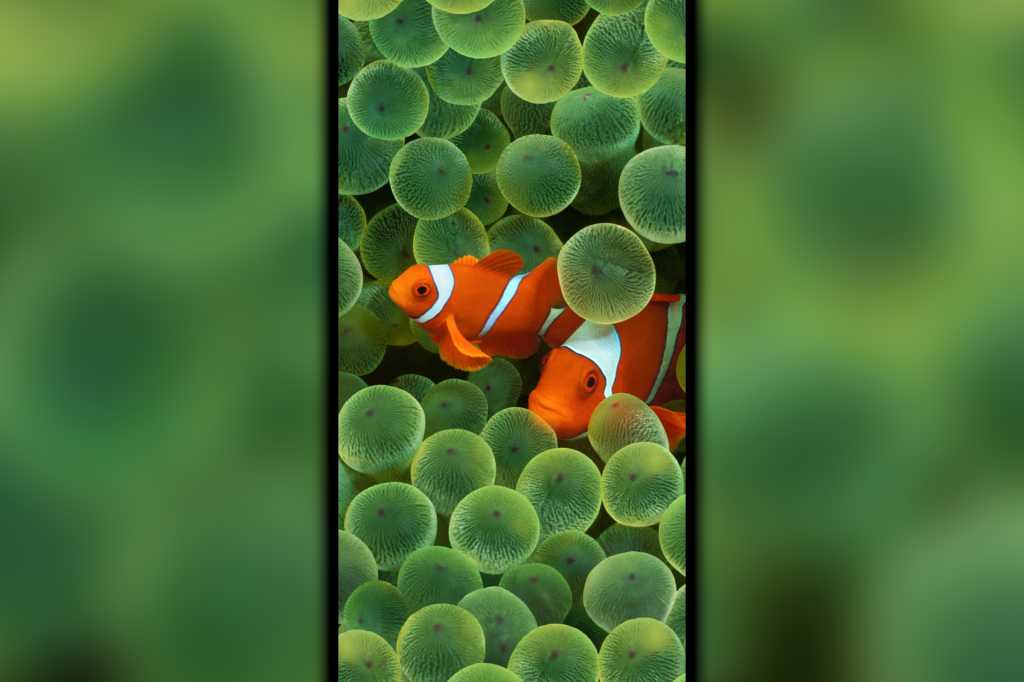 Anyone who watched the unveiling of the first iPhone at Macworld San Francisco in 2007 likely remembers the first time they saw the lock screen. Before Steve Jobs slid the bar to unlock the phone, there was an image of two clownfish swimming in bright green coral that harkened back to the Pixar classic “Finding Nemo.”

It was an instant classic, with one problem—it never actually launched. When the iPhone arrived a few months later, there were several stock wallpapers, but the iconic clownfish image wasn’t among them. We never knew why Apple opted to hold back the image from Phone OS 1, but now 15 years later, it’s finally arrived.

In the third iOS 16 developer’s beta, Apple has added the classic clownfish wallpaper for the lock and home screens. If you select it as your lock screen wallpaper, two pieces of coral will overlap the clock numbers. It’s an excellent homage to Steve’s original wallpaper.

While the wallpaper appears to be a new addition to iOS 16, some users didn’t see it after updating to the newest beta. And others had it pop up a day later, meaning Apple may be adding the new image in stages as a server-side update.

The iOS 16 public beta is expected to launch this month, so you don’t have too much longer to wait.

Denial of responsibility! TechNewsBoy.com is an automatic aggregator around the global media. All the content are available free on Internet. We have just arranged it in one platform for educational purpose only. In each content, the hyperlink to the primary source is specified. All trademarks belong to their rightful owners, all materials to their authors. If you are the owner of the content and do not want us to publish your materials on our website, please contact us by email – [email protected]. The content will be deleted within 24 hours.
amazinggadget updateincludesiOSiPhonejobsoriginalSteve
Share FacebookTwitterGoogle+ReddItWhatsAppPinterestEmail

Samsung’s SmartThings may soon get control of thousands more devices