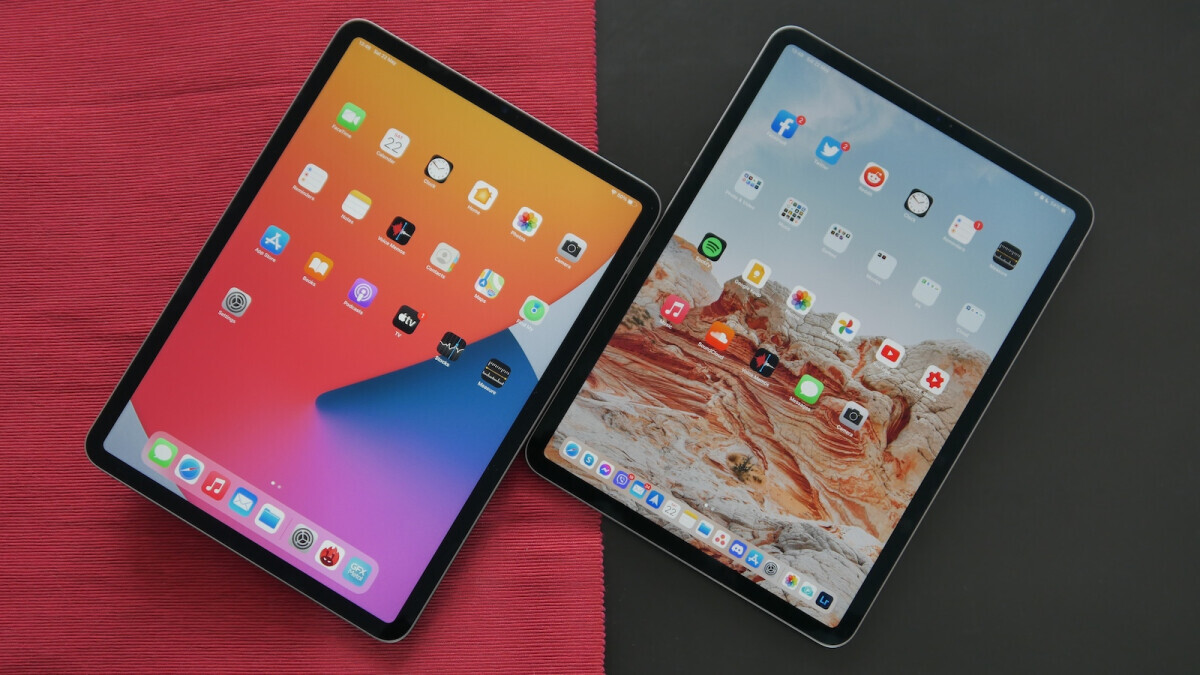 There have been rumors and expectations of a 2022-release of an OLED iPad Air, but unfortunately, this has been postponed (at least according to reputable industry analyst Ming-Chi Kuo). And now, another report coming from The Elec states that Samsung may supply the OLED panels that Apple needs for iPads, but it needs a substantial order from Cupertino for that to happen.

Samsung may supply OLED panels for iPad Pro, but this could happen in 2024

It seems we are now getting further away from a release of an iPad with an OLED display, as it seems Samsung will take Apple’s order only if it is large enough to be financially viable for the South Korea-based tech giant. At the beginning of the plan, Samsung wanted to make a single-stack OLED panel for the iPads, but Apple wanted a two-stack structure. The two-stack structure will allow for higher brightness of the display, as well as a better durability level. But of course, this means the cost will be increased as well, so this has led to abandoning the plan.

However, now, there is a change in the situation. According to The Elec’s report, Samsung Display might lower the cost of the two-stack OLED panels that Apple needs for future iPads. But this could happen if the company is able to purchase new machinery. We are talking about a vertical disposition machine and FMM (Fine Metal Masks) — key technology for making the OLED panels we are talking about.

The machinery needed by Samsung will allow for depositing organic materials more precisely on the substrate of the panel. In other words, it would pretty much help lower the costs for Samsung’s 8.5 Gen OLED panels (2200x2500mm).

The thing is, if Apple places a large enough order to Samsung Display, the South Korea-based tech giant could finalize a spending plan during the second quarter of the year and start ordering the needed machines and equipment in Q3 of 2022.

If this goes by plan, the machinery could be delivered to Samsung sometime in 2023, making us expect an OLED iPad in 2024. Well, that is if Apple decides to go place a large order to Samsung Display.

However, Samsung Display isn’t the only company that could supply OLED panels to Apple. LG Display is another firm that is reportedly working on the two-stack OLED panels that Apple requires for iPads, and the company has also been supplying OLED panels for iPhones in the past few years.

Recently, we reported on another possible supplier for OLED panels for iPads

There is a third supplier that could be able to supply OLED panels for iPads, as we reported earlier, and it is BOE. This China-based display-making company already makes 6.1-inch screens for the more affordable iPhones that don’t require LTPO technology for a high refresh rate, and it now seems to be readying itself for a whole production line for OLED panels up to 15 inches in size.

It seems this production line will start being equipped in April and it will be making OLED screens for phones, tablets, laptops, and even cars. It will work with the aforementioned 8.5 Gen method. Possibly, BOE will succeed also with the dual-stack method.

This could mean BOE could be another candidate for OLED display panels for iPads. As all of this is still ongoing, it is pretty hard to tell at the moment what will happen and when we will be seeing an iPad with an OLED panel. So far, even the most premium iPad Pro from 2021 doesn’t have an OLED display, but instead Liquid Retina XDR mini-LED LCD. Of course, OLED display could mean deeper blacks and an overall better viewing experience.

Denial of responsibility! TechNewsBoy.com is an automatic aggregator around the global media. All the content are available free on Internet. We have just arranged it in one platform for educational purpose only. In each content, the hyperlink to the primary source is specified. All trademarks belong to their rightful owners, all materials to their authors. If you are the owner of the content and do not want us to publish your materials on our website, please contact us by email – [email protected]. The content will be deleted within 24 hours.
Conditiongadget updateiPadOLEDPanelProSamsungmadetech boy
Share FacebookTwitterGoogle+ReddItWhatsAppPinterestEmail

BBC licence fee set to be scrapped in funding shake-up, how would YOU…

BBC licence fee set to be scrapped in funding shake-up, how…