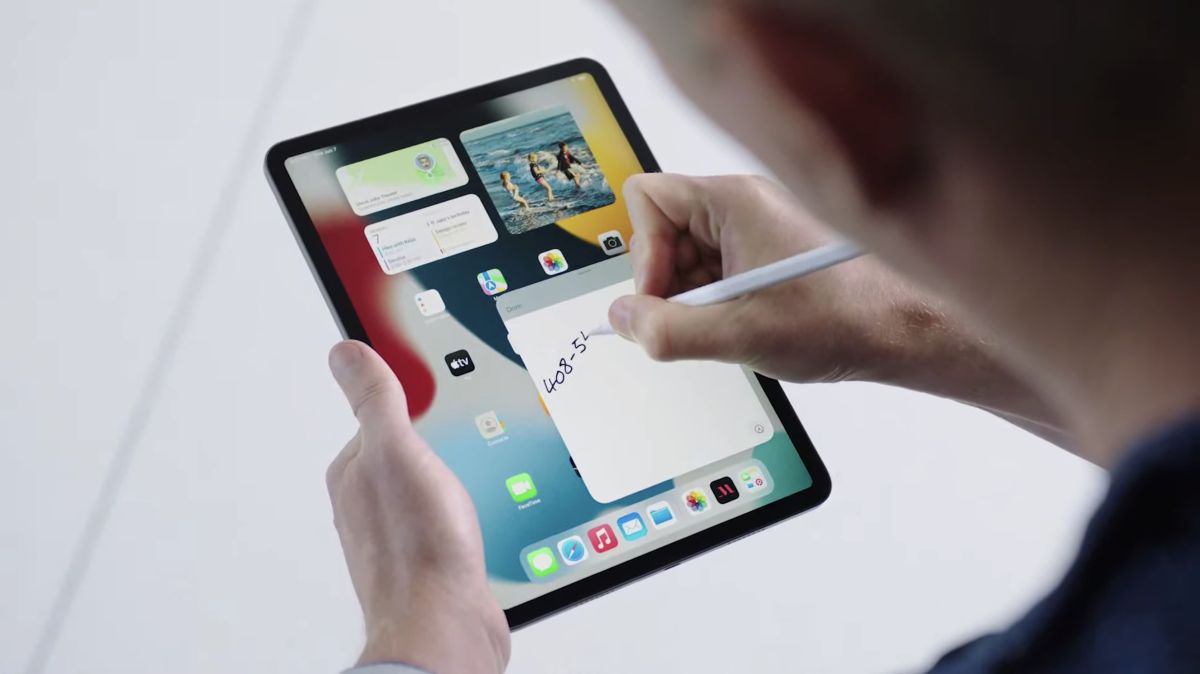 iPadOS 15 is coming very soon — at least its initial beta will be. The third iPad-specific operating system is likely to get a preview this month, at WWDC 2021, prior to a full release later in the year. But what’s up Apple’s minimalist sleeves, and how does it plan to improve the experience of using its mighty tablets?

Apparently, the iPad (the best tablet there is) will get a huge home screen redesign, reportedly the most substantial to date for the slate. Also, notifications are going to get smarter (though that change will be across the iPhone and iPad).

The iPad finds itself at an interesting moment. The M1 chip in the iPad Pro 2021 makes it more powerful than ever, but also more similar to Apple’s MacBook Air and MacBook Pro. But at the same time, the iPad remains not quite as capable, as macOS still enables better multitasking.

Here’s how iPadOS 15 could address all that.

iPadOS 15’s final version is due this fall. The first iPadOS 15 beta is available now, but it’s the developer version, and not the public beta.

The first public iPadOS 15 beta will be here in July.

iPadOS 15 betas will get updates throughout the summer, giving developer beta updates the first chance to test new features before the public beta users get them.

iPadOS 15 should support the same iPads as iPadOS 14.

Here is the list of potential devices that will be able to run iPadOS 15. We will update this story as we learn more.

Both new iPad-exclusive and iOS 15 features are coming to the iPad, with the tablet gaining helpful multitasking tricks, widgets on the home screen, Notes app upgrades that remind us of Google Docs and more.

iPhone improvements found in FaceTime and notifications, coming from iOS 15, are also going to be a part of iPadOS 15. Oh, and macOS 15 will make it easier to use multiple Apple devices at once, with a cool feature called Universal Control, and it looks pretty cool.

Apple’s making multitasking easier with iPadOS 15, starting with new Menu buttons for multitasking at the top of the screen. With a tap or two, you’ll start using a split-view mode, and view your home screen to pull out the apps you want.

This is a welcome improvement from the way multitasking works now. Currently, you rely on the apps in your Dock (which can’t hold all the apps on your device), Users with keyboards had one extra trick, using Spotlight to find other apps, but that was insufficient. Now, you’ll be able to multitask with whatever apps you want.

Switching out one of the apps in your split view works just as easily. Just swipe down from the top of the app to see your home screen, to start finding a new app to multitask with.

Apple also highlighted a way to multitask further, where holding down on a message in Mail gives you the option to compose a reply in a window that stands on top of your split-screen. This didn’t seem especially major at first, but then we saw that you can minimize that reply to the Shelf, a new section that appears above the dock, where you can find other works in progress.

You also get to create new split-screen views in the app-switching Work Spaces mode. Just drag one app onto the other, and you’ve got them paired.

You always had the option to use iPadOS Widgets on your home screen, but they were … questionably … stuck in the menu on the left side of the screen. This issue is no longer a nuisance.

The WWDC 2021 stream showed off how widgets can now go anywhere on the home screen, making the most of that big iPad screen. Apple also introduced a new larger-sized widget, showing it off with the TV app, where you could see a list of content you could watch, and a spotlighted show (in this case, Apple’s own Mythic Quest).

App Library, the application management view that lets you remove apps from the home screen, but still view them in a menu, is now also on iPadOS. Just like the option to put widgets on the home screen, this was a curious absence from iPadOS 15, after being missing in iPadOS 14.

Apple’s Notes app is getting a lot smarter, starting with the ability to tag someone in a note. You simply type the @ symbol and their name, select and confirm the person you’re looking to add (we all know more than one person with the same first name), and you’ll bring that contact in to collaborate with you.

There’s also a new organizational tool for Notes — using hashtags. Now, if I write “#Blogs” in a note, there will be a #Blogs button in the Notes menu, that will show you all notes with that hashtag. This is a feature I’ve used for years in the Bear text editor app, and it helps you make folders without having to manage actual folders.

The biggest feature that reminded us of Google Docs is the Activity panel, which pops out from the right side of the screen. Activity shows you who made edits to the document, and at what time.

Having trouble getting a note started quickly? The new Quick Notes feature makes a note a simple drag of the Apple Pencil away. Moving the tip of the pencil inward from the bottom right corner, starts a Quick Note.

While you can simply write in this note, Quick Notes are designed to help you take notes with another app. The demonstrator showed how to easily pull the URL from the Safari webpage you’re using alongside with Quick Notes.

Quick Notes can be created on iPadOS, and then viewed on macOS or iOS — and you’ll be able to edit them on iOS too.

Apple’s also adding new keyboard shortcuts (which are getting their own menu) and an upgraded Swift Playgrounds for iPad, enabling the creation of iPad and iPhone apps.

Of course, the iPad is also getting some of the new iOS 15 features. Those will include Focus statuses to adjust how you get notifications, photo search in Spotlight, SharePlay for watching and listening to content with your friends and family in FaceTime and upgrades Apple Maps that make locations much more intricate.

Universal Control is another really neat shared feature, that allows iPads and Macs to be used with the same keyboard and mouse. You just move your MacBook’s cursor toward your other device, as if you’re dragging it off-screen and it moves to the other device.

The new Safari design, which has a new look for favorites and tabs, is also coming to the iPad.

Denial of responsibility! TechNewsBoy.com is an automatic aggregator around the global media. All the content are available free on Internet. We have just arranged it in one platform for educational purpose only. In each content, the hyperlink to the primary source is specified. All trademarks belong to their rightful owners, all materials to their authors. If you are the owner of the content and do not want us to publish your materials on our website, please contact us by email – [email protected]. The content will be deleted within 24 hours.
betacompatibilitydatefeaturesgadget updateiPadOSreleasetech boy
Share FacebookTwitterGoogle+ReddItWhatsAppPinterestEmail

The next MacBook Pro: The wait continues as Apple doesn’t release WWDC hardware