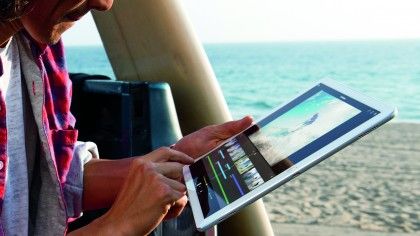 Following the launch of iOS 16 later this fall, you will no longer be able to use an iPad as a smart home hub to control HomeKit devices.

The news comes by way of iOS developer and MacRumors writer Steve Moser who dug through the code of iOS 16 Beta 2. He posted his findings on a long Twitter thread (opens in new tab) that goes through some of the other changes coming to Apple devices.

MacRumors reports (opens in new tab) that, upon updating an iPad to iOS 16, a new message will appear in the Home app that reads “A home hub is required to take advantage of features like receiving accessory notification and allowing other people to control your homes. You will not be able to view shared homes until those homes are also upgraded to the latest HomeKit. iPad will no longer be supported as a home hub here.”

If you go over to the iOS 16 preview page (opens in new tab) and scroll all the way down to the finer print, Apple further confirms this by stating only Apple TVs and HomePod devices can be used as home hubs. We reached out to the tech giant and asked if they could explain their motive for removing the iPad support, but didn’t get a response. MacRumors suggests the change may have to do with the new Matter support.

Matter is an upcoming smart home standard being developed by multiple tech companies including Apple, Google, and Amazon. It’s meant to be a universal protocol aimed at saving the smart home industry. The standard is slated for release sometime during Fall 2022, which just so happens to be the same launch window as iOS 16.

Apart from the iPad drop, the majority of changes are relatively minor. Moser states a lot of text will be tweaked. For example, Apple Car Key will now say “Passive entry may be available when your iPhone needs to be charged.” Certain apps, like Health, will have slightly different icons. It’s mainly tertiary stuff, but there are a few noteworthy additions.

For starters, Apple Maps will be getting new optimized routes for e-bikes. There will also be a “Game Mode”, but not much is known beyond that. iOS 16 does natively support Nintendo Switch Pro controllers, so this mode may be connected to Apple’s newfound gaming support. Moser also found Apple is working on a 3:2 aspect ratio for the iPhone Camera app that hasn’t been enabled. He claims it could be an addition coming to a future iPhone.

Remember this is just a beta. It’s unknown if and when any of these will be coming out. Except for iPads losing home hub support; that appears to be set in stone. You can actually try out the new iOS 16 beta for iPhones and iPads by downloading it from Apple’s developer website (opens in new tab). However, unless you are an app developer, we wouldn’t recommend it. These early betas are buggy and not intended for the device you depend on for communication, work, entertainment, and more. The good news is that public (read “more stable”) betas are probably just weeks away.

If you want to learn about how to establish a smart home, TechRadar has a guide on the best devices for 2022 to help you get started.

Denial of responsibility! TechNewsBoy.com is an automatic aggregator around the global media. All the content are available free on Internet. We have just arranged it in one platform for educational purpose only. In each content, the hyperlink to the primary source is specified. All trademarks belong to their rightful owners, all materials to their authors. If you are the owner of the content and do not want us to publish your materials on our website, please contact us by email – [email protected]. The content will be deleted within 24 hours.
abilitygadget updatehomehubsiPadsloseserveSmart
Share FacebookTwitterGoogle+ReddItWhatsAppPinterestEmail

Conductive polymer holds promise for the next generation of organic electronics