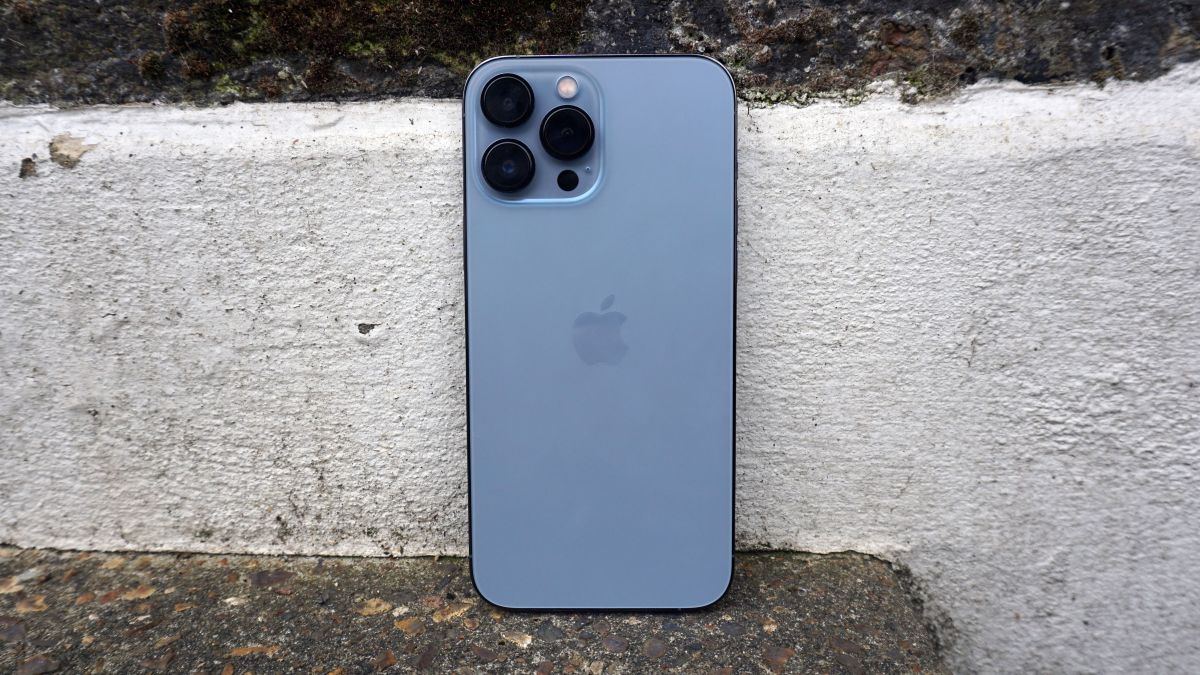 iPhone 14 Pro Max: here’s everything we know so far

The iPhone 14 line is fast approaching, and of the four rumored handsets the iPhone 14 Pro Max is expected to be the best, the most expensive, and arguably the most interesting.

With talk of a significantly changed design, no more notch, and big camera upgrades, among other improvements, there’s a lot to get excited about here. In fact, if every promising leak pans out then the iPhone 14 Pro Max could be the most exciting upgrade Apple’s brought out in years.

Below we’ll talk you through everything we’ve heard about this super-phone so far, including the likely release date and price. We’ll also add to this article whenever we hear anything new, so check back soon to stay in the Pro Max loop.

Our best guess for when the iPhone 14 Pro Max – and the rest of the iPhone 14 line – will be announced is September 13. We haven’t plucked that number from thin air, rather, a leaker has specifically pointed to that date.

So far only one source has, so we’d take it with a pinch of salt, but no other specific dates have been rumored and September 13 would make a lot of sense, as in recent years Apple has always announced new numbered iPhones around the middle of September, and typically on a Tuesday, which September 13 is.

That’s not when you’ll be able to get your hands on the phone though – expect it to ship around 10 days later, probably on Friday September 23.

However, while those dates look likely, there’s a chance they’re wrong, especially as lockdowns in China have apparently put production a few weeks behind. Though Apple is reportedly aiming to get back on schedule.

The iPhone 14 Pro Max might not look like any previous iPhone, as Apple is reportedly getting rid of the notch. We’ve heard this from a number of sources, with the earliest dating back to September, and including the render you can see below.

This image points to there being a small camera cut-out in place of the notch, much like many Android phones have. There’s also much less of a camera bump on the rear here, with the phone apparently being made thicker to achieve this.

The source adds that the frame is apparently made of titanium in place of stainless steel – which is something we’ve heard more than once.

This original leak comes from Jon Prosser, but a number of other high-profile leakers such as Ming-Chi Kuo and Mark Gurman have since also said that the iPhone 14 Pro Max won’t have a notch.

However, some of the details in the render above now sound like they might be wrong, as rather than just having a single camera cut-out, a number of sources now suggest the iPhone 14 Pro Max will have two – a small punch-hole one and a larger pill-shaped one next to it. You can see how this might look in a leaked schematic and in the leaked CAD (computer-aided design) renders below.

One of those renders also shows a large camera bump on the rear, and this might be more accurate, as a leaked schematic suggests the rear camera block will actually be bigger than on the iPhone 13 Pro Max – not smaller as the initial leak above stated.

While the iPhone 14 Pro Max sounds like it could be a big upgrade in a lot of ways, its screen might not be one of them, with Ross Young – a leaker with a good track record – claiming that it will have a 6.68-inch 1284 x 2778 OLED screen with a 120Hz refresh rate and 458 pixels per inch. Those specs would make it identical to the iPhone 13 Pro Max’s display.

We’ve similarly heard from Ming-Chi Kuo that the upcoming phone will have a 6.7-inch screen, and we wouldn’t expect Apple to change the size, as that’s not something it does often.

It’s still possible that some display details will change, such as the brightness, but so far it sounds much like the screen on the iPhone 13 Pro Max. Except, of course, that this time there probably won’t be a notch jutting out of the top.

The camera looks set for a big upgrade on the iPhone 14 Pro Max, as in place of the 12MP main (wide) sensor on its predecessor, this phone will reportedly get a 48MP one. That’s according to respected analyst Ming-Chi Kuo who has made the claim several times, but another analyst has also now echoed this claim.

Apparently, this camera would be capable of recording 8K video (up from 4K on the iPhone 13 Pro Max) and would be joined by two other cameras. We’ve heard less about these other two, but they may well be the same as before, meaning a 12MP ultrawide one and a 12MP telephoto snapper offering 3x optical zoom.

There has been some talk of a periscope camera capable of 5x optical zoom, but the current consensus seems to be that this won’t land before the iPhone 15 line next year.

The iPhone 14 Pro Max will reportedly have an A16 Bionic chipset, which is no surprise since the current model has an A15 Bionic.

How much of an upgrade this new chipset will be is less clear. While some sources suggest it could be made on a 4nm or even 3nm process – down from 5nm for the A15 Bionic – the most recent leak points to it sticking at 5nm.

Smaller numbers are better here and a move to a smaller number would typically suggest a significant bump in power and/or efficiency, but even if it sticks at 5nm it’s sure to see some improvements.

The RAM meanwhile could either be sticking at 6GB or increasing to 8GB depending on who you ask. We’ve heard the 6GB claim more than once though, so that’s looking more likely for now.

Storage could be getting a big boost though, potentially topping out at a mammoth 2TB. That’s double what you can get in the iPhone 13 Pro Max.

Another possible but less likely change is the use of an eSIM in place of a physical SIM. Current iPhones have both, and if Apple does make this move there will probably also be versions of the iPhone 14 Pro Max that support physical SIM cards, as not all mobile networks even support eSIMs right now.

The iPhone 14 Pro Max could have a bigger battery than its predecessor according to one source, though how much larger is unclear. This is a promising claim though, as the iPhone 13 Pro Max already has excellent battery life.

In the realm of unlikely features meanwhile there have been rumblings of a move from Lightning to USB-C. This will probably happen eventually – especially now the EU has made it a requirement from 2024 – but we doubt we’ll see it happen on the iPhone 14 line.

There’s also been talk of a portless iPhone at some point in the future, one which would only support wireless charging, but it doesn’t look likely that Apple will go that far for the iPhone 14 Pro Max.

Denial of responsibility! TechNewsBoy.com is an automatic aggregator around the global media. All the content are available free on Internet. We have just arranged it in one platform for educational purpose only. In each content, the hyperlink to the primary source is specified. All trademarks belong to their rightful owners, all materials to their authors. If you are the owner of the content and do not want us to publish your materials on our website, please contact us by email – [email protected]. The content will be deleted within 24 hours.
gadget updateHeresiPhoneMaxProtech boytech newstech news boy
Share FacebookTwitterGoogle+ReddItWhatsAppPinterestEmail

This Data and IT Security Training can make you a cybersecurity guru.