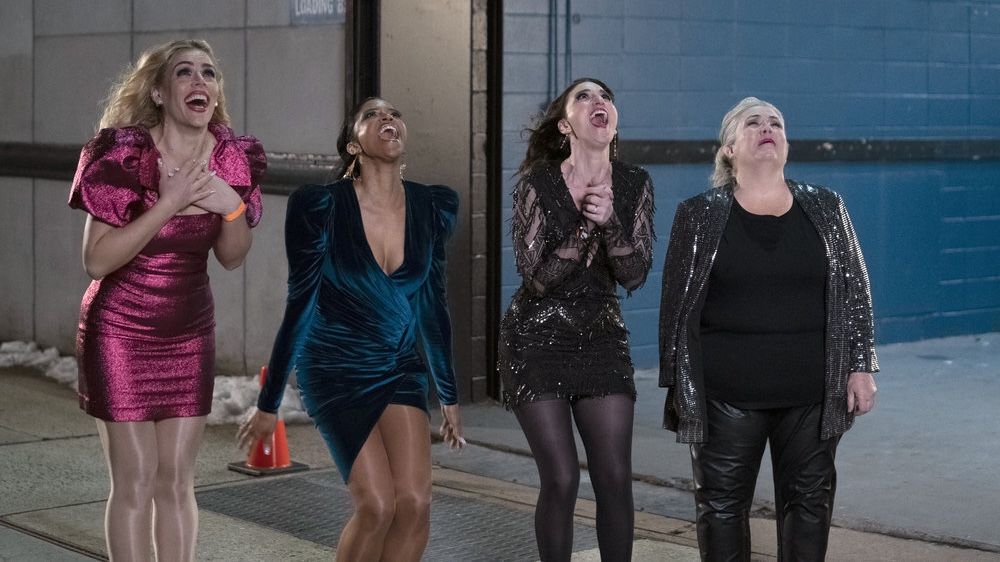 Is Girls5Eva season 2 going to happen?

Since its debut, fans have wondered if and when Girls5Eva season 2 will happen. The series arrived on Peacock in May and has been a smash hit with viewers. The musical comedy, created by Meredith Scardino (Unbreakable Kimmy Schmidt) and executive produced by Tina Fey (30 Rock and countless other hilarious shows you’ve no doubt enjoyed), is so good it convinced us to pay for Peacock just to finish season 1.

That’s because only the first three episodes are on the free Peacock, with the rest locked behind a paywall. So with the show a seeming success, scoring 100% on Rotten Tomatoes, 80% on Metacritic, and a 100% hit rate in our wallet, we have to ask if Girls5Eva will come back for season 2 or not.

Girls5Eva season 2 hasn’t been officially announced just yet, as there’s no word on a renewal (that said, we’ve got ideas on when it would arrive, below). The cast seems up for another round though, with Renée Elise Goldsberry (Wickie, the ‘fierce one’) saying she feels “confident” that a second season will get the greenlight.

Talking to Collider, Goldberry said, “You know, it’s crazy. Two things, first of all, we don’t even officially have a Season 2, and I’m such a realist, but I have never in my life felt so good and so confident about the opportunity to keep telling this story.

“I know for sure. I know for sure we are going to get [a second season] and no one has told me that we have. Before I saw any footage. Just because I know how chemistry works. I know how it feels.

“We need some people to dream something ridiculous. And to bravely pull it off. I just believe we need that. So, I’m confident about getting a second season, because who doesn’t want to see people keep doing that? We clearly still need it.”

Meanwhile, Busy Philipps is keeping hope alive for a second season by gifting a tongue-in-cheek prayer candle to the crew with the fictitious band emblazoned on it. Originally posted to her Instagram stories, but later shared on Twitter by a fan, the caption reads “Our gift to the crew — a candle with our faces on it to pray for Season 2.”

So, about that release date. The first season was announced in January 2020, and released on Peacock in May, 2021. While the pandemic undoubtedly affected the production schedule, if Girls5Eva season 2 gets the greenlight, we’d expect the show to drop some time in the first half of 2022. Of course, that’s presuming everyone’s schedules are in order and the series takes a similar amount of time to film.

If we get a Girls5Eva season 2, it’s pretty much a sure thing that we’ll see the band lineup return. So expect to see Sara Bareilles (Dawn), Busy Philipps (Summer), Paula Pell (Gloria), and Renée Elise Goldsberry (Wickie) make their comeback next year.

We learn that the fifth member of the band (Ashley Park as Ashley) died in a freak infinity pool accident, but makes an appearance in flashbacks throughout season 1. If the same formula continues in the second season, expect to see more of Park too.

Beyond that, we’ll have to sit tight and wait for official news!

Denial of responsibility! TechNewsBoy.com is an automatic aggregator around the global media. All the content are available free on Internet. We have just arranged it in one platform for educational purpose only. In each content, the hyperlink to the primary source is specified. All trademarks belong to their rightful owners, all materials to their authors. If you are the owner of the content and do not want us to publish your materials on our website, please contact us by email – [email protected]. The content will be deleted within 24 hours.
gadget updateGirls5Evahappenseasontech boytech newstech news boytech update
Share FacebookTwitterGoogle+ReddItWhatsAppPinterestEmail

Apple will reportedly launch iPad Pro with wireless charging and glass back in 2022- Technology News, Firstpost

Phones shipping with Android 13 will require a technology created by…Huawei?