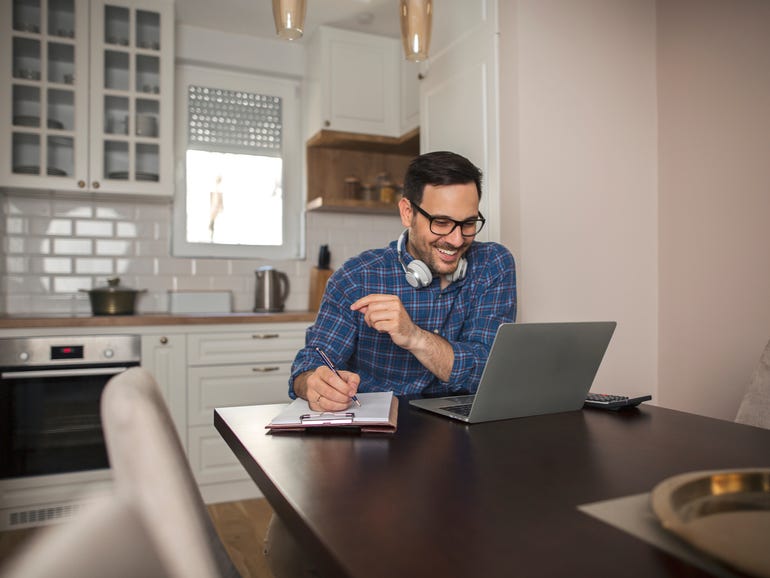 Is remote working here to stay? The data might surprise you | ZDNet

The shift to remote and hybrid work is something that has become common for many office workers. For particularly in-demand skilled workers like developers it’s even become a key demand and some are walking away from jobs that don’t give them the freedom to work where they choose.

Questions remain, however: Will this remote working bubble burst? And will offices return to their pre-pandemic capacity?

According to data from 50,000 of the US and Canada’s largest employers, remote working is here for the long haul.

The Q1 2022 Quarterly Remote Work Report by careers platform Ladders found that a quarter (24%) of all professional jobs in the US and Canada are now permanent remote roles, with the number of roles being advertised as non-office based rising sharply even from the final quarter of 2021.

By Q4 of 2021, three million additional news made the transition to permanently remote, Ladders found: an abrupt increase that researchers said “may indicate permanent change in the US.”

SEE: The future of work: How everything changed and what’s coming next

The sharp increase in remote roles was higher than researchers had predicted. In Q4 2021, 18% of all professional jobs in the US and Canada were hiring remotely. Ladders had estimated that this would increase to 25% by the end of 2022.

“Even optimistic estimates did not match the speed at which remote jobs grew in Q1,” the report said. “The outlook for remote jobs in 2022 and beyond is positive and may exceed expectations.”

The top industries hiring for remote work, as a percentage of all of their jobs were enterprise technology, hospitality and recreation, information technology and technical services

Likewise, the industries hiring the least for remote work were aerospace and defense, hospitals and medical centers, and real estate and construction.

Perhaps unsurprisingly, tech jobs featured heavily amongst the positions most likely to be hired as remote roles, reinforcing the notion that companies are having to expand their searches for tech talent and make greater allowances for flexible working due to intense demand.

“Current trends indicate that companies wishing to keep top talent should be cognizant of the remote work options increasingly available to employees, and the preference for remote work that has developed among the North American workforce throughout the pandemic,” the report said.

SEE: Remote and hybrid work: 5 tips for making it a success

Large employers have been rushing to hire remote over the past two years. Again, the list was dominated by well-known technology companies such as with Dell, Turing, Salesforce, Citrix, Twilio and Dropbox.

Ladders said the findings represented a “sea change in the attitudes of hiring managers across industries regarding remote work” that could help transform cities and small communities alike by moving high-paying tech jobs beyond the walls of large cities.

The report noted that more data was needed to determine what caused the sharp upwards trend of remote hiring in Q1 2022, but suggested that it could be a result of businesses coming to terms with a new work landscape shaped by the global pandemic and shifting employee expectations.

“Although these ideas are speculative, they are grounded in the changes we are witnessing, recording, and analyzing,” the report said.

“Regardless of individual feelings, the pandemic created a new reality which either works randomly in favor of personal preferences or doesn’t.”

Denial of responsibility! TechNewsBoy.com is an automatic aggregator around the global media. All the content are available free on Internet. We have just arranged it in one platform for educational purpose only. In each content, the hyperlink to the primary source is specified. All trademarks belong to their rightful owners, all materials to their authors. If you are the owner of the content and do not want us to publish your materials on our website, please contact us by email – [email protected]. The content will be deleted within 24 hours.
Datagadget updateremoteStaysurprisetech boytech newstech news boy
Share FacebookTwitterGoogle+ReddItWhatsAppPinterestEmail

How climate-friendly is an electric car? It all comes down to where you live